Growing PLAN strength and influence in the Indian Ocean force the Indian navy to dispatched warships to conduct unprecedented patrols.

India is conducting more warship patrols than ever before, amid fears it may lose its dominant position in the Indian Ocean as China’s naval power growing rapidly.

According to senior Indian naval officials, the seas off India have not seen such a large number of naval vessels coming in since World War II. The reason is that the US and its Western allies are increasingly deploying more warships to this area.

Bloomberg reported that about 125 foreign naval warships are present in the Indian Ocean at all times, roughly three times the number deployed in the wake of the Sept. 11 terrorist attacks when the U.S. invaded Afghanistan.

While Indian officials are confident they can manage the threat for now, a lack of funding threatens the country’s ability to keep pace with China and other nations. Most Indian submarines critical to controlling the oceans are about two decades old, and plans to increase the warship fleet to 200 — including a third aircraft carrier — keep getting delayed.

India now has about 130 warships, roughly a third of China’s naval fleet comprising 350 ships and submarines — the largest in the world. Despite that, last year the navy saw the biggest gap among India’s three military services between requested and actual funds, prompting a parliamentary panel to ask the government to stop making further reductions.

The navy’s budget will be in focus on Feb. 1, when Prime Minister Narendra Modi’s government presents its annual spending plan in parliament. In the last five years, the shortfall between what the Indian Navy requested and what it got ranged from 5% to 41%, the panel of lawmakers said in a 2020 report to the government. In the latest report submitted last month, they said the navy’s allocation was “less than half the amount” it wanted. 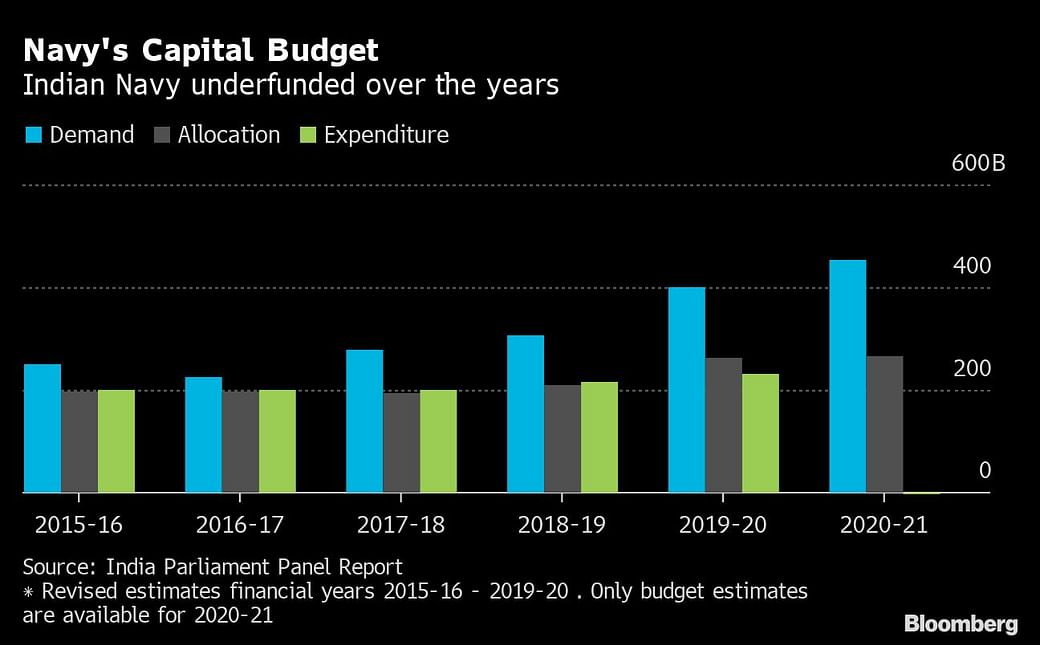 “Over time as the region gets more militarized, tension in the area is bound to increase,” said Anit Mukherjee, associate professor at the S. Rajaratnam School of International Studies who wrote a book on India’s military. “The solution for India is to develop the navy if it wants to address its growing diplomatic and strategic needs.”

Chinese warships have been present in the Indian Ocean since 2008, and India is constantly watching three to eight of them that are continuously on patrol, Chief of Naval Staff Admiral R. Hari Kumar told reporters in December. “I want to assure you the Indian Navy is confident of defending India’s maritime interests,” he said.

India has permanently deployed warships at five choke points in the Indian Ocean, stretching from the Gulf of Aden in the west to the Malacca Strait in the east. The waters carry some of 40% of the world’s oil from fossil-fuel producers in the Middle East to some of Asia’s biggest economies. 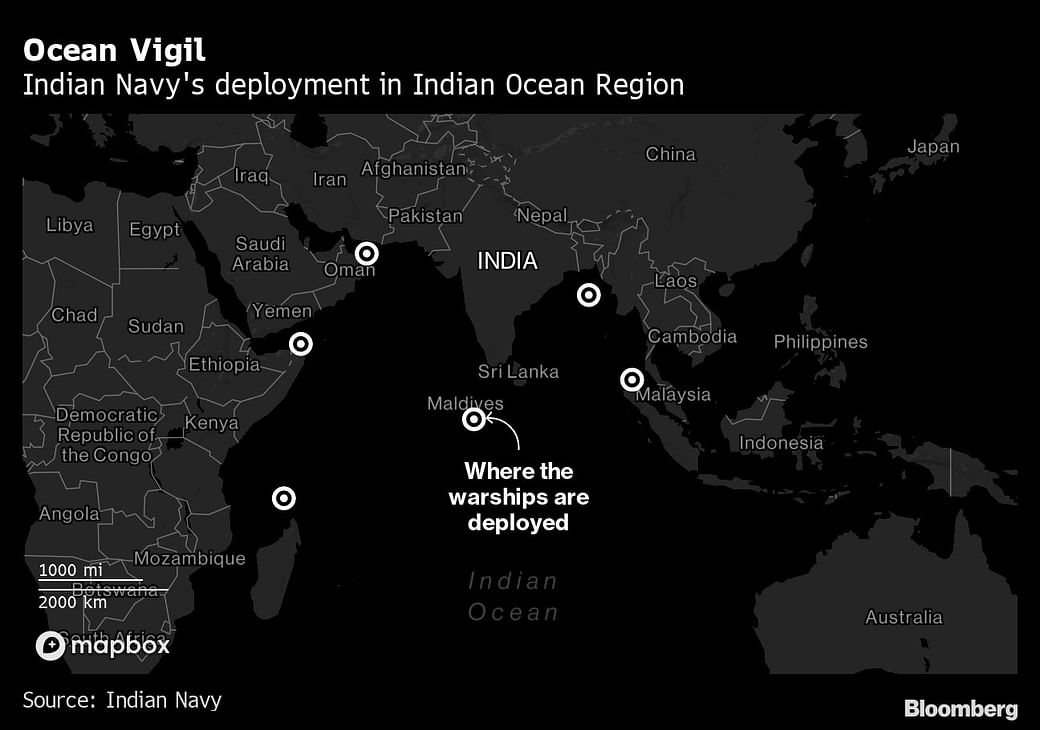 Last year the Indian Navy carried out an all-time high of 50 joint exercises with friendly navies, including one with Japanese warships around the Malacca Strait, said a senior naval official.

Still, India has been cautious to avoid antagonizing Beijing as the two countries battle along their contested Himalayan borders. Modi’s government has turned down requests from friendly navies to jointly patrol the South China Sea, another naval official said.

India’s navy has sought to demonstrate its reach with humanitarian missions. In 2015, more than 26 countries, including the U.S., turned to India to help evacuate their citizens when civil war in Yemen intensified. Half a dozen Indian warships were able to rescue 4,000 Indian citizens as well as 1,200 foreigners before Port Aden was bombarded.

In the last two years, the naval ships have sailed 40,000 nautical miles — or twice around the earth — carrying food, medicines and weapons to Indian Ocean countries. On Dec. 26, an Indian warship sailed into Mozambique for the first time carrying weapons and humanitarian aid.

Overall leaders in India’s capital have become “more aligned with the Indian Navy’s view of the country’s interest in the maritime domain,” said Nilanthi Samaranayake, a director of the Strategic and Policy Analysis Program at CNA, a U.S.-based research organization. “Especially if it relates to the safety of Indian citizens working overseas and remittances to the national economy.” -Bloomberg

Russian troops massively destroyed the positions of the Armed Forces of Ukraine in Vugledar.