In the 1960s, a bomber appeared and became the fastest strategic bomber in the world. Although only two were produced in total, his record has not been broken to date. Considering the cost at the time, it even surpassed the aircraft carrier. Which plane is this?

This is the American XB-70 Valkyrie supersonic strategic bomber. It was a high-altitude, high-speed strategic bomber developed by the original North American Airlines in the 1960s. It flew for the first time in 1964. It can reach a speed of Mach 3.1 and a flight altitude of 23,000 meters. The length of the aircraft is 59.74 meters, the height is 9.14 meters, the wingspan is 32 meters, the maximum take-off weight can reach 249,476 kilograms, and the fuel capacity can reach 136 tons while its needed only two people to operate.

The aircraft was indeed enormous. According to NASA chief historian Christian Gelzer, “its cockpit was three stories in the air, its delta wings stretched one hundred five feet and it was one hundred eighty-five feet long. Six General Electric YJ93 jet engines could propel the plane at speeds up to Mach 3, three times the speed of sound.”

It adopts the overall layout of a canard, no flat tail, and large delta wings. During high-speed flight, the temperatures can be can reach 400 degrees Celsius. If traditional aluminum alloys are used, there is definitely no way to resist.

Therefore, in order to solve the problem of high temperature, titanium metal that is difficult to handle was selected. According to the technology at the time, it was definitely a high-tech existence. After all, titanium alloy itself was a very expensive material at that time. Even it was not mature at that time. It can be said that engineers have found a lot of technical methods before successfully turning it into one of the materials of XB-70. 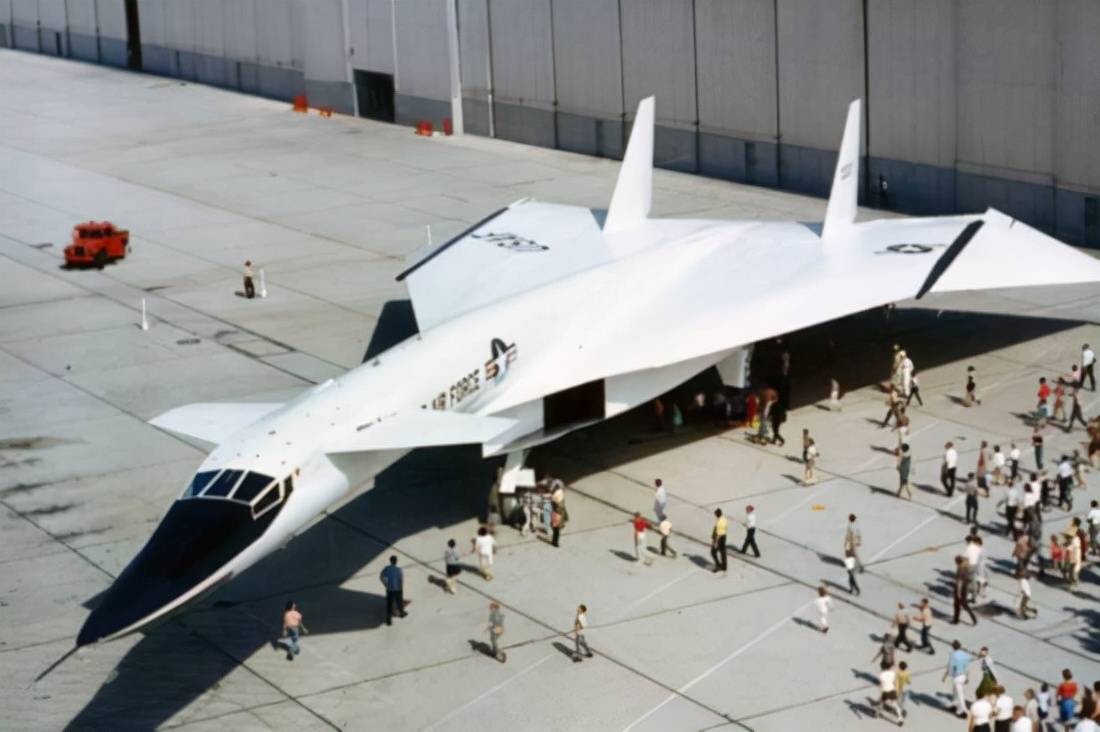 However, the XB-70 does not need it. It can achieve true emergency take-off capability. It only takes 25 minutes from warming up to leaving the runway. Taxiing time is only 45 seconds at the fastest. The pilot does not need to undergo a physical examination or even wear any special suit. The flight suit does not have any physiological impact, and in order to fully meet the needs of strategic bombing, its bomb load has reached 11340 kg. If it needs to perform a nuclear bombing mission, it can also carry 14 nuclear bombs plus other huge weapons.

In my imagination, the XB-70 is indeed a very good and engineering marvel aircraft. However, during the first flight, there was an accident. When landing, there was fire damage to the left main landing gear. So after improvement, the second XB-70A bomber was very good. It was about to enter the test flight stage, and it can be seen that the problem of the first upper wing structure has been perfectly solved.

However, in just one year, it collided with F-104 and crashed. During that flight, the second XB-70 prototype, at a speed of Mach 3, continued to worry about 3840 kilometers, which took 33 minutes in total. , Has successfully reached the goal and perfectly confirmed the design concept. Such an aircraft at the time can be said to be a symbol of hope.

However, it didn’t take long for the XB-70A to collide with the accompanying F-104N fighter in the air during a formation flight to take a fixed makeup photo in the air. The F-104N exploded and the XB-70A collided in the air due to being too close. Because the left vertical tail was hit, it became uncontrollable and eventually crashed. This time the incident happened.

Besides, the US F-35 carrier-borne fifth-generation aircraft is the only carrier-borne fifth-generation aircraft in the world. Its strength is unquestionable, and its cost is an average of US$150 million per aircraft, an XB-70A aircraft. The cost is equivalent to 4 F-35s and there are surpluses. I have to say how distressed the US military was at that time to surpass Soviet Russia.

Coupled with the design of the XB-70, it can be said that it is aimed at a high-end strategic bomber. If everything goes well, it is very likely to become a “national treasure”, and because of this accident, it directly accelerates the XB-70.” “Death” is an alternative interpretation of the fact that they die before leaving the division, but according to various data, it is clear that there is no strategic bomber that can match the speed of the XB-70. In addition, there are many advantages.

However, with the development of the times, the elimination of XB-70 is also inevitable. It is only the crash accident that has accelerated this process. For example, the US’s transformation of nuclear strategy and the development of ballistic missiles have gradually made XB-70 lose its existence.

At that time, the former Soviet Union already possessed intercontinental ballistic missiles. Such a range has included the United States’ territory. Facing the possibility of nuclear attack on the mainland, it naturally made a Change in nuclear strategy.

In addition, the Soviet air defense network was also strengthened at that time, so the achievable strike success rate of bombers was greatly reduced, and the success rate of combat missions was reduced. It was not as easy to achieve attacks as intercontinental ballistic missiles. XB-70 had no meaning to exist, naturally. No longer will spend a lot of money on R&D and manufacturing, so naturally, this project can only be canceled.

So the third XB-70B prototype was halfway built, and it was cancelled, so a total of two were produced and built, but once again realized the strength of the United States in the military. As far as the product of the 1960s is, it is in many countries. The existence that can’t catch up.

How much powerful is the Russian Sukhoi SU-30SM?