On 28th January, 2022 India’s BrahMos Aerospace and the Philippines signed a deal to export three batteries of BrahMos supersonic anti-ship missile to the Philippines worth almost $375 million.

It is the first export contract for the joint development of the BrahMos supersonic anti-ship missile between India and Russia and will pave the way for more such agreements between India and other ASEAN countries such as Indonesia and Vietnam.

The Philippines takes a fancy to “BrahMos”

The BrahMos deal is being seen as a game changer as India’s defence exports so far have been items such as avionics, coastal surveillance systems, spares for radars, personal protective items, and offshore patrol vessels.

As a missile that is frequently seen in newspapers, everyone is no stranger to it. Due to the joint development of India and Russia “BrahMos” missile is progressing very smoothly. The missile began to be designed in 1999 as a basic ship-to-ship missile, and the first test launch was successful on June 12, 2001. , The ship-to-ship missile began mass production in 2004, and was officially equipped with the Navy in 2007. On the basis of the basic ship-to-ship missile, since 2001, India has simultaneously modified and developed the development of airborne, submarine-launched and shore-based related models.

At present, all models have completed the development work. The shore-based model was equipped to the Indian Army in 2007, the submarine-launched model completed the test launch in 2013, and the airborne model began development in 2012 and entered service in 2019. In addition, the Indian Army, Navy and Air Force have agreed to clarify requirements for the next-generation BrahMos missiles to be jointly invested and procured by the three services.

The shape of the missile head of “Brahmos” is very similar to the Soviet-made MiG-21 fighter. It adopts the design of head vertebra air intake, which can ensure that the missile has good air intake efficiency and is conducive to supersonic flight. “BrahMos” adopts the composite guidance method, the cruise section adopts the guidance method of inertial guidance + satellite navigation, and the end adopts the active/passive radar seeker. At the end of the flight, the missile descends to a height of about 10 meters close to the sea level and performs a snake-like maneuvering ballistic flight to avoid the enemy’s interception, and has the ability of “fire and forget”. The missile is supersonic throughout the flight phase, with a maximum speed of Mach 4 at the end.

As a type of missile with anti-ships as its main task, although the “BrahMos” anti-ship missile has been in service for more than ten years, India’s continuous improvement has made the missile still have several advantages: First, it has strong Since the surface of the missile body is coated with radar absorbing paint developed by India, the probability of being discovered can be minimized. In addition, the missile uses a ramjet engine, and the maximum flight speed of the terminal section is close to Mach 4, which compresses the opponent’s interception window.

Secondly, the guidance accuracy is so high (1m CEP), and the missile comprehensively adopts the composite guidance method of inertial navigation + satellite navigation + active/passive radar, which has the strong anti-jamming ability; lastly, it has a long range and an export model with a maximum range of about 290 kilometers, which ensures the launch platform to the greatest extent safety, while the extended-range BrahMos missiles used in India have a range of more than 450 kilometers, while the latest sea based Brahmos has a range of 800 km.

The shore-based “BrahMos” missile system exported to the Philippines consists of a mobile command post (MCP) and 4-6 launcher. Each launch vehicle is equipped with 3 missiles, which can attack 3 different targets at the same time, or can be launched in various other combinations. The land-based version of the launch vehicle is also equipped with an inertial navigation system and a global positioning system.

Based on the data, the introduction of the “BrahMos” missile by the Philippines has aroused great attention from the outside world, and some international media even made a sensational voice: “Once it is included in the Philippines, this kind of super missile with a strike range of up to 300 kilometers Within the range of the missile, any opponent needs to think twice, this world’s fastest anti-ship missile will give the Philippines a strong deterrent force”; Brahmos’ anti-ship missile only leaves the enemy 22 seconds Reaction time, can beat any country’s warship in the world.

It is worth mentioning that China’s Huangyan Island is about 240 kilometers away from the mainland of the Philippines. Once the “BrahMos” missile introduced by the Philippines is deployed, it can theoretically control its surroundings. The missile can also be deployed on the northern side of the Philippines and can capture the Bashi Channel.

As far as the weapon system is concerned, although the “BrahMos” anti-ship missile is fast in the whole flight, it can fly with a high ballistic trajectory in order to reach the theoretical range of 290 kilometers. If you want to have a low trajectory all the way to avoid detection by the opponent’s radar, the missile’s range drops sharply to about 120 kilometers. The “BrahMos” missile has a high ballistic cruising altitude of about 15,000 meters, and at the same time, due to the fast flight speed, it’s hard to intercept, even Chinese air defence such as Haihongqi-9, Haihongqi-16 cant intercept Brahmos missile.

From the perspective of the Philippines, on the one hand, its industrial manufacturing base is very backward, and it lacks modern long-range reconnaissance, communication, command and control subsystems that can be matched with “BrahMos”. And relying only on the supporting radar detection system, it is difficult to exert the strike capability of the “BrahMos” missile. In addition, the Philippine army has not been equipped with such complex weapons before, and the personnel also lack the experience of using such high-tech weapons. Amid these issues India will provide full support on both technical and personal training. 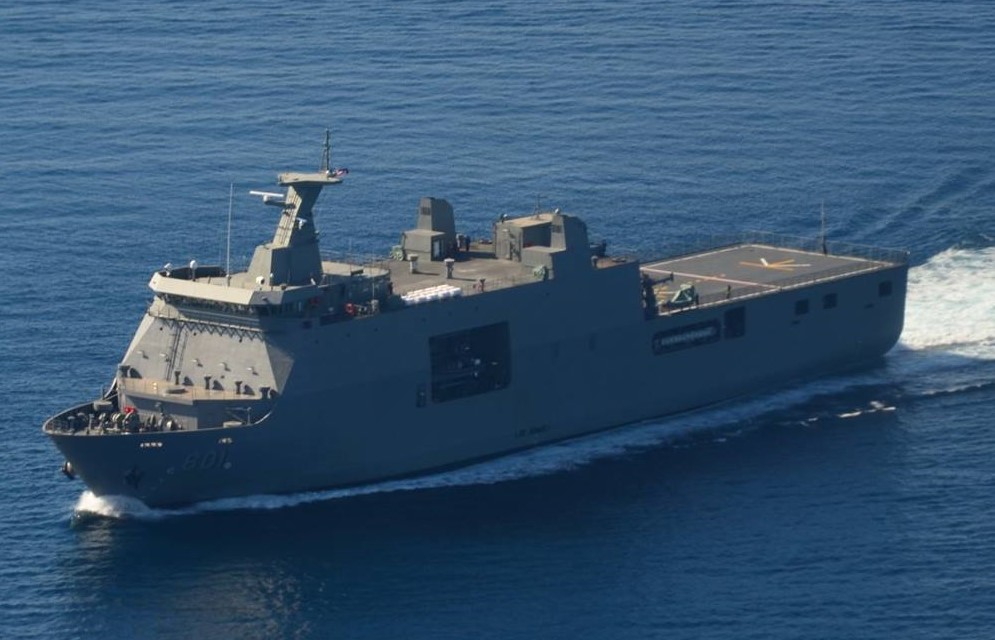 The Philippine Navy is not what it used to be

In recent years, the Philippines has vigorously promoted national defense modernization. Under the guidance of the “Horizon” plan, it has imported advanced frigates, anti-ship missiles, light fighter jets, and other modern equipment from abroad.

On December 28 last year, South Korea’s Hyundai Heavy Industries Group announced that it had won an order to build a 3,200-ton frigate for the Philippine Department of Defense (DND) to build and deliver two HDC-3100 frigates to the Philippines by 2026. This class of ship is actually an expanded development of the HDF-2600, with a displacement increased to 3,200 tons. The ship is equipped with 76mm naval guns, torpedoes, anti-aircraft missiles and anti-ship missiles and other weapons. It is said that the ship is equipped with weapons provided by South Korea. The SSM-700K “Sea Star” anti-ship missile has a maximum range of 150 kilometers.

Against the backdrop of the boom in submarine equipment in Southeast Asia, the Philippine Navy is also looking to acquire submarines. In January this year, Vice-Admiral Giovanni Carlo Baqueto, commander of the Philippine Navy (PN), told the Philippine News Agency (PNA) that Manila had decided to use 70 billion Philippine pesos to order two Submarines, including their integrated logistics. Lieutenant General Baktor said. Internationally, companies from South Korea, France, Turkey and India have shown strong interest in the Philippine Navy’s submarine program.

If the submarine purchase plan is successfully implemented, coupled with the purchase of several new frigates from South Korea and the acquisition of several second-hand warships, the modernization of the Philippine Navy’s equipment will be greatly improved. Combined with the acquisition of “Brahmos” shore-to-ship missiles from India, and Compared with the Philippine Army and Navy, which relied on second-hand ships to support the scene 10 years ago, its overall strength can be described as different from what it used to be.