As part of the replacement process, the new Kalashnikov rifle was to be made in a joint venture production facility located in Amethi, Uttar Pradesh. The factory manufactures the AK-203 variant of the Kalashnikov family of rifles, which along with the SIG716, manufactured by United States-based SIG Sauer will replace the INSAS rifles as well as the AK-47s. The first batch of 10,000 SIG Sauer rifles was delivered in December 2019.

The outlet explained that the lengthy negotiations resulted in Russia giving up royalty rights on each rifle manufactured in India but securing the right to be paid for technology transfer. The outlet attributed the main reason for the project’s delayed start to the OFB’s higher rifle quotation than “what a direct import from Russia would have cost.”

The delayed start of the project forced the army to order a batch of 72,000 SiG716 rifles from the US to attend to a pressing need. The military has ordered the same number of rifles this year.

The problem is that a series of wrangling between India and Russia led to the joint venture arsenal established in March 2019, which is still unable to produce the AK-203 assault rifle, and the key agreement has never been reached. With Russian President Vladimir Putin’s upcoming visit to New Delhi on 6th December, a key agreement has been reached to allow India to produce AK-203 assault rifles as soon as possible. This has also become the focus of cooperation between Russia and India. This not only has strong political significance but also The Indian army has a strong military significance: the active Indian-made Assault rifle INSAS has long been unable to meet the needs of the Indian army in terms of reliability and other aspects.

According to the news released by the press office of Russia’s Kalashnikov Group, the negotiations between Russia and India to produce AK-203 assault rifles locally in India have entered the final stage. If all goes well, once the key agreement is reached, it is likely to be this year. Sign the contract before the end of the year and allow India to start producing AK-203 assault rifles early next year. 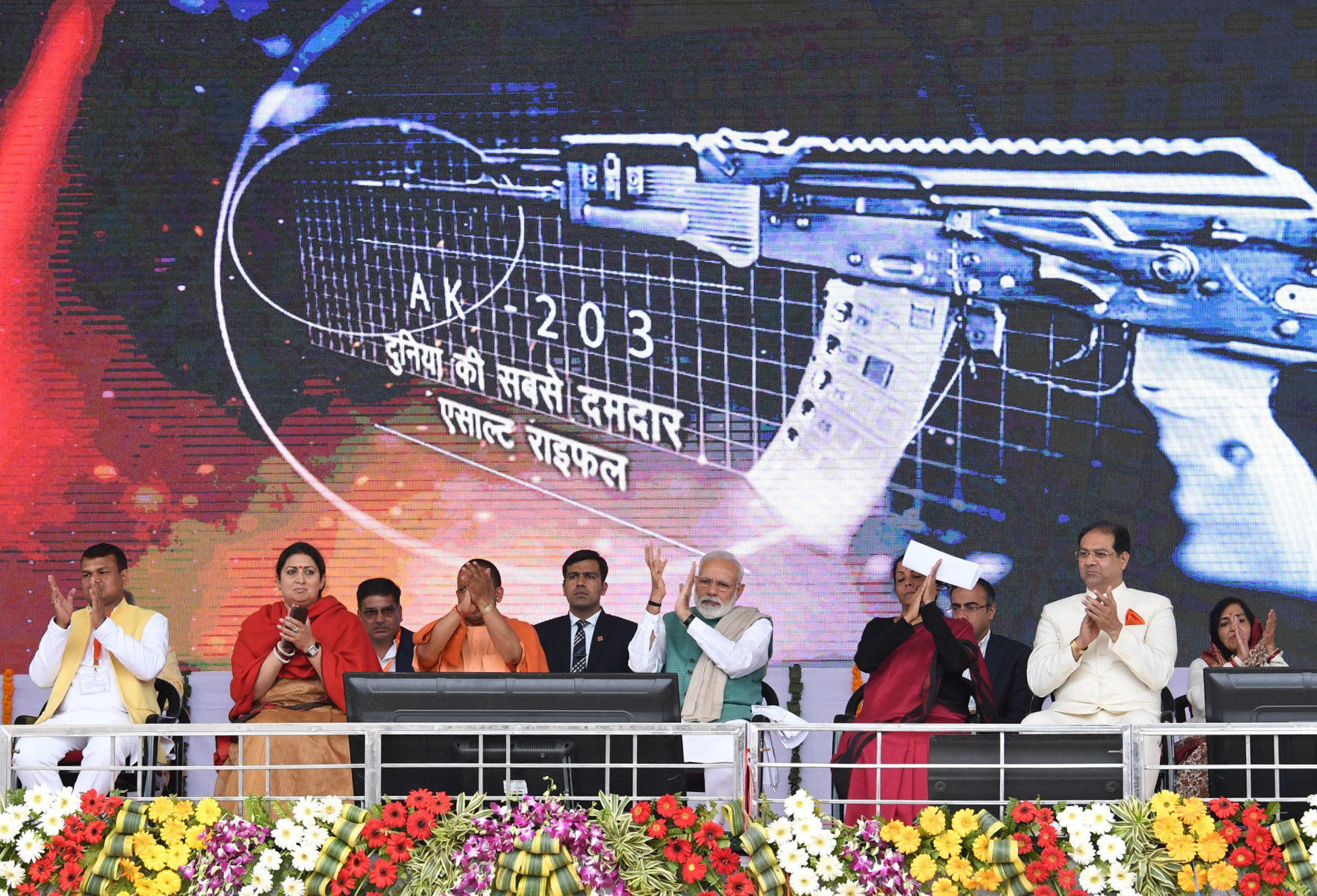 The Russian-Indian joint venture “Indo-Russian Rifle Private Limited” (IRRPL) was established in March 2019 in Korwa Town, Uttar Pradesh, India. India owns 50.5% of the shares. According to the plan, India will produce about 70% with the support of Russia. Ten thousand AK-203 assault rifles. The initial 70,000 AK-203s will mainly be assembled with spare parts provided by Russia. After that, India will gradually increase the localization of the AK-203, and finally realize 100% of the AK-203 assault rifles made in India. The AK-203 assault rifle produced in India will not only equip the Indian army on a large scale, but also have the right to export.

Like other Russian weapons produced in India, the unit price of the AK-203 assault rifle produced in India is expected to reach about 70,000 rupees, which is slightly cheaper than the SIG716i assault rifle (less than 90,000 rupees) purchased by India from the United States. At present, the Indian army has begun to equip a large number of SIG716 assault rifles. The Indian army is very satisfied with this American-made rifle that fires 7.62X51mm full-power ammunition.

Russian President Vladimir Putin will visit India on December 6 for the annual bilateral summit to hold the inaugural ‘2+2’ ministerial dialogue between the two countries. This summit can resolve a series of contracts, Problems, tedious negotiations, and detailed wrangling that have prevented India from mass-producing this high-tech Russian rifle.