Hailed by the Western and Turkish media as a “game-changing weapon”, the TB2 UAV, which Ukraine bought from Turkey, Suddenly has “disappeared” in the Russia-Ukraine war.

A significant number of Bayraktar TB2 unmanned aerial vehicles (UAVs), contained in the arsenal of the Ukrainian Army, have been shot down by the Russian military, or damaged due to improper use. The Russian newspaper found out why the TB2 UAV is not working effectively, during Russia’s special operation in Ukraine.

Now many so called defence analysis will may not agree with my statement and will show me the proof of destruction done by TB2 in Ukraine Russian war especially Turkish people. So please read the article till the end, then share your opinion.

On March 14, the official spokesman of the Russian Ministry of Defense, Major General Igor Konashenkov, said that during the special military operation of the Russian Army in Ukraine, on March 13 alone, the Russian army shot down 4 Ukrainian UAVs, including 1 TB2.

According to estimates from various sources, from the beginning of Russia’s special military operation (from February 24) until now, the Ukrainian Army has lost from 16 to 21 TB2 UAVs. At the same time, according to the official information of the Ministry of Defense of Ukraine, as of September 2021, Kyiv had 24 TB2 UAVs. One TB2 UAV cost $10 million.

In 2020, Turkey agreed to transfer TB2 UAV production technology to Ukraine; In addition, the US and Canada provide electronic equipment. The Kyiv authorities announced that production of the TB2 UAV will begin in December 2021, but did not provide further details.

Russian military expert Dmitry Litovkin told to Gazeta.Ru, “Clearly, the TB2 UAV is a weapon suitable only for use in medium and low intensity conflict environments. When faced with an army of high technology, equipped with an extensive air defense system, the TB2 UAV cannot be effective.

Litovkin noted that the TB2 UAV could only pose a particular danger to the self-proclaimed republics of Lugansk and Donetsk before the start of the special Russian military operation, because at that time the militia “did not have air defense system” respectively

Mr. Litovkin also said that, then, any drone could endanger the self-proclaimed republics, even freely attack the positions of the militia, because the militia does not possess modern anti-aircraft weapons.

At the same time, expert Litovkin noted that, in the event of a confrontation with the Russian army, the Turkish TB2 drones will become useless, since the units of the Russian Army, are protected by multi-layer air defense system.

“In the conditions of confrontation with forces, equipped with good air defense of many layers, the drones cannot operate effectively. The Russian military is capable of creating a dense air defense environment to counter such threats,” Litovkin said.

According to the editor of the magazine military expert Alexei Leonkov, the TB2 UAV is in fact an easy target to be detected and successfully shot down by the Russian air defense system.

“This has been proven from the conflicts in Syria and Libya; UAV TB2 only works effectively in low- and medium-intensity conflict conditions, especially against guerrilla warfare and insurgency; or in the case of a weakened air defense system as in the Nagorno-Karabakh battlefield”; Leonkov said.

Leonkov also said that the Bayraktar TB2 drone is a large object, equivalent to a light manned fighter aircraft, “it glows on radar like a Christmas tree”.

“Moreover, TB2 UAVs have a special feature, there is a landing gear in front of the CCTV camera and for the camera to work smoothly, when the TB2 UAV takes off, the front landing gear is retracted. 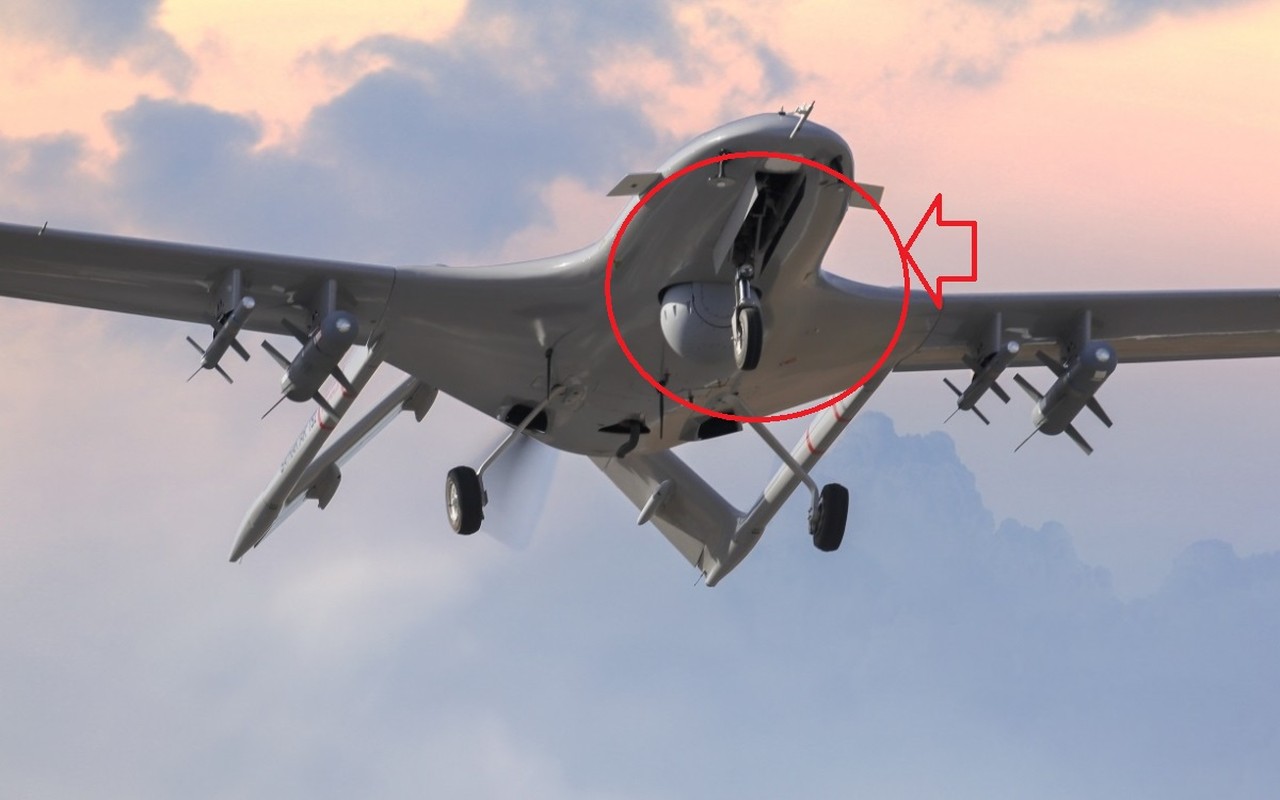 According to Leonkov, the speed of the Bayraktar TB2 drone is also very low, only 240 to 300 km per hour, so “it can not escape from air defense system missile.

“Because the TB2 UAV itself has a fairly simple structure, it does not have sensors that indicate being tracked by radar or incoming anti-aircraft missiles, for self-defense; it all depends on the ground control personnel, hundreds of kilometers away from the battlefield location.

In addition, the Russian Army actively blocked the airports where the TB2 UAV took off and searched for ground control stations; while suppressing by electronic warfare systems. Therefore, the effectiveness of the TB2 UAV in the Ukrainian battlefield is very low; it’s an easy target”; expert Leonkov said.

According to Leonkov, Kyiv believes in Turkish advertising because “all the media in the world put the Bayraktars TB2 drone in the clouds, seeing it as a weapon that changes the battlefield. But miracles did not happen in Ukraine.”

“For example, no one paid attention to the open analysis of the US military to Congress, which criticized these drones. The US military was talking about TB2, not Russia’s drone.

For example, footage is shown in which Bayraktar TB2 shoots down multiple targets. But for these “multiple targets”, it’s really just a TB2 UAV hitting one target, but shot from different angles.

Therefore, once again, the Bayraktar TB2 UAV can only be promoted in battlefields when the enemy has weak air defense forces and its achievements are still controversial; but on the Ukrainian battlefield, the TB2 UAV disappeared, not helping to improve the Ukrainian Army”; Leonkov expert concludes.

US corporation wants to sell long-range UAVs for 1 USD to Ukraine.