The US developed a stealth warship Sea Shadow inspired by the F-117 stealth fighter, but the project failed and the prototype was sold off in 2006.

The US has always been a leader in stealth weapon design, but not all of their weapons projects are successful, obviously when you make something new there always a big chance of failure, the Sea Shadow stealth warship developed by Lockheed Martin is one of them.

A team of engineers from Lockheed Martin’s Skunk Works office began developing the Sea Shadow stealth warship in 1978, looking to apply the stealth capabilities of submarines to surface ships.

It was not until 1993 that the project was publicized with a Sea Shadow prototype about 50 meters long and with a crew of four. The Sea Shadow program was inspired by the F-117 stealth aircraft, which was also the world’s first stealth fighter.

Sea Shadow has a length of 50m, a width of 21m, a maximum displacement of 563 tons and The ship was equipped with a Diesel-electric engine that can run at a speed of 26.3km/h.

Lockheed Martin said the design of the Sea Shadow with angular surfaces, this was a non-traditional warship design at the time of its birth. Engineers discovered that the angled surface was able to scatter sonar waves, while also reducing engine and internal sounds of the ship. The Sea Shadow battleship development engineer team performed sound tests at several special facilities and made major improvements to the program.

The ship’s avionics were also state-of-the-art at the time of their inception. Weapons are completely hidden inside the hull to increase stealth, when it is necessary to fire the doors will open and rockets from within the hull will launch.

However, the US Department of Defense at the time showed little interest in such tests until Ben Rich, the head of Lockheed Martin’s Skunk Works office, adapted the idea to apply to warships. water surface.

The Skunk Works office then contracted with the Defense Advanced Research Projects Agency (DARPA) to apply stealth concepts and materials to surface ships and examine the effects of seawater on surface ships. with radar absorbing materials.

Sea Shadow was developed in complete secrecy and was assembled on a semi-submersible barge in Redwood City, California. Sea Shadow uses a seaplane twin hull design (SWATH), requiring a crew of 4 to operate, including a commander, pilot, navigator and engineer.

Sea Shadow’s first tests in 1981 did not yield good results. Sea Shadow creates too large water trails when operating, easily detected by hydroacoustic systems or aerial reconnaissance. Engineers discovered that this large water splash was caused by the ship’s propellers having been installed against the design. 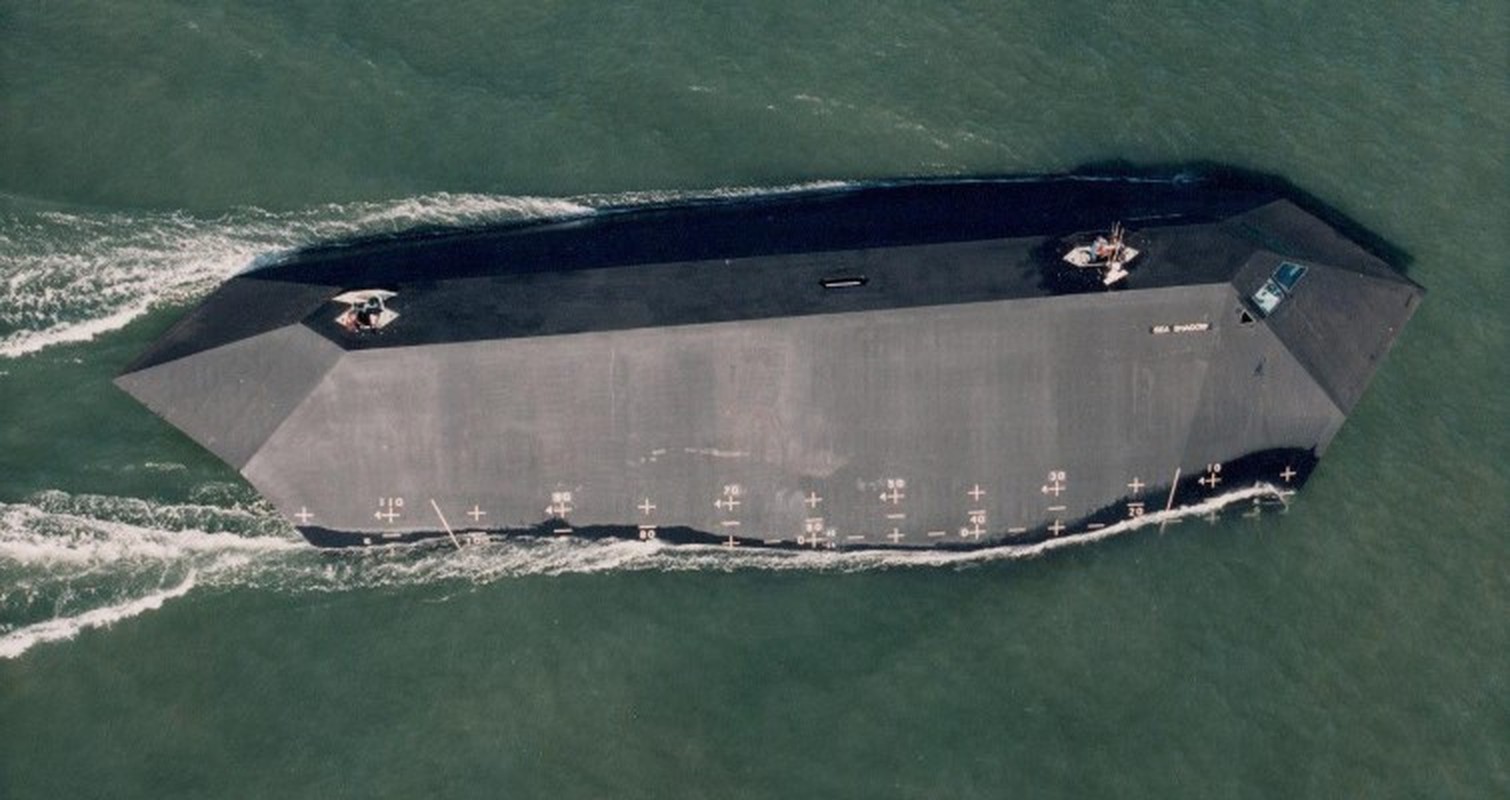 After the problem was resolved, the Sea Shadow project continued and the ship was completed in 1984. Sea Shadow took part in night trials in 1985-1986, but the project never progressed beyond that experimental stage.

Still, the results from the Sea Shadow test can be used to improve other naval technologies such as submarine periscopes. Sea Shadow construction experience is applied to new US Navy ships, especially Zumwalt-class stealth destroyers.

The public got to see the Sea Shadow in 1993 and the ship seemed to inspire filmmakers to build an image of the Sea Dolphin II stealth battleship in the 1997 movie “Tomorrow Never Dies”.

The US Navy sold the Sea Shadow in 2006, but not many people seem to be interested because the contract requires the buyer not to operate the ship but can only demolish it for scrap. 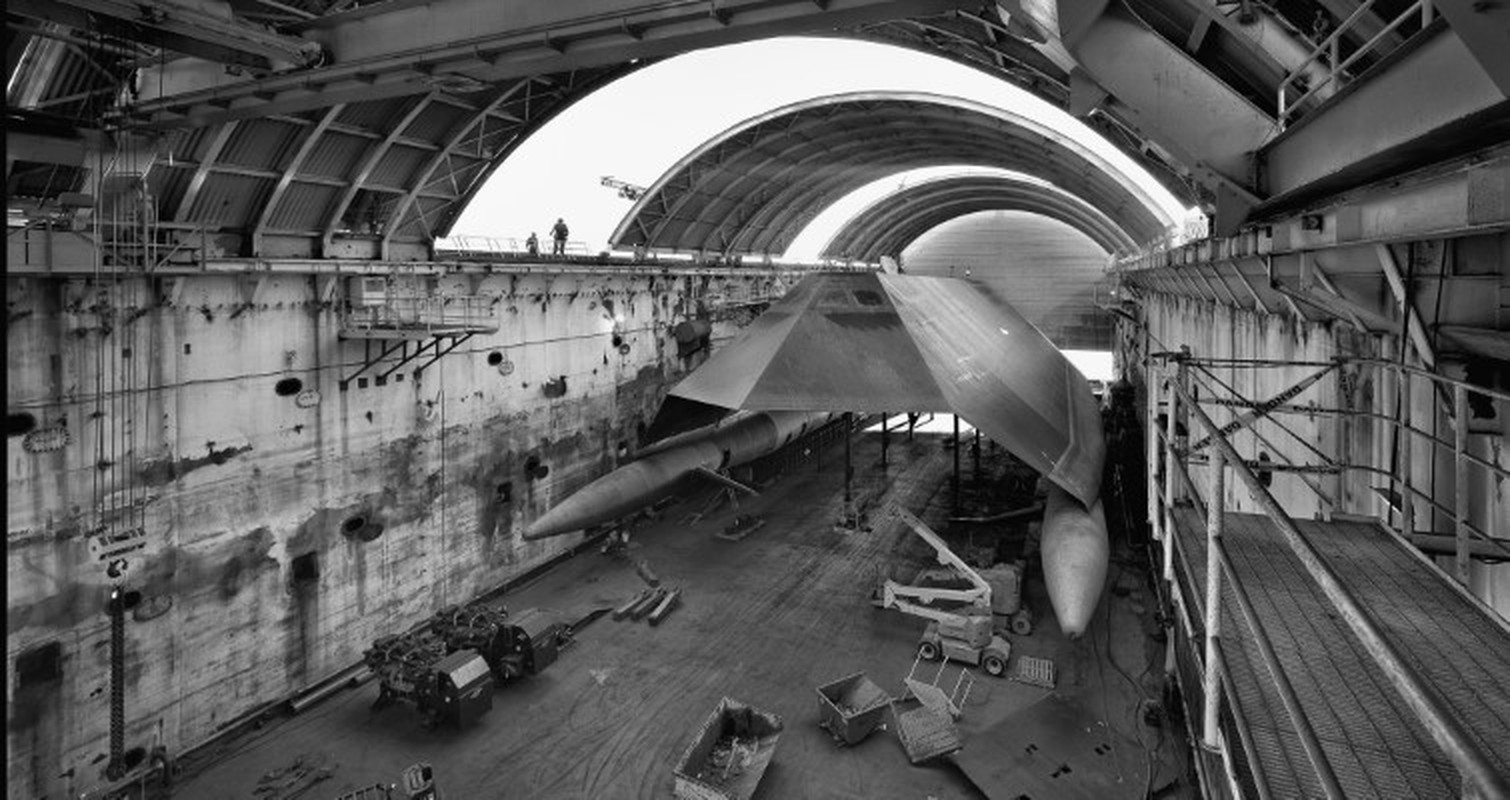 It is not clear why Sea Shadow has not been included in museums or other institutions, but it may be related to the technology on the ship. Sea Shadow was sold for scrap in 2012.