As the first tank in the world to invent and use, but the British Army is confused about the future of their main armored force.

Since the British Ministry of Defense announced plans to upgrade the Challenger 2 tank to the Challenger 3 main tank standard, to put it into service by the end of the decade; some analysts questioned whether this was an effective way to improve British armored combat capabilities; Or buy the advanced Leopard 2 variants from Germany, which would be the better choice?

The elimination of 35% of the Challenger 2 main tanks , leaving the British Army to 148, makes Britain one of the smallest tank forces in NATO; The reason is now Britain focusing more on the air force and navy.

Although the Leopard 2 tank had the advantage of being still in production, and the Germans invested more in upgrading their features, but Britain’s continued investment in Challenger has many notable advantages over buying German design tanks 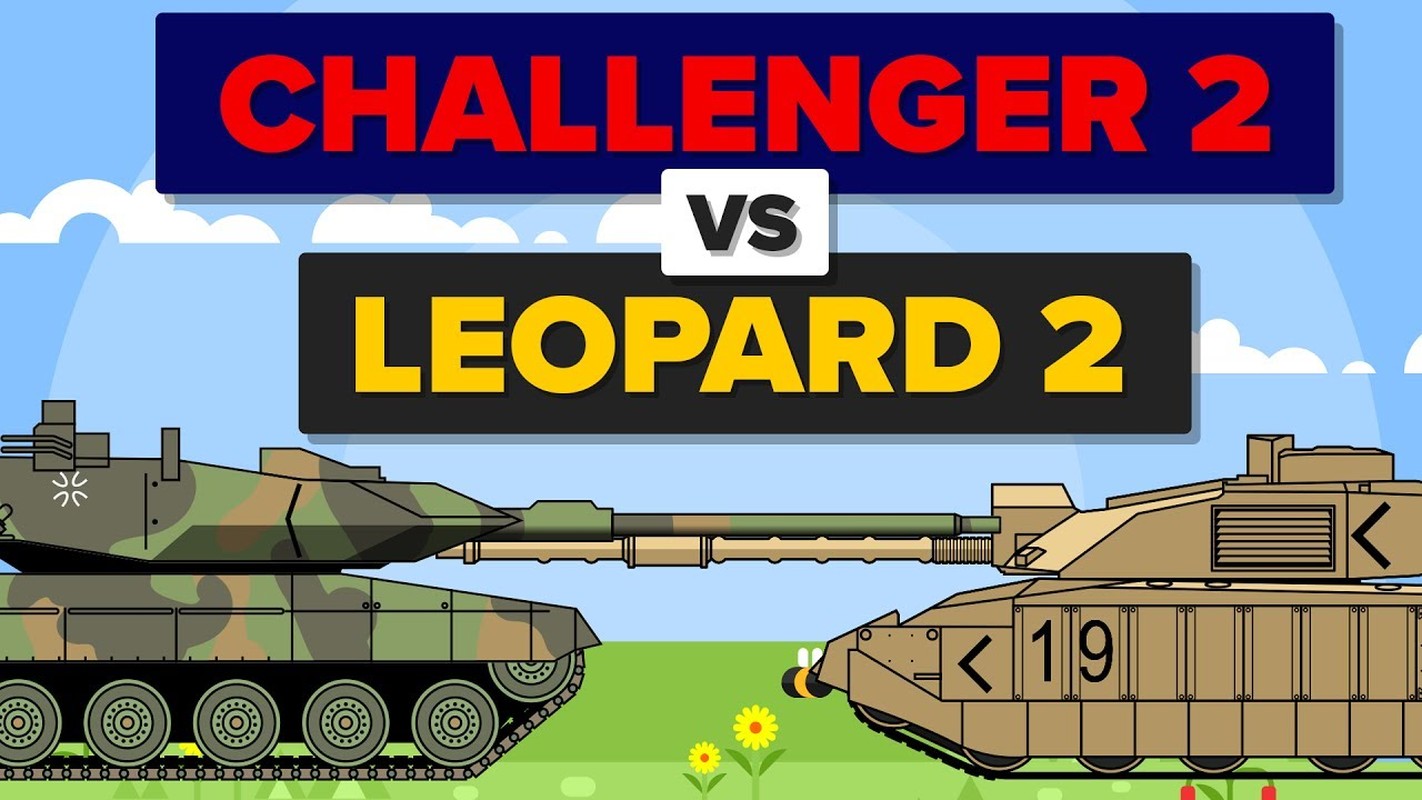 Challenger 2 has been exported, but the amount is negligible; Only about 40 Challenger 2 units are in service with the Omani Army. The Challenger 3 upgrade package is likely also sold to Oman, a country that has long been a top customer for British weapons.

With a large number of British Challenger 2 tanks under long-term storage, they can be refurbished and upgraded to the Challenger 3 standard for export; if any country show interested to buy.

If the British Army eliminated Challenger 2, to equip a new foreign tank, it would have to spend a lot of money, in training the crews according to the new standards. The cost of purchasing the new Leopard 2 tank, also, will be significantly higher than £ 5.4 million, given the cost of the upgrade package of a Challenger 3.

Equipping another country’s tanks also meant forcing the British Army to remove all existing maintenance infrastructure and sourcing spare parts from abroad and thereby ending the industryof spare parts in the country.

One of the most obvious losses, when the British Army switched to using Leopard 2 tanks, was discredited as a major tank manufacturer. England was the first country to invented combat tanks; If the UK will import tanks, it will be a blow to the reputation of the UK.

The Challenger 2 is the most modern tank in the West, entering service in 1998; despite the lack of a smoothbore cannon, undermined its export potential. At the same time the relatively small size of British tank units, which caused it to end production much earlier than the Leopard 2. However, the Leopard 2 was faster and more maneuverable.

With the 40-year-old Leopard II, Germany is currently cooperating with France to invest in the development of a new tank in the future (MGCS); means that the UK’s investment in the acquisition of German design Leopard 2 is, arguably, an unreasonable choice.

Furthermore, it is important to consider, if the UK actually replaced the Challenger 2 with a foreign design, the Leopard II would not be the best choice, not only in terms of tactical features but also for reasons. politic; especially after Britain left the European Union.

After leaving the European Union, Britain sought to strengthen relations with developed economies outside Europe; therefore, a better choice might be the Korean K2 Black Panther, which was developed several decades after Leopard 2 and is considered to have much more modern features.

An also arguably more affordable option would be the UK working with Japan to develop an entirely new tank. Or buy the US M1 Abrams tank, with some UK-made upgrades, which is better suited than buying the Leopard 2.

The Challenger 2 upgrade provides an affordable solution to modernize British armored units while avoiding the difficulties of switching to an entirely new type of tank industry. It also underpins more potential UK weapons programs in the future.