Here’s What You Need to Remember: Moscow has not committed to buying large quantities of the Su-57, probably because of expense and reliability issues. A Chinese purchase could help subsidize production, assuming that China wants a Russian stealth fighter—and that Russia is comfortable sharing its stealth secrets.

China should learn from Russia’s Su-57 stealth fighter, according to Chinese media.

The article in Chinamil.com, the Chinese military’s English-language news site, was peculiar in that it both criticized and praised the Su-57, of which Russia has only built ten so far, with thirteen more slated for 2020.

“The Su-57, Russia’s fifth-generation fighter jet comparable to China’s J-20 and the US’ F-22, is usually considered not a true fifth-generation jet because of its ‘below-standard’ stealth capability, according to media reports,” said Chinamil.com. “This makes it at a significant disadvantage against Chinese and US counterparts, some military observers said.” 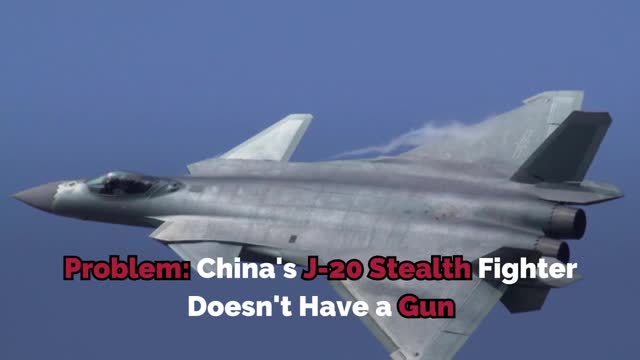 But the article then proceeded to cite praise for the Su-57 from Wang Yongqing, chief designer of the state-owned Shenyang Aircraft Design Institute, who said “the Su-57’s overall capability is not bad at all.” Shenyang has developed several warplanes, including the J-11 and J-16, the J-15 carrier jet and the F-31 stealth fighter.

An Investment in Tesla and others in 2021 could make earn a second income! Start Now!Vici Marketing

“Having an innovative aerodynamic design and capable of thrust vectoring control, the Su-57 attaches strong importance to supersonic cruise capability and super-maneuverability, and stealth is intentionally a second priority,” Wang wrote in China’s Aerospace Knowledge magazine, according to Chinamil.com. “The US concept of next-generation aerial battle stresses beyond visual range attacks, but missiles capable of delivering such attacks have to travel for a while, a time window far enough for the Su-57 to make super-maneuvers and evade them, Wang said, noting that the Russian fighter is also equipped with special radars designed to detect the precise location of incoming missiles. With long-range missiles out of the question, the final showdown will eventually take place at close range, where stealth loses its meaning and super-maneuverability thrives.”

“Another unique design is the world’s first side-facing radars in addition to the front-facing ones,” Wang said. “Combined with other radars and infrared sensors, the Su-57 is expected to find enemy stealth aircraft as early as possible.”

One interesting question is exactly what China means by “learning,” given the nation’s reputation for copying or stealing technology from other countries. Even Russia has been a victim, such as when China built an unlicensed copy of the Su-33 carrier jet and called it the J-15, of which so many have crashed that China is developing new carrier planes.

“China has a long tradition of purchasing Russian warplanes, recently highlighted by an Su-35 deal,” Chinamil.com explained primly. “But as the country developed its own fifth- generation fighter jet, it does not need to buy or even learn from the ‘below-standard’ Su-57.”

Presumably China means that its recently unveiled J-20 stealth fighter is so advanced that Beijing can snort at poor Russia’s Su-57. If so, that is a remarkable assertion given that the three J-20s that flew in a November 2018 airshow in Zhuhai were powered by Russian AL-31 engines, because the J-20’s Chinese-designed WS-15 engines are too unreliable.

China still appears to consider the United States as having superior technology to Russia. “Russia might be limited by its industrial capability and might not be able to rival the US aircraft in specific or overall performance, but its [Su-57] concept is very unique,” said Wang.

Nonetheless, that the article was authorized to appear on a Chinese military site also raises an intriguing question: is China interested in acquiring the Su-57, or at least some of its technology, from Russia? Though no longer allies as they were during the 1950s, or enemies as they were during the late Cold War, China and Russia are enjoying closer military ties such as joint exercises. Last year, China bought Su-35 fighters and an S-400 anti-aircraft missile system.

Moscow has not committed to buying large quantities of the Su-57, probably because of expense and reliability issues. A Chinese purchase could help subsidize production, assuming that China wants a Russian stealth fighter—and that Russia is comfortable sharing its stealth secrets.

Michael Peck is a contributing writer for the National Interest. He can be found on Twitter and Facebook.  This first appeared earlier and is being reposted due to reader interest.