Who is in charge of the sixth generation fighter? Europe is fighting again, and the result that the United States wants has appeared

For a long time, in order to control Europe’s security lifeline, the United States has been suppressing Europe in terms of advanced armament technology. In order to get rid of the shackles of the United States, European countries have launched their own new weapons projects. A typical case is the proposal of the European sixth-generation fighter concept. 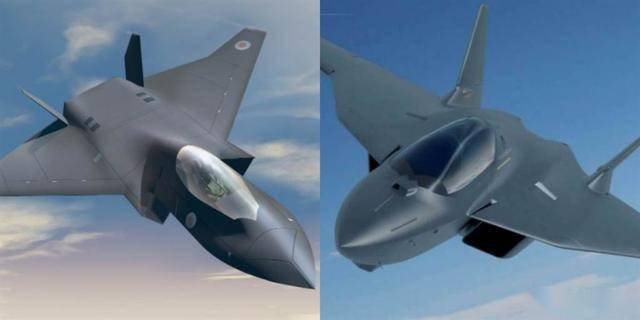 However, recently, the sixth-generation aircraft “Future Air Combat System” (FCAS) jointly promoted by France and Germany has encountered troubles. The reason is also expected, that is, both France’s Dassault and European Airbus want to compete for dominance. The project is organized by this is deadlocked.

According to data, the FCAS project was proposed by France and Germany as early as 2017, and the model of the project was also made public at the Paris Air Show in 2019, and Spain was invited to participate. This project is crucial for France, Germany and Spain, and for the whole of Europe.

Because Europe has not caught up with the rhythm of the fifth-generation aircraft era, while the United States developed the F-35 and F-22 and Russia developed the Su-57, Europe still relied on the “three heroes” (Rafale, EFT and Gripen) to maintain its face. However, it is clear that “Typhoon”, “Rafale” and “Gripen” are not fifth-generation aircraft, and have no stealth advantage. The US F-35 stealth fighter is designed to break up the European military-industrial alliance. The emergence of FCAS is particularly necessary under the circumstance of “Europe” and the UK sixth generation of “Tempest” aircraft.

FCAS, on the other hand, is currently stuck in an embarrassing rut. The reason for this is that both France and Germany are vying for control of the project. French Dassault corporation, has had a quarrel with Gernab Airbus. Trapier, the CEO of Dassault, is adamant that Germany is the best country in Europe in avionics. Accepting the current state of “technology in France,” Germany, and especially Airbus as a whole, cannot accept this outcome. Trapier also addressed the potential of Germany purchasing US-made fighter jets with nuclear weapons, and stated that the French side is prepared to go with “Plan B.”

What exactly is France’s “Plan B”? Trapier did not say. However, anyone who knows the history of the development of Eurofighters knows that France once participated in the research and development plan of the European “Typhoon” fighter, but in the end, France gave up and developed the Dassault “Rafale” fighter on its own. The reason is that France also wanted to take the initiative at that time. After failing to achieve its goal, France chose its own “Plan B”.

Therefore, the situation faced by FCAS has been staged many years ago. This time the fight is actually “history repeating itself”. If France and Germany can’t reach an agreement, it is not ruled out that they will choose “Plan B” again. But what is different today is that this time they are going to develop a sixth-generation machine that is more advanced than the fifth-generation machine, and Europe has not even developed a fifth-generation machine in partnership. On the other hand, the British “Storm” fighter jet is also attracting European partners. If France and Germany parted ways again at this time, FCAS will be completely cold because of the loss of a pillar partner.

European countries are also obviously aware that the United States is abolishing their “martial arts”, so they insist on developing future fighter jets on their own. However, from the European “Typhoon” to the FCAS project, similar quarrel scenes are constantly being staged. If France takes the burden again this time, it is estimated that most European countries still have to wait for the sixth-generation aircraft of the United States.