As we all know, after the end of the Second World War, the development of global nuclear weapons has entered a climax. On the one hand, the two atomic bombs dropped by the United States in Japan show the world the power of nuclear weapons. During the Cold war, the United States and the Soviet Union spare no effort to develop miniaturized nuclear warheads and corresponding delivery tools.

The world’s five permanent members, and also the five legally possessing nuclear weapons, all have the ability to miniaturize nuclear bombs. Therefore, there is no significant gap between the development of nuclear weapons in several countries. Looking at the nine countries that have nuclear weapons in the world, the biggest gap is often reflected in the delivery capabilities and the performance of specific delivery tools. So which country has the best nuclear weapons arsenal? 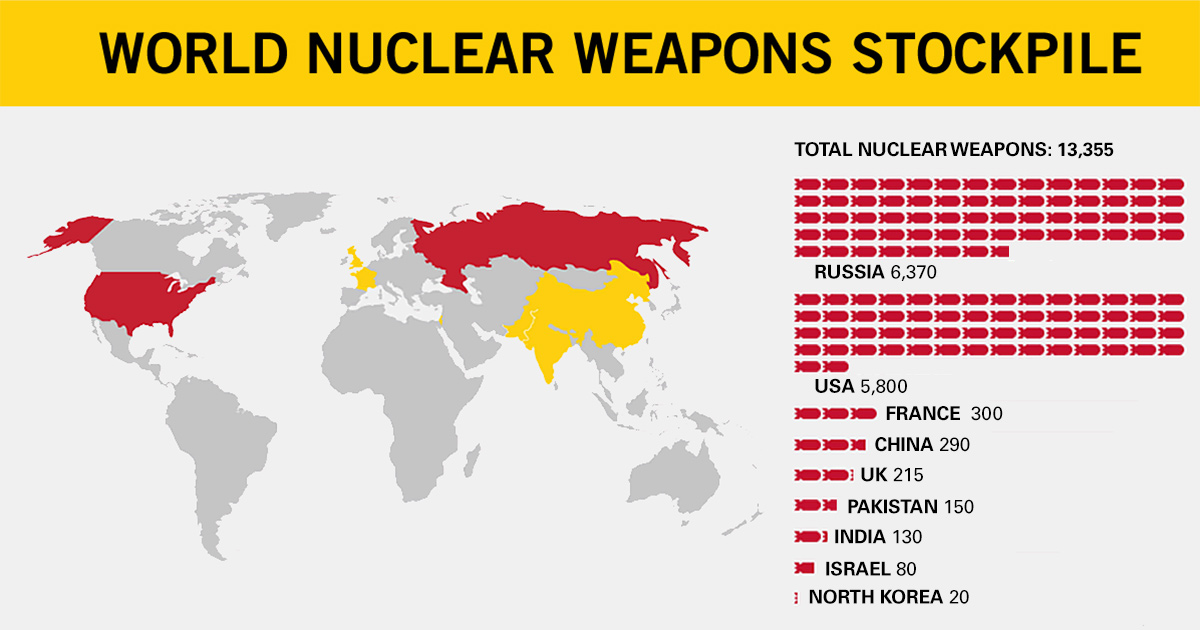 In addition to the maintenance and upgrading of the equipment of the old nuclear bomb silos, Russia has also developed two intercontinental ballistic missiles, the “Topol-M” and “Yars“. After all, fixed-launched land-based ballistic missiles can easily lose their counterattack ability under the enemy’s first wave of nuclear strikes, while ballistic missiles that can be maneuvered on roads often have strong survivability, which can ensure that Russia is exposed to nuclear weapons, after the strike, counterattack the target.

The “Trident” missile carried by the US nuclear submarine is also the world’s most superior submarine-launched ballistic missile. With 8 W-76 nuclear warheads, its range can reach 11,000 kilometers. This also means that the US nuclear submarine can carry out a nuclear attack on any country in its own military port without even having to go out into the enemy territory. And thanks to the three-month strategic duty capability of the nuclear submarine itself, once the United States encounters a devastating nuclear strike, it can only rely on a nuclear bomb carried by the “Ohio” class to carry out a reciprocal counterattack against the enemy. Most importantly, the U.S. has completed research and development of the updated “Colombia”-class nuclear submarine, which means that the United States will continue to expand its advantages in sea-based nuclear strike capabilities.

In general, the United States and Russia almost represent the highest level of global nuclear strike capabilities, and these two countries have never given up on updating and upgrading their nuclear arsenals. Only considering the economic situation of Russia at this stage, it is very likely that Russia will not be able to sustain the development of nuclear weapons in the next 10-20 years. The United States has strong financial and human resources to continue research and development, which means that the United States will have the world’s most powerful nuclear arsenal in the future.