The Ministry of Defense of the Russian Federation said: The Ukrainian Navy no longer exists, the country’s Air Defense and Air Force are almost completely annihilated.

The official spokesman of the Russian Ministry of Defense, Major General Igor Konashenkov today presented a new summary, on the ongoing special military operation for the liberation of Donbass and the demilitarization of Ukraine (Russian invasion on Ukraine)

According to MOD the Russian Army has almost completely destroyed the Air Defense and Air Force of Ukraine . In addition, the Ukrainian navy no longer exists.

At the same time, the losses of the Ukrainian army and militia units since the outbreak of the conflict (February 24) are clearly stated. According to the Russian Defense Ministry, these losses amounted to about 30,000 dead and wounded, of which more than 14,000 died. The casualties statistics, in this case, do not seem to take into account the number of captured and missing Ukrainian servicemen and militiamen.

The Russian Defense Ministry also announced that, currently, the Kherson region, most of the Zaporizhzhia region, and part of the territory of the Chernihiv, Kharkiv, Sumy, Mykolaiv, and Kyiv regions of Ukraine are under the control of the Russian military.

In the condition that the resistance of the Ukrainian Army has been greatly reduced, this allows the Russian Army to focus its efforts on achieving its main goal at the moment, which is to capture the entire Donbas region.

Currently, the offensive operation in the direction of Avdiivka continues in the Donbas, and a sweeping operation is being carried out in Mariupol. Russian troops approached the Slavic-Kramatorsk gathering area along with the Donetsk and Luhansk militias. An operation is also underway to liberate Lysychansk and Severodonetsk.

According to the latest information, the Russian Army conducted a missile attack with high-precision guided weapons on the village of Danilovka, located south of Kyiv; The attack destroyed at least 9 S-300 complexes of the Ukrainian Army.

According to the official statement of the Russian Defense Ministry, during the above attack, the Russian attack also destroyed four unimproved Buk medium-range air-to-air systems. This shows that Ukraine’s air defense capabilities in this area are almost completely destroyed.

The active suppression of Ukraine’s air defense systems creates an opportunity for the full speed advance of the Russian air units, as well as the Donetsk and Luhansk militias in this direction. 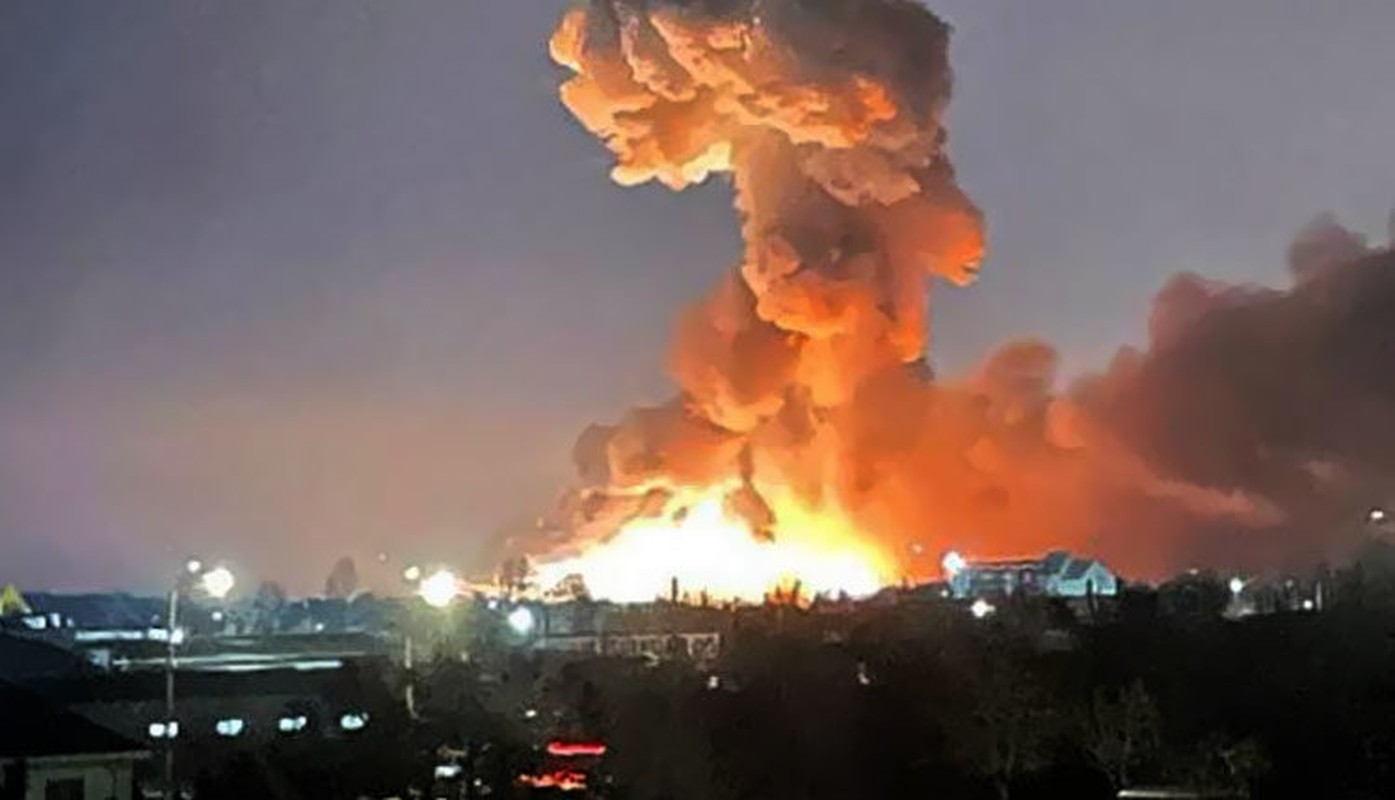 Also on the encirclement around Kyiv, a powerful explosion sounded on the outskirts of the Ukrainian capital, hit by a cruise missile of the Russian Army, making a large fuel depot, containing hundreds of tons of oil products, Fuel and lubricants of all kinds were destroyed.

The explosion was so powerful that it formed a huge fire dome tens of meters high in the sky, indicating serious destruction. A few seconds before the explosion occurred, an object flew rapidly towards the oil depot, and it was likely a cruise missile, local residents said.

On the video posted by residents on social networks, viewers can see the aftermath of an attack, and although so far there is no information from Ukraine about the destruction and casualties of the victims

Previously, defence view reported that, on the evening of March 24, the Russian Navy launched an attack with Kalibr cruise missile from Black sea, which completely destroyed the largest fuel and lubricant depot located in the village of Kalinovka near Kyiv. The base supplies fuel to military units in central Ukraine.

Currently, the Ukrainian Army is facing serious difficulties in terms of fuel sources for motor vehicle forces; although there is information circulating, that the Ukrainian Army is counter-attacking in the Kyiv area, but by looking at Russia growing aggression i don’t think Ukraine can now save Kyiv from Russian troops.