It’s no secret that the F-35 has had severe cost and schedule issues but as the programme matures, it’s shaping up to be a very capable platform.

The F-35 programme has gone through serious teething problems, problems also experienced by the majority of complex aircraft flying today such as the F-15, Typhoon or any other modern combat jet. The biggest issue for the project continues to be the fact it is the most expensive military weapons system in history owing to the sheer scope of the programme but that being said, aircraft costs are now coming down and will soon be similar to the cost of many aircraft it’s replacing. 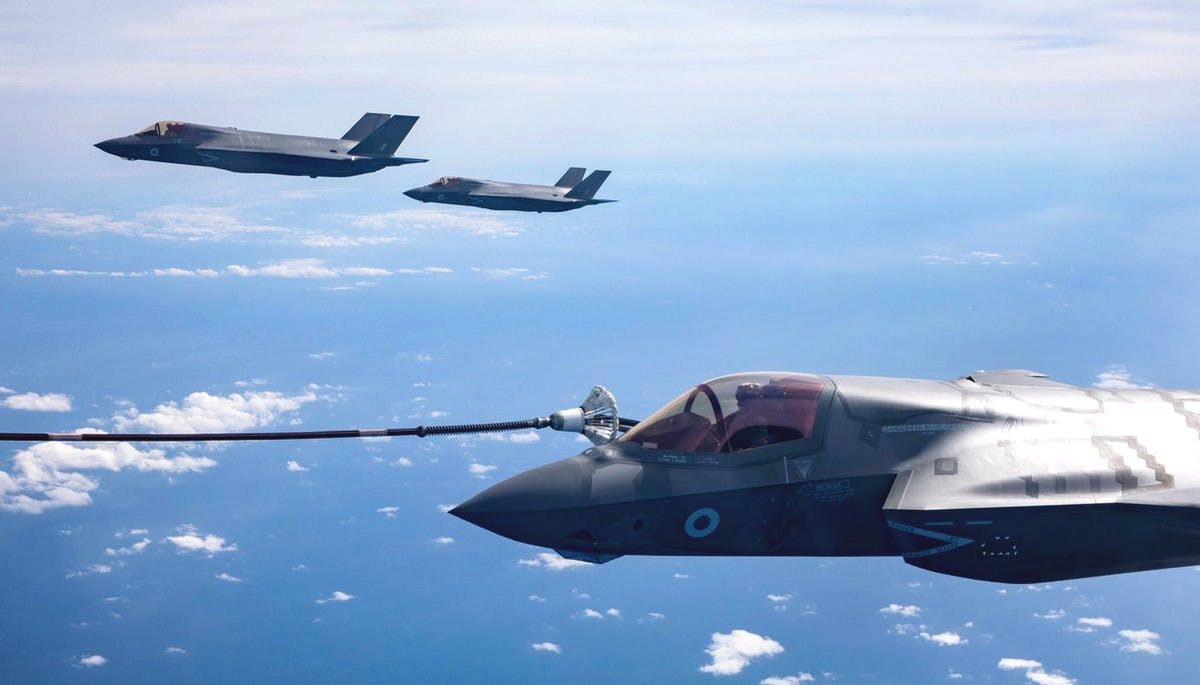 Today the programme is maturing rapidly, right now much of the activity around the jet is dealing with software bugs and testing to validate the software, with most of the physical testing being to do with weapons integration and the gradual scaling up of capabilities that comes with each new software block. The F-35A and B variants have also been declared operational by US and Israeli forces with the UK following suit at the end of this year. In fact, HMS Queen Elizabeth is currently sailing to the United States to begin trials of the jet from her deck.

Where the strength of these aircraft really exists is in a key element of 21st century air power, enabling coalition operations. The F-35 provides a (currently) unique integrated air combat capability whereby coalitions of joint or allied F-35s can be supported in common, with information being shared prolifically. The F-35 was designed from the outset to bring information sharing capabilities to any force with which they’re deployed.

Two networks are core to this: the Link-16 and the new Multi-Function Advanced Datalink (MADL). These systems allow the F-35 to communicate with nearly all current and future NATO assets.

Link-16 is currently utilised by most existing platforms fielded by NATO members and will allow F-35 to integrate seamlessly into a coalition force structure. MADL will complement the current networks as NATO’s first high bandwidth, low probability of detect and intercept connection. The fundamental design features of MADL enable all NATO F-35s in a deployed coalition to communicate within an Anti-Access/Area Denial environment.

During a trial last year, a ‘Northrop Grumman Airborne Gateway’ connected the fifth-generation F-35B, which communicates using the ‘stealthy’ Multifunction Advanced Data Link (MADL), and the fourth-generation Typhoon, by translating MADL messages to Link 16 format. This was the first time non-US fifth and fourth-generation aircraft have shared MADL delivered data and is an important demonstration of interoperability as the UK moves closer to initial operating capability of its F-35 Lightning II Force in late 2018.

The two-week trial, named Babel Fish III was funded by the Ministry of Defence and was conducted in airspace above the upper Mojave Desert, California, as part of the RAF’s Exercise High Rider.

Link 16 is the US and NATO military tactical data link used by some military aircraft, ships and ground forces to communicate and exchange tactical data. The F-35 and the Typhoon can communicate directly via Link 16 but previously could not communicate or share certain fifth-generation information.

The potential for cooperation between the United Kingdom and coalition forces all using the F-35 variants is significant, in terms of coalition warfare the F-35 further increases the situational awareness of all parties to a greater extent than anything flying today, resulting in a quantum leap in capability for coalition forces.

Such is the aircrafts sensor and data fusion capabilities, a small number of F-35s could provide the UK and her coalition allies with situational awareness within defended airspace where platforms such as E-3 AWACS and E-8 JSTARS would be unable to operate.

F-35s could find and designate priority targets within defended airspace for a less stealthy fleet to attack from a relatively safe distance, further enhancing coalition capability.

The F-35s value is not only in its stealth or combat capability, it’s also in the flying sensor network it creates in the battle space.

The ability of the F-35 to drastically improve the combat capability of other assets was demonstrated recently when an F-35 and Aegis Weapon System worked together during a live fire exercise, with the F-35 passing sensor data to another platform which then engaged the target.

The exercise was the first live fire missile event that successfully demonstrated the integration of the F-35 to support Naval Integrated Fire Control-Counter Air and represent a very promising exploration into the interoperability of the F-35 with other naval assets.

It is my opinion that the F-35 will drastically increase the situational awareness and combat capabilities of the forces with which it will deploy and for the UK, where numbers may be a concern, it represents a fantastic way to enhance combat capability in any coalition or national effort.

The jet is a quantum leap in capability, able to give the pilot as much information as only theatre commanders have previously had. While the primary value of the jet is in its sensor and networking capabilities, it is also valuable in that it’s able to perform many tasks designed to increase the lethality of not only itself but other assets, such tasks include the ability to co-ordinate small fleets of unmanned combat aircraft, guide weapons launched from other platforms (even warships as detailed above), launch a wide-range of its own weapons and use it’s own radar to conduct electronic attacks.

There is no denying that jet is over-budget and behind schedule compared to original estimates but an incredibly capable platform is emerging and one that I believe will shape the future of air combat.