The first ship of the “Typhoon” class was built in June 1976 at the Sevmash Shipyard. The unofficial name of this class was given during construction when the image of a shark appeared on the submarine (Akula in Russian means “shark”). Interestingly, the body of this marine predator also features the same shape as the insignia worn on the sleeves of the crew.

Initially, within the framework of Project 941, it was planned to build 12 submarines, then reduced to 10. But in fact, until 1989, only 6 submarines of the “Akula” (“Typhoon” NATO reporting name) class were launched. Later, because the Soviet Union in the last years of its existence began to experience financial difficulties, the program was canceled. 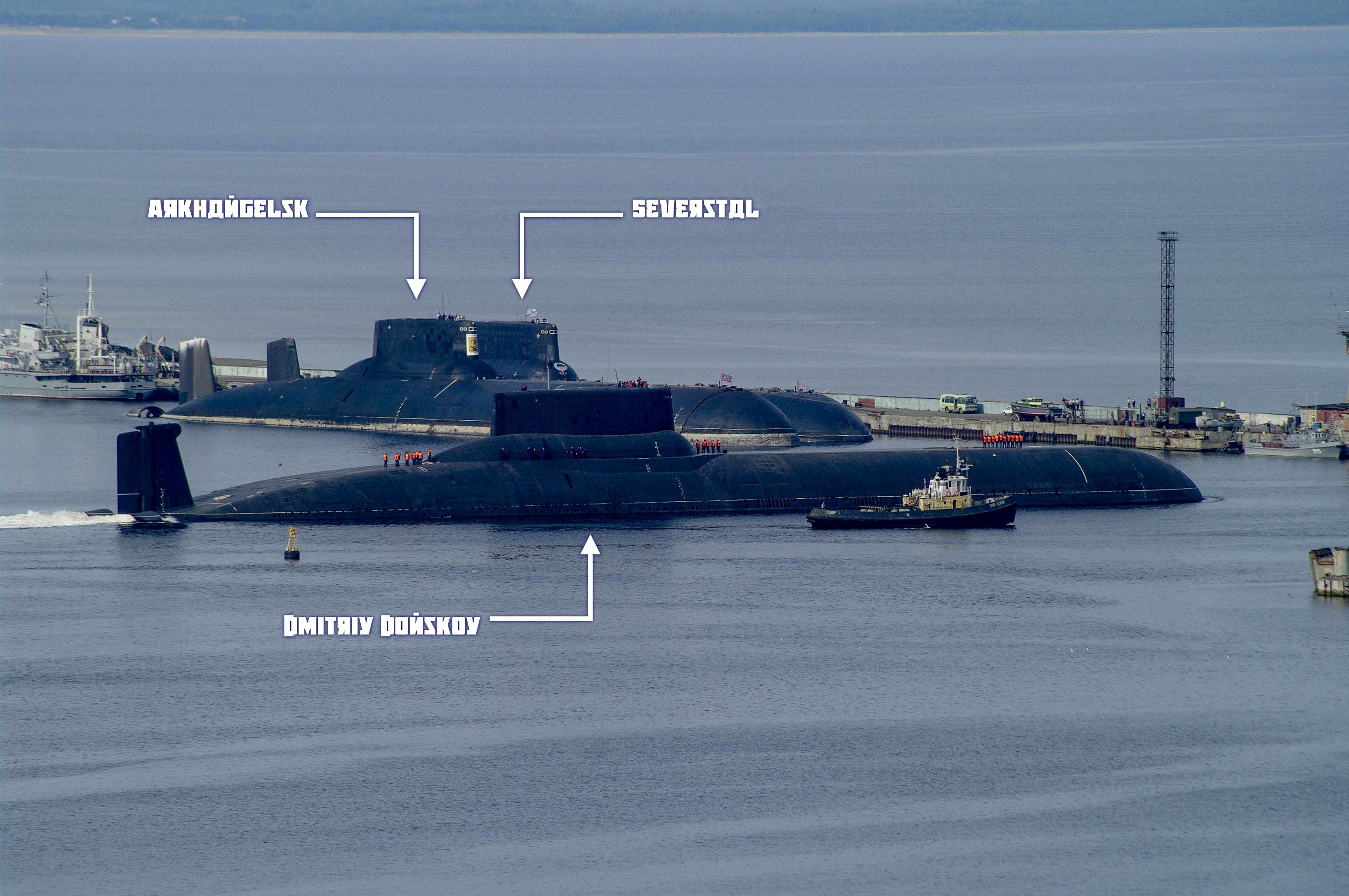 The construction of nuclear submarines of the “Typhoon” class was the Soviet response to the American “Ohio” class submarines.

It has been suggested that, in terms of combat power, the Typhoon submarines are said to be superior to the Ohio, although the size and weight of the Soviet solid-fuel rockets are significantly larger than that of their competitors America. So Akula had to make sure to be more massive at first. The Soviet heavy submarine was armed with 20 R-39 (RSM-52) missiles. In addition, it also carries 22 torpedoes of all kinds and 8 Igla anti-aircraft missile complexes.

The range of the R-39 missile is 8,300km. When approaching the target, the warhead part of the missile is divided into 10 individual guided warheads. The launch weight of each missile is 90 tons, and the warhead’s destructive power is up to 100 kilotons (1 kiloton is equivalent to 1,000 tons of TNT).

The ship has a full load displacement of 48,000 tons, a speed of about 46 km / h underwater, as well as being able to operate independently for 6 months with a crew of 160 people. Akula is 172m long, 23m wide and its height is equivalent to a 9-story building.

Due to its massive size, at the Sevmash Plant, the world’s largest covered slope was built to serve the construction of the Akula submarine.

The distinguishing feature of the “Typhoon” class submarines is more comfort for the crew. Accordingly, the ship is equipped with a relaxation room, a gym, a swimming pool, a sunbathing area, a bathroom with a sauna, a living corner, and rooms for officers and sailors.

Officers are arranged in double or quadruple rooms, equipped with sinks, televisions, and air conditioning. In addition, the ship is also equipped with an underwater missile launcher from a depth of up to 55m.

However, after the collapse of the Soviet Union, strategic missile submarines of the “Akula” class were not invested in the best development. Three (TK-12, TK-13 and TK-202) were decommissioned and scrapped by agreement with the United States.

While the TK-17 and TK-20 are still in a state of preparation for further processing. There is only one submarine left, named TK-208 “Dmitry Donskoy”, after being upgraded, it is still in service today. These the last typhoon class submarine used for ballistic missile test and other future development technology test bed.