According to the Russian Ministry of Defense, the national test of the S-500 air defence missile system is nearing completion, and troops will soon be equipped. It is said that the system will be equipped with the first air defence group army under the combat sequence of the Russian Air and Space Army air and space defence forces, together with the famous A-235 “Tudor River”, to protect the air defence security of the Russian capital Moscow.

At the same time, Ivan also noticed that the S-500 air defence missile system is the same as the “Abakan” terminal mid-low-altitude anti-missile system that Russia exhibited at the “Army-2020” exhibition last year, with a very special number and code name. In the 51P6E2 all-terrain launch vehicle, the shape of the missile body is also very similar. This seems to confirm from the side another conjecture made by Big Ivan last year. The “Abakan” system is likely to be a “subsystem” especially used for foreign trade that the S-300V4 or even the S-500 system was sold out and sold separately. It is a low- and medium-altitude defence mission to the end of short- and medium-range ballistic missiles.

However, the S-500 system is a deeply improved version of the S-300V4, or there is a brother called “Abakan” used in foreign trade. For us, the most important thing is of course its system composition and main techniques and tactics. performance.

Let us first talk about the system composition of S-500. Like S-400, the S-500 “Prometheus” system is also divided into three modules: “Situational Awareness”, “Fire Strike” and “Command Control”: 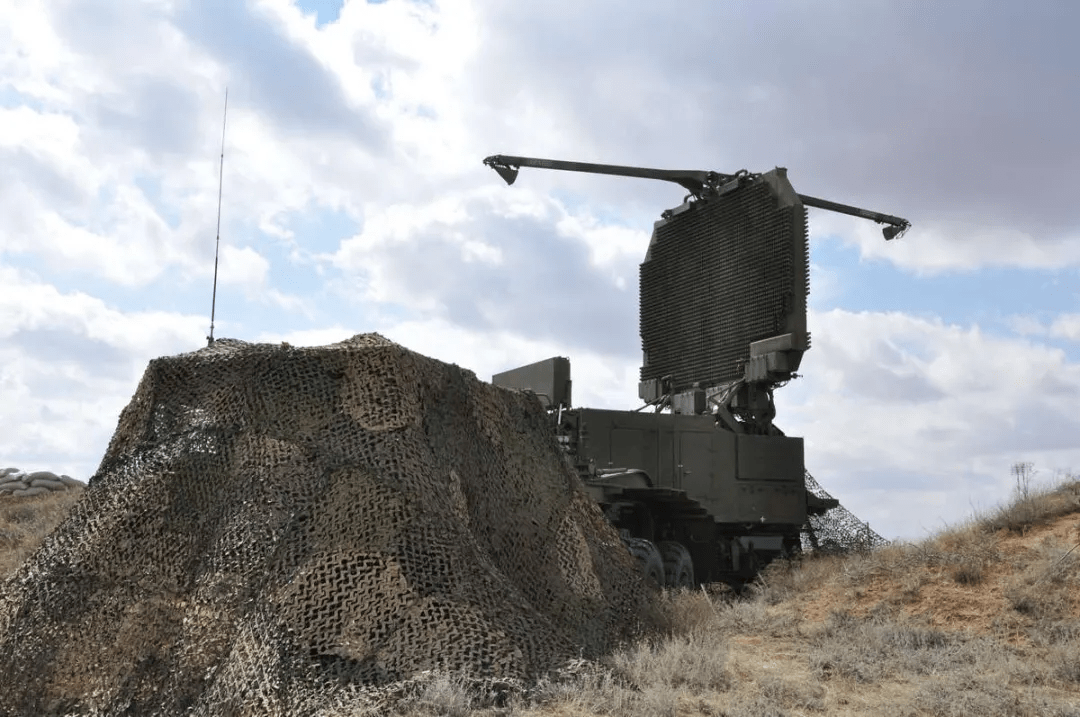 As a tactical unit, the battalion-level situational awareness module is in charge of a 96L6-TsP “Cheeseboard-M” radar. This type of radar is called the so-called “full-level radar” and is also the battalion-level radar of the S-400 system. . However, compared with the 96L6 used in the S-400 system, a “TsP” suffix has been added, which means that it is a technically improved type with system upgrades and performance that has greatly changed from the original version. This radar is configured at the battalion level. It is a near-side situational awareness radar, which is responsible for medium and short-range detection tasks. 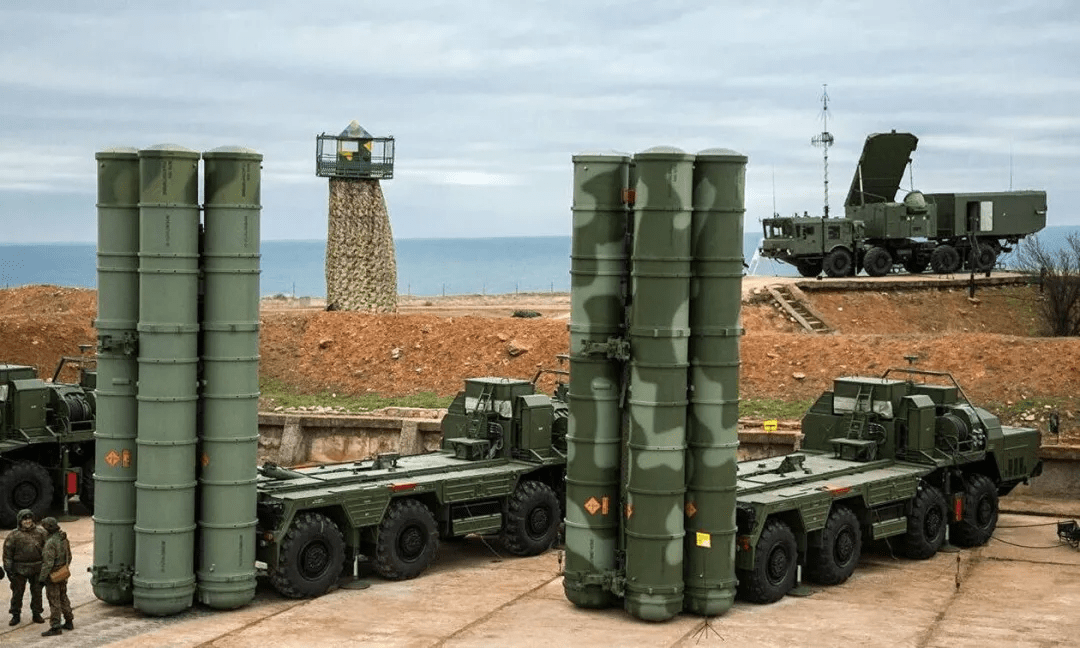 From the appearance point of view, the 77N6-N and S-300V4 air defence systems that used 9M82DM interceptor missiles are somewhat similar. They also use a two-stage rocket engine design. The first stage rocket engine may use dual-component propellants, Extremely high, the missile accelerates extremely fast, and can perform anti-missile interception missions well. Of course, the performance of this type of interceptor is still in the fog. Russia claims that it can intercept targets 400 or even 600 kilometres away and speeds above Mach 10, without knowing the conditions for the realization of these data. It is almost meaningless. Big Ivan believes that the performance positioning of the 77N6-N missile is estimated to be slightly better than the US PAC-3MSE.

The most amazing thing about the S-500 air defence missile system is its 77N6-N1 air defence missile. Judging from the number, the missile should be a further improvement or a subtype of 77N6-N, but there is currently no such missile. Models of anti-aircraft missiles or photos of live ammunition and even pre-packaged launch tubes appeared. According to information released by the Russian Ministry of Defense and the Ordnance Industry Group, the 77N6-N1 air defence missile has “ultra-long-range” and “ultra-high altitude” anti-missile interception capabilities. It is said that the missile can shoot down “reconnaissance satellites flying in low orbit.”

Therefore, Ivan thinks that the performance of the 77N6-N1 is too magical. It is totally difficult to say that it does have two brushes, or that the Russian side is habitually blowing water, and can only wait for it to pop out before taking a look.

Therefore, the 85Zh6-2 regiment-level command module and 55K6 battalion-level command module equipped with the S-500 air defence system may be compatible with Russian anti-missile radars such as “Voronezh-DM” and “Darial”. The network is coordinated, and the latter may be able to directly receive the guidance signal of the Russian “Don-2U” anti-missile system fire control radar, which has very powerful performance.

This research and development of the system according to the task level, and a set of systems covering almost all strategic air defence mission combat objectives, instead of several discrete systems like the US military, covering different firepower radii, reflects The United States and Russia have different ideas on equipment research and development, but Ivan the Great believes that Russia’s ideas are relatively efficient. Instead, the US military has a little bit of Soviet-era “special aircraft dedicated to the development of ballistic missile defence systems.” With the taste of “one section for each pipe”, three sets of anti-missile equipment with a range of interconnection and a fire control system that are difficult to use have been created.

Of course, judging from the current technical performance of the S-500 air defence missile system, the system still has a lot of room for development and improvement:

One is that the entire system is still not compact enough. The regiment and battalion levels are equipped with two sets of remote and near warning radar systems. Let’s not talk about it. After all, this is a Soviet “practice”, but the battalion level is equipped as a basic tactical unit. Two sets of different fire control radars were used for air defence in the atmosphere and anti-missile defence outside the atmosphere. This shows some of the defects in Russia’s system integration. These two radars can theoretically be replaced by a powerful X-band active phased array radar, and even the THAAD system from situational awareness to fire control is fully covered by AN/TPY-2 radar. For other countries with a deep accumulation in the field of active phased array radars, if you want to build a general-purpose strategic air defence system similar to the S-500, you can use one radar to replace the three S-500 radars…

The second is that the S-500 air defence system still has not changed the impression of “silly, big and clumsy.” As we mentioned before, the S-300V4 air defence system’s 9M82 interceptor bombs, A-35 “Adan River” and A-135 “Amur” The reason why the “River” system is so stupid and clumsy is entirely that the Russian army can’t handle the KKV interceptor and has to use a large nuclear warhead or a 200-kilogram kill blasting warhead. This has led to an unusually huge volume of the entire interceptor. For example, the Russian 9M82 interceptor has a launch mass of more than 2,000 kilograms, but its performance is not as good as that of PAC-3MSE. The current visual launch quality of the 77N6-N interceptor will also not be less than 2000. Kilogram, the performance is only slightly better than PAC-3MSE, and PAC-3MSE is only a 328 kg interceptor. If other countries are interested in developing equipment similar to the S-500, they can use the KKV interceptor warhead to replace the inefficient fragmentation blasting warhead, thereby improving the performance of the S-500 equipment by a large margin.

In short, although the S-500 is still hidden in the fog so far, as it has more and more videos and photos, the relevant information is gradually improving, let us wait and see and look forward to the official “Prometheus” The day when the fog is uncovered.