AMCA (Advanced Medium Combat Aircraft) is one of those projects of HAL which is developing at a very rapid pace, something which is unusual of the “government office” nature of HAL. Due credit goes to Aeronautical Development Agency (ADA) & Aircraft Research and Design Centre (ARDC) who are developing the aircraft.

Before answering the question, please have a look at the timelines:

Since HAL gained a lot of experience from delays with LCA Tejas, the AMCA is being developed with a constant feedback from the IAF to eliminate rework & delays. The project is off-track by only few years as of today & still in good timelines.

Some of the recent developments with respect to the AMCA present in public domain are:

The first patch from the AMCA flight test team:

Vem Technologies Private Limited from Hyderabad being tasked to develop a 1:1 scale model of the AMCA for RCS testing along with a ground testing aircraft for stress and vibration tests. 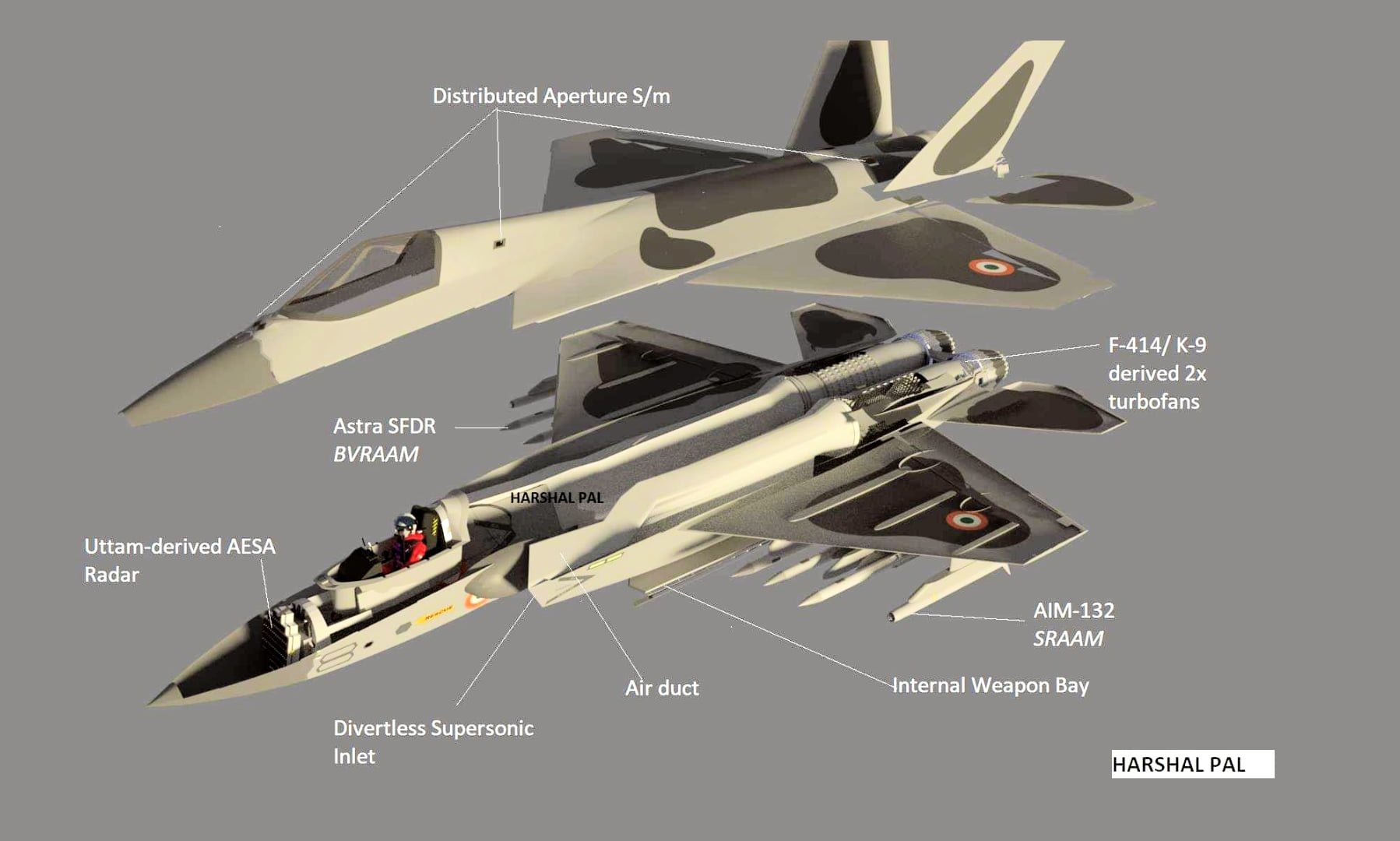 It is also reported that the production of AMCA will be in a public-private partnership & one of the companies from TATA Advance Systems or L&T Defence will be the partners with HAL to produce the AMCA at a high rate of production. Quite possible that all the parts will be built by a private company & HAL will act as a lead integrator. Also we cannot rule out the possibility that the private company will take the complete ownership of production.