Share
India’s Defense Research and Development Organisation (DRDO) announced earlier this month that it plans to develop directed energy weapons (DEWs) using high-energy lasers and microwaves. DEWs are emerging military technologies that are yet to be deployed by any military force but are seen as critical in future warfare. According to media reports, India has developed a national plan with short, medium and long term goals to develop a series of DEW variants with up to 100 kilowatts of power. This is being planned in a collaborative mode, to eventually partner with and benefit from the domestic private sector.  While India is still in the early stages of developing this technology and nowhere near possessing an operational capability, advances in such technologies will have implications for both national and regional security. 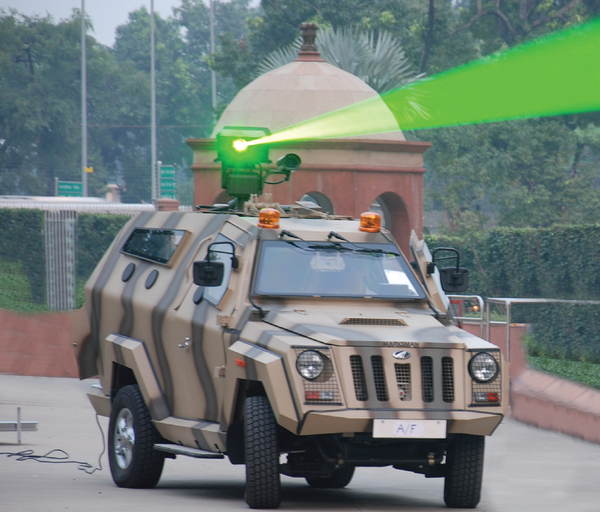 Development of DEWs is seen as particularly important in the context of India’s worsening security environment, especially its ties with China. The continuing military confrontation in eastern Ladakh is a reminder of the challenges that China poses to India. Beijing’s growing military power, including in space, cyber and electronic warfare domains, can inflict significant damage on its adversaries, including India. China is also developing DEW technologies. Indeed, India is probably developing its own DEWs as a response.

Delivering the 12th annual Air Chief Marshal L.M. Katre memorial lecture in August 2019, Dr. G. Satheesh Reddy, the head of the DRDO said, “DEWs are extremely important today. The world is moving towards them. In the country too, we are doing a lot of experiments. We have been working in this area for the past three to four years to develop 10-kW and 20-kW [weapons].” In August 2017, the DRDO is reported to have tested a 1-kilowatt laser weapon at Chitradurga in the South Indian state of Karnataka, on a target 250 meters away. Then Defense Minister Arun Jaitley is believed to have been present for the test. This is far from being a usable weapon, of course: in addition to the limited distance of the target, the laser also reportedly took 36 seconds to create a hole on the target metal sheet. The Centre for High Energy Systems and Sciences and Laser Science & Technology Centre, two DRDO laboratories, are working on the project.

In 2018, while responding to a question in the Indian Parliament on the DRDO’s major technological developments, the minister of state for defense stated that the DRDO has developed a vehicle-mounted high-power laser-directed energy system for use against drones. The anti-drone system will supposedly be eventually manufactured in large quantities through the involvement of the Indian private sector. Two models have been developed in this regard: the first can be fielded on a trailer and has a 10-kilowatt laser to target aerial targets within a 2-kilometer range, whereas the second is believed to be a compact tripod-mounted system, mounted with a 2-kilowatt laser designed to operate at a rage of 1 kilometer. Officials cited in one report claim that these have been displayed to the armed forces and other relevant agencies and note that these are capable of taking out mini-drones by jamming the command and control systems or by damaging the on-board electronic systems. This system is capable of detecting and jamming micro-drones to a distance of up to 3 kilometers and engaging a target within a range of 1-1.25 kilometers. 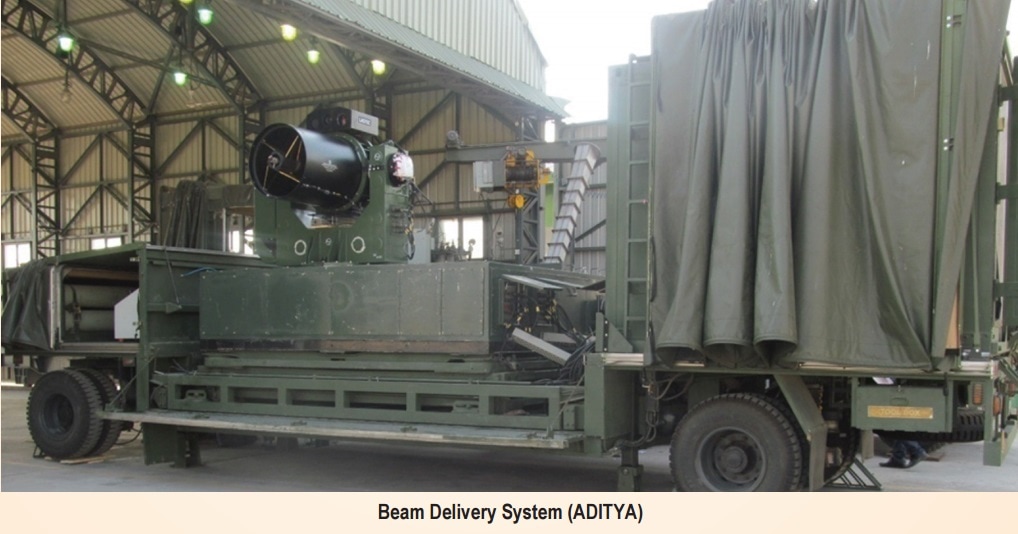 India is also reported to have developed a system called KALI, or “kilo ampere linear injector,” a linear electron accelerator for targeting long-range missiles. Once a missile launch is detected, KALI is supposed to “quickly emit powerful pulses of Relativistic Electrons Beams (REB)” that can damage electronic systems on-board. KALI has been developed by the DRDO and the Bhabha Atomic Research Centre (BARC). It was first proposed in 1985 by the then-BARC Director Dr. R. Chidambaram. Work on the project is reported to have begun in 1989. At a BARC Foundation Day speech in 2004, the BARC director said that a “high power pulse electron accelerator KALI-5000 has been commissioned at an energy of 650 keV and an electron beam power of 40 GW. High power microwaves having frequency in the range of 3-5 GHz and power 1-2 GW have been generated.” Despite this acknowledgement of the existence of such a system, there is very little information in the public domain. The government has not divulged any information, even in parliament. For instance, more than a decade later, in 2015, while responding to a question in parliament as to whether there are any plans to induct KALI 5000 in the Indian military, Defense Minister Manohar Parikkar simply stated, “The desired information is sensitive in nature and its disclosure is not in the interest of national security.”

While details are sketchy, the technological roadmaps for the next decade developed by the Indian defense establishment in 2013 and 2018 articulated some of the military’s requirements. Media reports said that according to Phase I of the roadmap,the Indian Army and the Indian Air Force require a minimum of 20 “tactical high-energy laser systems” that are capable of destroying “small aerial targets” and electronic warfare systems at a range of 6-8 kilometers. In Phase II, the demand is to have laser systems that have a range of over 20 kilometers to target “soft-skinned” vehicles and forces from both land and air.

But India’s DEW technological capabilities are still in the nascent stage, and are not yet comparable to the more powerful systems of countries like the U.S., Russia and China. While the effectiveness of these weapons remains unknown because of the lack of open source information, it is quite likely that these will mature in the coming decade.

Of course, these systems bring their own advantages and disadvantages. Laser weapons, for instance, have the capability to be focused precisely, which allows for effective targeting. On the other hand, though microwaves cannot be aimed like lasers, their ability to damage electronic systems without causing casualties opens up other options. In fact, a report produced by the U.S. Center for Strategic and Budgetary Assessments (CSBA) details many illustrative scenarios as to how these weapon systems could be effectively used in contactless warfare in the future.

Indian security analysts argue that the country could be vulnerable as technology advances in India’s neighbourhood. They also recommend that India consider the possibility of developing an offensive capability in this regard. Given the intensifying security dynamics in the Indo-Pacific and beyond, all the major powers including India are likely to accelerate the pursuit of these technologies.