The Ukrainian crisis that has lasted for months has finally erupted in its most violent form. According to comprehensive reports from many foreign media, in the early morning of February 24, local time, Russian President Vladimir Putin issued a statement saying that he would take “demilitarization” and “denazification” of Ukraine and take action in the Donbas region of Eastern Ukraine. “Special Military Operation”. Immediately afterward, violent explosions came from several major towns such as Kiev in Ukraine. The Ukrainian military later confirmed that the Russian army launched a surprise attack on Ukraine. A large number of cruise missiles and tactical missiles fell from the sky and hit the “peaceful Ukrainian city”.

Ukraine air defences are suppressed, military airfield infrastructure is degraded and Ukrainian border guards are not putting up any resistance to Russian troops said by ministry of defence, Russia.

We have first civilian casualties even on outskirts of capital. There’s fighting in some areas. According to info of our Ministry of Defence, Ukrainian side shot down 5 Russian fighter planes, 2 helicopters, we destroyed 2 tanks & several trucks: Ambassador of Ukraine to India. 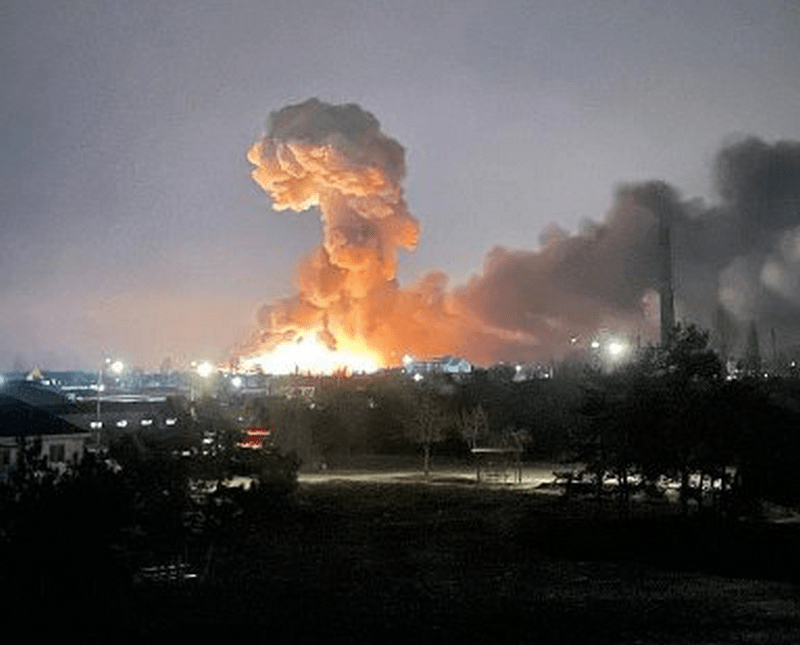 Ukrainian President Volodymyr Zelensky announced that the country will immediately enter a state of war and will resist “Russian aggressors” at all costs. The Russian Ministry of Defense claimed that it launched a “high-precision strike” on Ukrainian military targets, successfully incapacitating them to fight, but in the face of Ukraine and the West accusing the Russian army of attacking Ukrainian cities, the Russian military said that this was purely a frame-up . 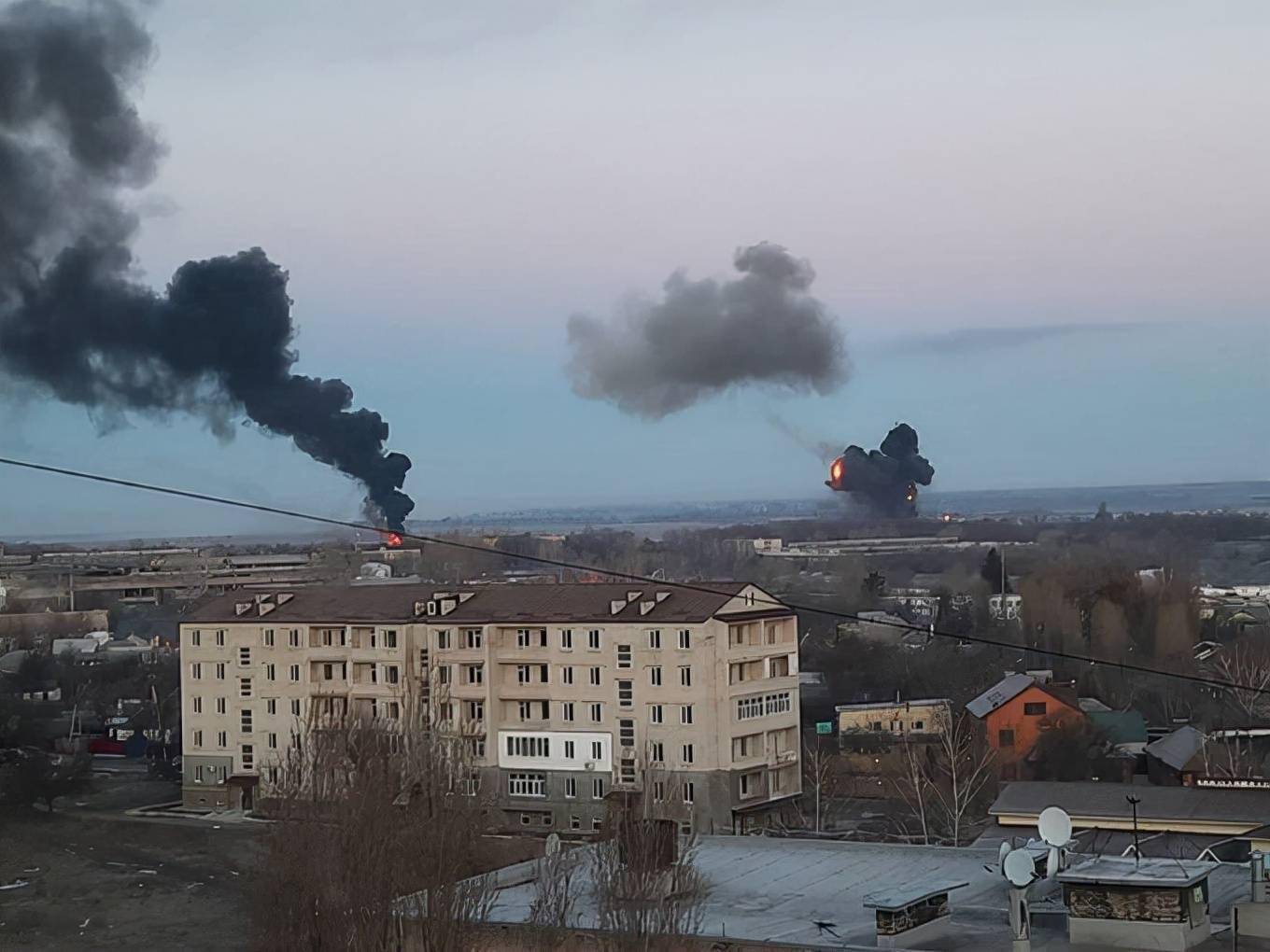 According to Ukrainian media reports, at the same time as the violent air strikes, the large-scale offensive of the Russian army also started. The front of the Russian army has broken through the border of Kharkiv Oblast in the eastern Ukrainian region, which is the second largest city in Ukraine and is also an important military industrial center of Ukraine has the largest tank research and development and manufacturing plant in Ukraine. If it is occupied, Ukraine will lose a considerable part of its military industrial capacity.

At the same time as the ground attack, according to the latest news from Russian media, Odessa, an important town in the Black Sea in southern Ukraine was also attacked. The amphibious formation of the Russian Black Sea Fleet, full of marines, launched a surprise attack from the coastal areas of southern Ukraine and landed in Odessa in one fell swoop. multiple coastal locations. According to reports, Odessa is the fourth largest city in Ukraine and the largest coastal city in the country. Most of the ships of the Ukrainian Navy are stationed there. If the Russian army can quickly control the city, the Ukrainian Navy will cease to exist.

According to reports, after the disintegration of the Soviet Union, Ukraine once inherited a large number of ships of the Soviet Black Sea Fleet. However, due to the lack of funds and poor maintenance, the strength of the Ukrainian navy has shrunk rapidly and has degenerated into an offshore navy. The Ukrainian Navy’s largest guided missile cruiser is no match for the Russian Black Sea Fleet, which has achieved remarkable modernization in recent years. Such a weak and small navy, once caught in a large-scale conflict, is doomed to Consumed in a short time.

In addition to the land and sea offensive, the United States also cited information from intelligence agencies, claiming that the task force of the 76th Airborne Division of the Russian army has appeared at the international airport in Kiev, the capital of Ukraine. According to the latest news, many countries have issued notices prohibiting civil aviation aircraft from flying over Ukraine’s airspace, warning that civil aviation aircraft may be attacked and shot down if they pass over Ukraine.

Judging from the current news from all parties, Russia’s military action against Ukraine should have been planned for a long time. The purpose is not to make small troubles, but to prepare to “calculate the total account” with Ukraine and to completely solve the Ukraine problem, or the serious insecurity caused by NATO’s eastward expansion to Russia.

In Moscow’s eyes, once Ukraine is included in NATO, Russia will have no sleep, so Putin will make up his mind, even in the face of Western siege, but also to overthrow the pro-Western regime in Ukraine and strive for more strategic buffer zones for the country. On the other hand, the West’s attempt to use Ukraine to contain Russia’s long-term gamble has completely failed in the face of Putin’s order to go to war.