A study titled, ‘The Future of Undersea Deterrence: A Global Survey’ by the National Security College of the Australian National University focuses on plans to develop and strengthen the nuclear submarine force that carries nuclear ballistic missiles (SSBNs) of these countries.

In 2016, India commissioned its first SSBN, the INS Arihant, and become the only non-permanent member state of the United Nations Security Council with an SSBN. The second vessel, INS Arighat, is scheduled to enter service in 2021(According to some sources INS Arighat already in service since 2020 secretly).

By looking at the country’s favorable geographical position in the Indian Ocean, Indian Rear Admiral Sudarshan Shrikhande (retired), former Chief of Indian Naval Intelligence, stated: “Like the US, India India has a geographical advantage for SSBNs to patrol the open ocean, once deployed with long-range submarine-launched ballistic missiles (SLBMs). We need to go beyond the areas where the enemy’s anti-submarine warfare strategy is ineffective while reducing the resources devoted to defending against enemy submarines.”

Nikkei Asia reports that the US intends to replace the Ohio-class SSBNs by 2031 and thereby free up $5 billion through the 2022 budget request. This money will be allocated to purchase Columbia-class SSBNs, the most important program of the US Navy. A report by the US Congress noted that “the Columbia class program will be funded, even at the expense of other US Navy programs”.

It is expected that 14 Ohio-class SSBNs will be replaced by 12 Columbia-class SSBNs. Unlike the Ohio class, which requires a lengthy upgrade to nuclear refueling, the Columbia class does not require refueling. It is equipped with a reactor that will last for the life of the ship, making it possible for the US to operate 10 SSBNs at any given time.

America’s nuclear strategy is based on three important points – the first is land-based intercontinental missiles, the second is strategic bombers, and the third is submarine-launched ballistic missiles.

SSBNs are hard to detect and, therefore, go undetected for longer periods of time, hence they are considered the highest surviving (in a war) nuclear assets.

The Nikkei Asia article quotes Tom Shugart, a former submariner and now a senior fellow at the Center for a New American Security, as saying that a “reliable, survivable nuclear deterrent.” reasonable rationale for the United States insisting that the Columbia-class SSBN be the “first priority” of any program.

Western defense experts believe that China has 6 Jin-class SSBNs (Type 094). These SSBNs are capable of carrying 12 JL-2 ballistic missiles with a range of 7,200 km, enabling China to launch long-range attacks. As a result, Jin-class SSBNs can target areas as far away as Alaska and Hawaii from their protected bases near China or southern Japan. 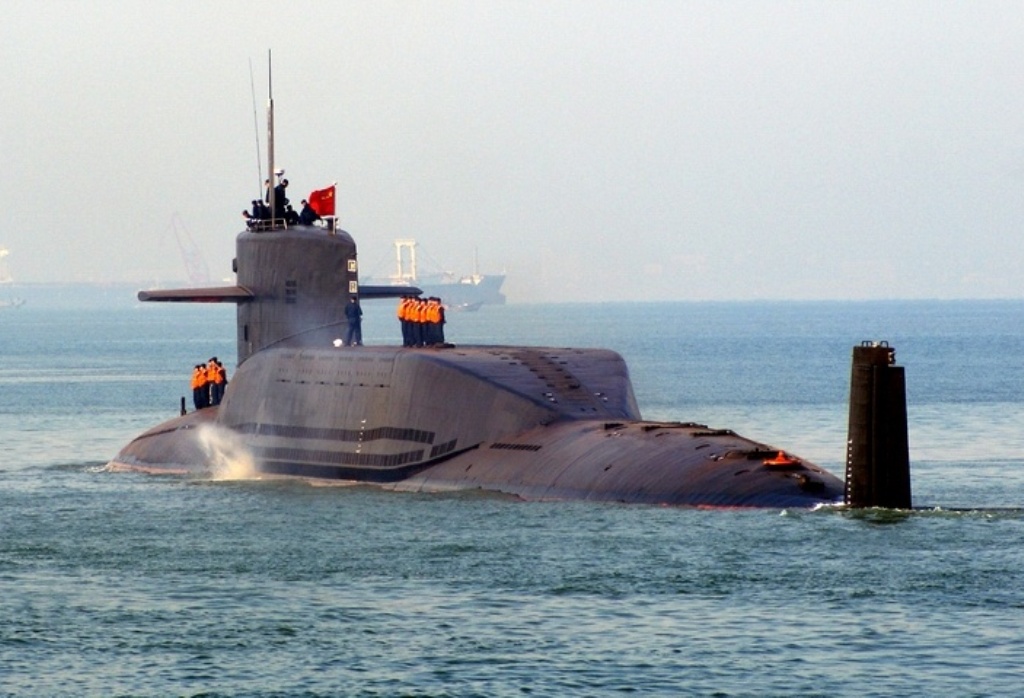 But experts note that China’s SSBN operations are greatly hampered by geography. Stephen Freuhling, vice-chancellor of ANU Asia and the Pacific, explains in the report that “the SSBNs of the US, UK, India and Pakistan have direct access to the world’s ocean basins, while Chinese ships do not.

The country is surrounded by shallow waters and Chinese SSBNs also face the daunting task of breaking through bottlenecks to enter the much safer and deeper waters of the Pacific.

It is believed that one of the main reasons behind China’s recent push to build up and militarize islands in the South China Sea is to create a safe haven for its SSBN fleet to pass through without any interference and avoid discovered by the US.

Experts say that while China may be able to catch up with the United States through its military buildup, but still USA undersea warfare and SSBNs provide a much-needed advantage over China.

US naval analyst Norman Friedman claimed that China could be decades away from being able to “produce a sea-based missile with a range sufficient to reach anywhere in the US from the South China Sea”.