American M777 howitzers handed over to Ukraine’s Armed Forces have already been deployed in combat near Donbas.

According to the latest report, the Ukrainian military received the 89th of the 90 M777 ultralight howitzers promised by the United States. All 90 M777 ultralight howitzers committed by the United States have been received, while 10 M777 howitzers from Australia and Canada are already in place. At the same time, more Ukrainian artillery men are being trained at the NATO comprehensive training base in Germany. A large number of videos and pictures have appeared on the Internet, proving that Ukrainian artillerymen have put this advanced American-made howitzer into actual combat.

Despite the fact that the M777 howitzer’s 39-diameter barrel is 155 mm in diameter, its overall weight is only 3.42 tons, which can be hoisted by CH-47 and other big helicopters due to the vast amount of titanium alloy components and optimal construction. mobility. However, because the Ukrainian army lacks large helicopters like the CH-47, the M777 howitzer acquired by Ukraine can only be employed as a towed howitzer. With the addition of the M777 howitzers supplied by Australia and Canada, the Ukrainian army now has a total of 100 of these weapons. Artillery can be divided into five American artillery battalions, with ten excess artillery battalions available for training and replenishment.

Russians are about to meet the M777 howitzer, kindly donated by the US, Canada and Australia to transform a bad “ordinary Russian” into a good one. pic.twitter.com/J3CoyI8aq2

If typical metrics such as range and rate of fire are utilized, the M777 howitzer, which is deployed with the Ukrainian army as a towed howitzer, is not even equal to the Russian army’s 2A65-type 152mm towed howitzer. The M777, on the other hand, has significant rapid response capabilities because to its superb computerized firing control system. The fire control system can provide accurate positions, yet it cannot be matched to self-propelled artillery and truck guns that can modify the gun with a single button.

And all kinds of information to help the gunner set the shooting parameters at the fastest speed and fire in the shortest time, which is of great significance to the fierce artillery battle between the two sides on the Ukrainian battlefield. 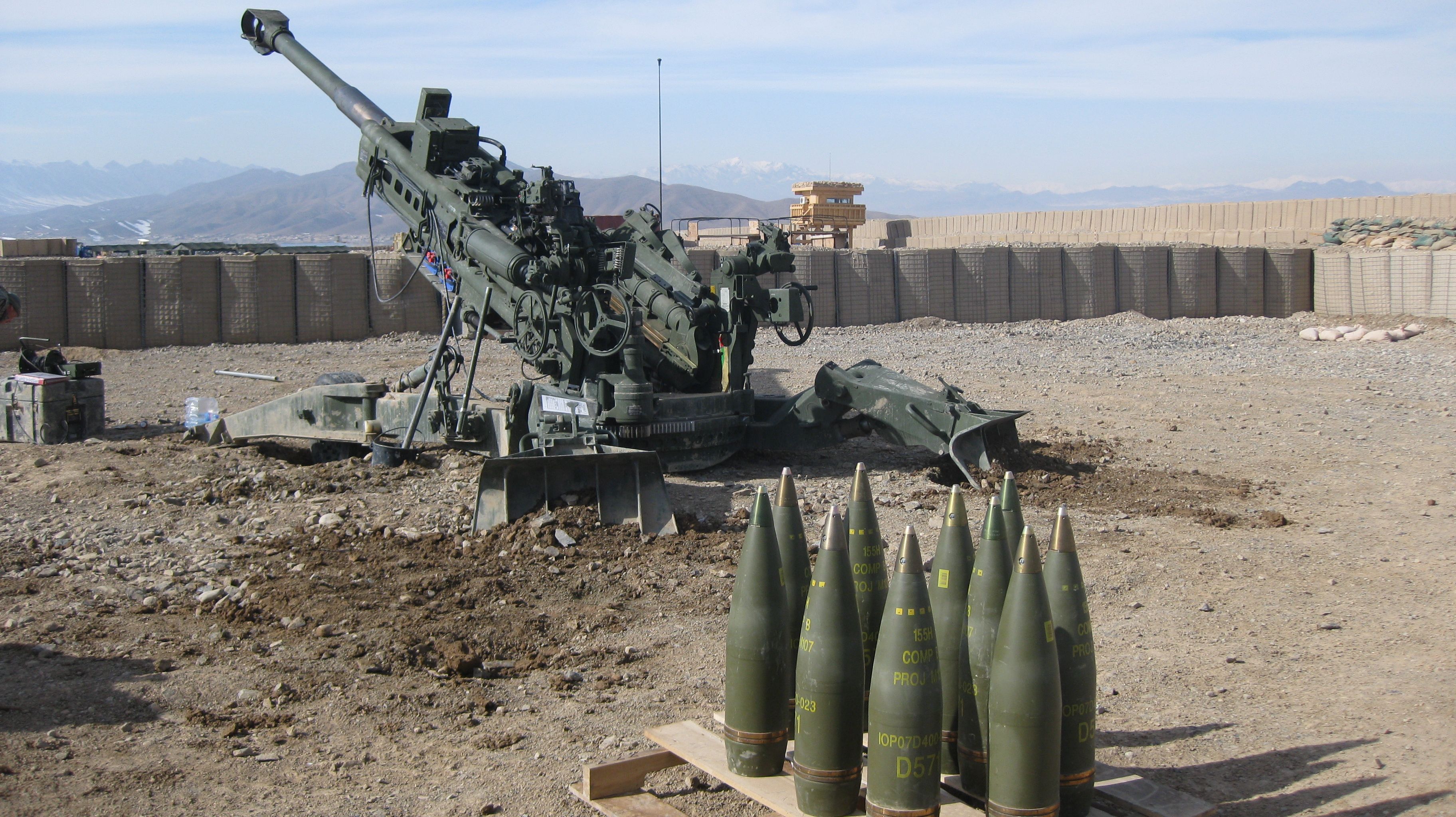 Ukraine has received an undisclosed number of M982 “Excalibur” guided artillery shells from Canada, in addition to long-range munitions such as conventional grenades and bottom-plating bombs. In contrast to the “red earth” frequently used by the Russian army, the composite navigation method of GPS + INS is used. “Excalibur” semi-active laser-guided artillery shells don’t require forward fire observers to use lasers to aim at the target, and the rear artillery only needs to input the position based on the coordinates provided by the front observer or UAV to launch precise strikes on the target, even if it’s satellite signals. “Excalibur’s” built-in inertial navigation system can also make its hit rate substantially higher than ordinary shells if disturbed.

Although there are numerous films of Ukrainian artillery striking Russian targets with precision, there is no evidence that the Ukrainian army has used such precision-guided artillery munitions. Excalibur’s only flaw is that it is too expensive, and it is unclear whether the US will continue to offer it in the future. According to some observers, the US may subsequently offer Ukraine a less expensive M1156 precision guidance package. This precision guidance component is inserted in the fuze position of the 155mm projectile, allowing regular 155mm projectiles to become precision-guided. The cost is roughly one-tenth that of the “Excalibur.”

Russia’s “special military activities” in Ukraine are likely to be extended, according to the Pentagon and US intelligence services, which indicates that US military aid to Ukraine will be extended as well. If the US continues to help Ukraine with howitzers, it seems unlikely that the M777 will be the only option. After all, the self-propelled howitzers and truck guns delivered to Ukraine by Germany, France, the United Kingdom, and Sweden are more modern. Many M198, M109, and M114 stock artillery can be delivered to Ukraine to deal with the brutal attrition battle with Russia, and with the help of anti-artillery radar and accurate NATO intelligence, this outdated artillery can play a bigger role.

Although the Ukrainian artillery’s shelling intensity is not as high as the Russian army’s, its precision is substantially superior, and it can execute real-time hits on targets, especially those with a small time frame, as evidenced by a huge number of recordings.