An American unmanned aerial vehicle (UAV), a 5GAT flying target, will take off for the first time in late October. The planned flight will take place at the Dougway training ground in Utah, the US Department of Defense said.

The first prototype successfully completed a cycle of 24 ground tests in six days, the Pentagon noted. This will compensate for delays caused by restrictions due to the pandemic, the Pentagon noted. Recall that initially 5GAT was supposed to take off in the first quarter of 2020.

The 5GAT is a stealth aircraft that can mimic fifth-generation enemy fighters during training exercises. Such a goal will allow the pilots of the F-22 and F-35 aircraft to develop tactics for dealing with subtle targets, and the designers will receive a platform for testing air defense systems.

In addition, 5GAT could compete with the XQ-58A Valkyrie UAV, which is being developed as an unmanned “assistant” for fifth-generation fighters. 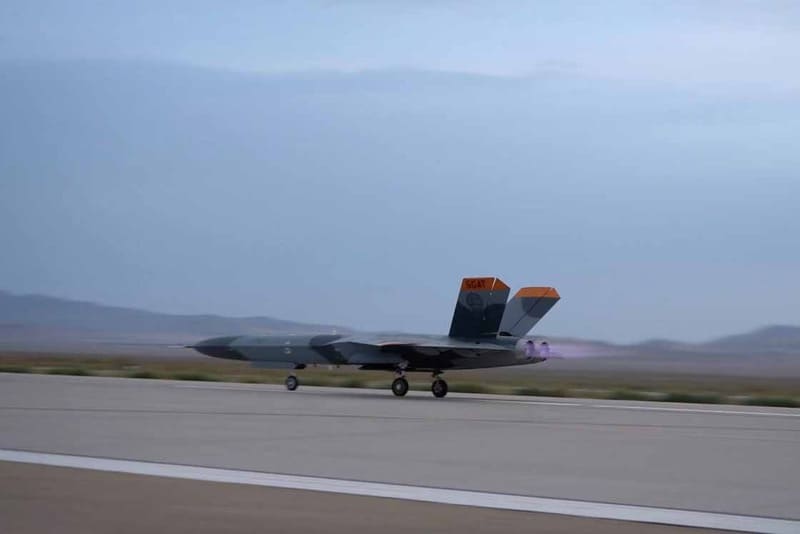 The unobtrusive drone has been developed by Sierra Technical Services since 2006. The advantage of the UAV is the widespread use of nodes from decommissioned US Air Force aircraft. Thus, the airframe is 95% composed of composite materials, and the wing mechanisms are taken from Boeing F / A-18 fighters. The drone received two General Electric J85-5A engines from a T-38 Talon fighter with a thrust of 17.1 kN each.

The design speed of 5GAT is Mach 0.9, and the maximum flight altitude reaches 13.7 km. The fuel tanks provide a flying target with a take-off weight of 4.4 tons and an hour and a half flight. The drone can carry weapons on an external sling – it is likely that external fuel tanks can be placed there.

The first stage of flight tests includes checking the declared characteristics and the operability of various subsystems. In the future, it is planned to increase the complexity of tests, approaching the limit of possibilities. As a reminder, the manufacturer stated that 5GAT is capable of withstanding overloads at the level from +7.5 to -2 when maneuvering. This should prepare the pilots to meet the J-22 and Su-57 aircraft.