In order to increase the ability to deal with Iran’s intercepted targets at a high level, the US and Israel decided to jointly develop the Arrow 4 interception system.

According to the Times of Israel, on February 18, the Israel Defense Ministry said its working with the US to develop a new ballistic missile defense complex called the Arrow-4, the next layer of shield in the missile defense system. Israel’s multistage fire.

“Cooperation with US partners in the development of Arrow 4 will bring a technological leap, ensuring Israel is well prepared for future wars and threats in the Middle East and beyond. more “, Israel Defense Minister Benny Gantz said.

According to this source, the Israel Aerospace Industries company will be the main contractor for the Arrow 4 program. The US Boeing aircraft manufacturer and Israeli arms company Elbit will participate project. Before officially embarking on the Arrow 4 project, the Arrow 2 and Arrow 3 missile defense complexes went into service as part of Israel’s multilayer missile defense system.

Co-produced by the Boeing Group, the Israeli Arrow 3 missile defense complex is capable of destroying targets in the atmosphere. This is considered to be the leading defense system in the world, besides the THAAD system of the US and the S-500 of Russia.

However, with the Arrow 4 version, the US and Israel will create an interceptor system that is introduced as currently unrivaled, even if it is the Russian S-500 system. In terms of design, Arrow 4 is expected to be much more complex than the Arrow 3 combination currently on the Israel Defense Forces (IDF) service, to ensure that any threats coming from Iran in the future can be neutralized. hybrid. 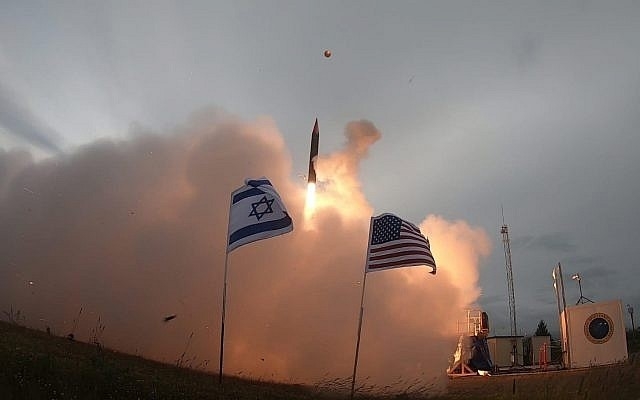 “We are pleased to announce that the Israeli missile defense system is still working well, but we cannot be satisfied and stand still but have to be many steps ahead of the opponent,” said Moshe Petel – Director of the Division. Israel’s missile crafters say.

It is known that the Arrow 3 interceptor missile system – the forerunner of Arrow 4 co-developed by the Israeli Aviation Industry Corporation and the US Boeing Corporation has officially entered operation in the Israel Defense Force service year. 2017. The combination of Arrow and David’s Sling (middle layer) with Iron Dome (innermost layer) creates a reliable 3-layer shield, giving the Jewish nation a peace of mind against any missile threat. Which ballistics comes from neighboring countries.

In addition to serving the needs of Israel, the Arrow 4 missile defense complex is also considered to have a very high export potential if Israel agrees to sell. Thus, the US and Israel are creating products that can compete with the Russian S-500 in the world market.

Russia announced the beginning of the attack on the city of Ugledar.