The first batch of 6 upgraded Saab JAS 39 Gripen fighters, which were delivered to the two air forces of Brazil and Sweden, cost more than the F-35.

In Western Europe, there are currently 3 models of 4++ generation fighters being produced and exported: Dassault Rafale (France), Eurofighter Typhoon (Europe) and JAS-39 Gripen of Sweden; and all three types adopt the large delta delta wing design and use canard (also known as duck wings). In which Rafale and Typhoon are medium weight fighters, using two engines, and JAS-39 is a light fighter with one engine; however, the price of the JAS-39 is now unreasonably expensive.

On 24 November, the Swedish company Saab announced that, at their factory in Linköping-Wozberg, the first six mass-produced JAS-39E Gripen NG multirole fighter jets, will be delivered to force air Sweden and the remaining four will be delivered to the Brazilian air force.

Compared to the first generation Gripen (including two-seat A/C and B/D models) that began mass production in 1996, the Gripen NG has changed quite a lot, especially in terms of engines and avionics systems. While the basic aerodynamic shape remains the same.

The maximum take-off weight of the Gripen NG has been increased from 14 tons to 16 tons, the amount of fuel inside has increased by 40%, so the range is significantly increased. Along with that is the use of General Electric F414G turbofan engines, with a 20% increase in thrust compared to the previous generation.

Gripen NG uses the F404G engine (made by Volvo and called RM12), which enables the aircraft to perform supersonic cruise (limited to Mach 1.1 flight speed), without turning on the afterburner mode, Thanks to that, the Gripen NG can fly supersonic for patrol missions, like the US F-35 fighter.

As for the auxiliary sensor, the Gripen NG is supplemented with the Skyward-G infrared search and track (IRST) system in front of the cockpit’s windshield, to detect and track objects emitting thermal radiation, Like incoming enemy jets and helicopters or rockets.

The Gripen NG wingtip mount can also mount electronic warfare tanks, which did not exist in the old Gripen version. In the cockpit, the Gripen NG uses a single large multifunction display, instead of the original three color LCD multifunction screens.

As a light fighter, the Gripen was initially inferior to the Typhoon and Rafale in firepower, having only 7 pylons and extra fuel tanks; in which there are nodules on the 2 tips of the wings, 4 nodes under the wings and 1 node in the middle of the abdomen.

In the Gripen NG version, Saab has made a big improvement and directly changed the main fork from the fuselage to the wing root arrangement, so there is room to be able to attach 2 more weapon pylons under the belly, can mount advanced medium-range air-to-air missiles Meteor. Thus, the number of weapon mounts on Gripen NG increased to 9 and the firepower was significantly improved.

The Brazilian contract includes 28 single-seat JAS-39Es and eight two-seat JAS-39Fs. The Saab Linkoping factory is responsible for the production of 13 units; Eight units are assembled at Embraer’s plant in Brazil. What shocked the military world was that the unit price of the JAS-39E was as high as 150 million USD/unit. Brazil plans to buy a total of 120 Gripen NGs.

Currently, the Swedish Air Force has ordered a total of 204 JAS-39 C / D versions. However, dozens of JAS-39A / B / C / D fighters, among them, have been delivered to the Czech Republic and Hungary. “rent”; A large number is put into storage, and ready to sell to customers in need.

It must be said that the Gripen NG fighter, despite its modernity and many new technologies, is only a 4th generation light fighter, with a limited range; especially Gripen NG is too dependent on foreign technology such as engines and weapons, so it is difficult to compare with other 4th generation fighters such as Russia’s Su-35, America’s F-15EX or Rafale and Typhoon of Europe.

Especially with the unit price of Gripen NG of more than 100 million USD/piece, it is not possible in the future, with the same amount of money can buy “Typhoon”, “Rafale”; and even the US F-35A stealth fighter, which is just over $100 million. So Gripen NG is not for countries with limited defense budgets. 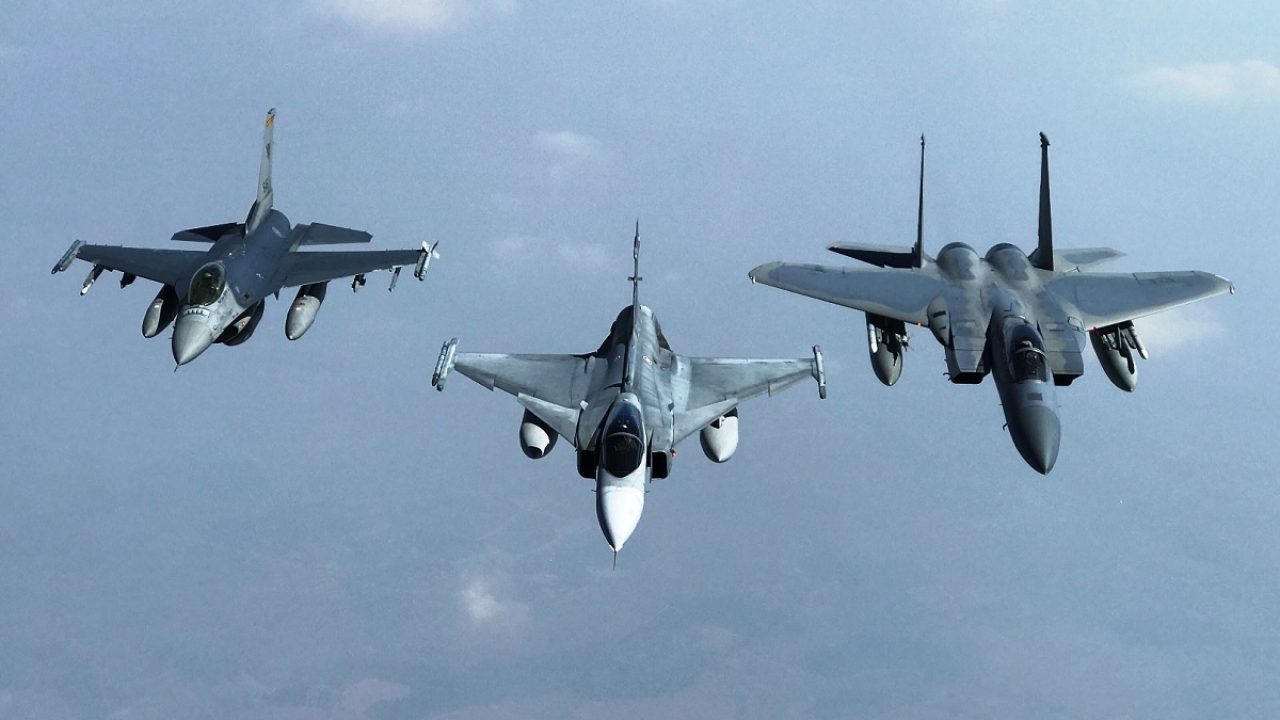 Meanwhile, aircraft of the same “class” as China’s J-10 cost only $ 55 million, or the latest US F-16V only costs $ 121.7 million including enough weapons and spare parts attached. In the future, Russia’s 5th generation light fighter Su-75 Checkmate costs only 30 million USD/unit; Therefore, Gripen NG hardly has a bright future.