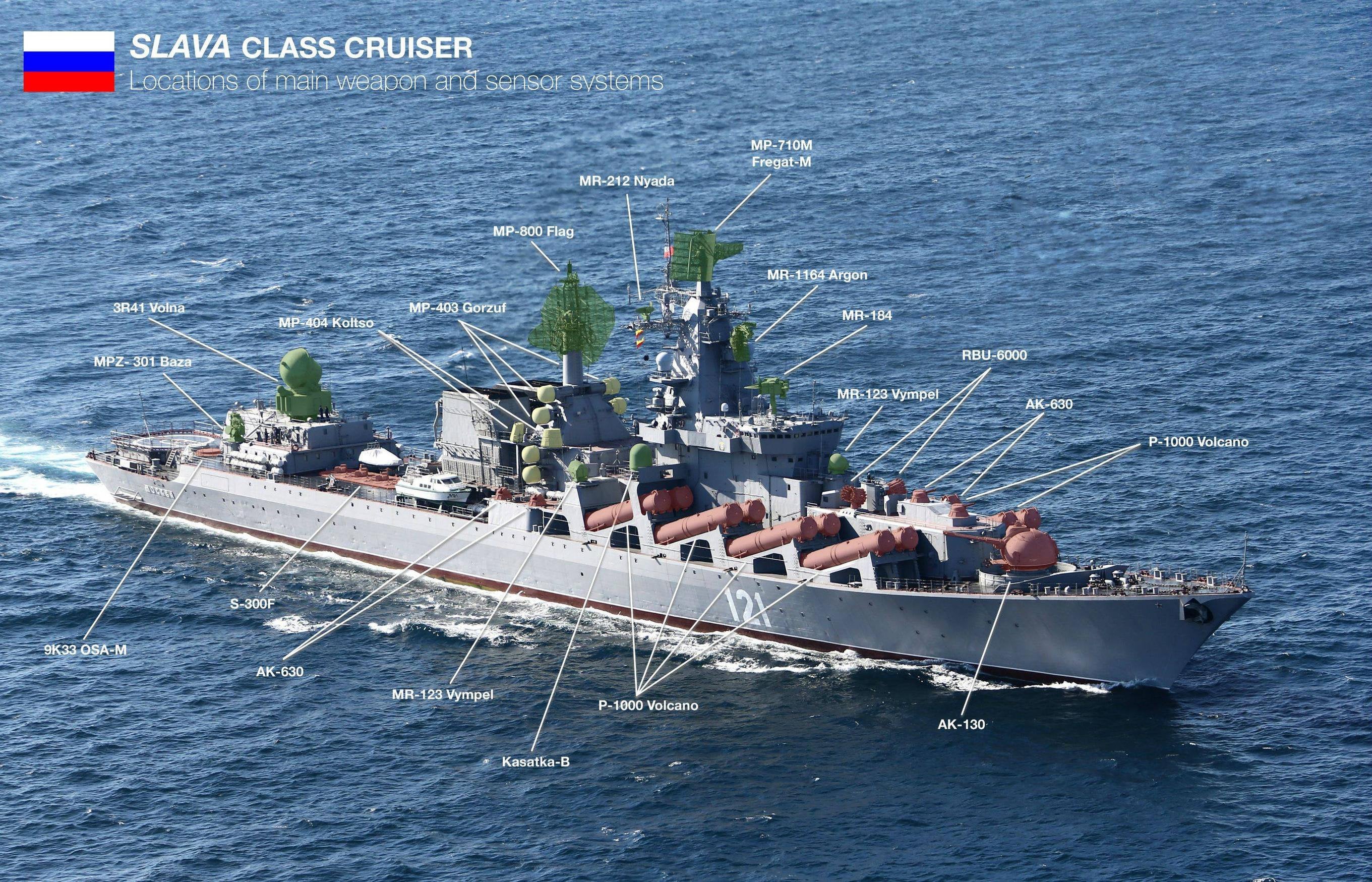 Two Slava-class Ships are Patrolling the Mediterranean to Annoy NATO

On February 22, Marshal Ustinov was near the south of Italy in the Mediterranean while Varyag was operating near the Tartus Base off Syria. Marshal Ustinov and the Varyag could have been given orders to sail up through the Aegean Sea to get closer to the Black Sea, but both ships, in order to send a message to NATO, have been patrolling while the Italians and French sail carrier battle groups in the Mediterranean.

The Slava-class guided-missile cruisers displace about 11,500 tons and can steam at a top speed of 32 knots with four M8KF gas turbines turning two shafts. They were designed to be smaller and less expensive than the Kirov-class battlecruiser. All three Slava-class ships were completed in the 1980s.

They are armed with 16 supersonic nuclear-capable SS-N-12 Sandbox anti-ship cruise missiles. These are considered to be carrier-killers with a speed of MACH 2.5 and range of 300 miles. The ships may have been updated with the faster and bigger P-1000 Vulcan anti-ship missiles that have larger warheads than the Sandbox cruise missiles.

The Slava-class is also equipped with air-defense missiles (the naval version of the S-300) and is adept at anti-submarine warfare with ten torpedo tubes on board. They have modern radar, sonar, and other sensors. The ships also have a close-in weapon system that is comprised of a 30mm Gatling-style gun.

Moskva could shell Odessa with its twin 130mm AK-130 dual-purpose gun that can fire at least 10-rounds per minute at a range of more than 12 miles. One helicopter is used by each ship. The Slava-class vessels have around 500 sailors.

The Russian navy has already accomplished one amphibious landing on February 25 through the Sea of Azov with thousands of naval infantry coming ashore near Mariupol where they linked up with other Russian soldiers. Now the citizens of Odessa, Ukraine’s third-largest city with a strategic port, are preparing for another shore landing with nine amphibious ships seen off the coast.

Women and children have evacuated to Moldova while many others stay indoors. Volunteers are standing on rooftops to act as watchmen for early warning against a Russian amphibious attack. Others are manning food banks and helping Odessa citizens stock up on supplies in preparation for a siege. Many are helping stack sandbags around key buildings and along the shoreline.

But these efforts will not stop the Russian navy should it choose to attack Odessa from the Black Sea. The Moskva battle cruiser will likely support an amphibious landing with gunfire as Russian naval infantry hit the beaches and coordinate with Russian troops north of Odessa to surround the coastal city.