As a former empire that Sun never sets and once the strongest capitalist country, Britain has completely reduced to a supporting role after world war 2 and has become a veritable younger brother of the United States.

In fact, Britain has always wanted to return to the center of the world stage, but how can it be? Strength is not allowed to do so. Britain is no longer omnipotent Britain. The current strength of the UK so much rely on the United States, but it does not mean that Britain’s military strength is very unbearable. At least in the world, Britain’s military strength is still in the lead. In terms of position, Britain’s strength in Europe is also one of the best, but compared with a superpower like the United States, Britain is obviously much inferior, but Britain still has an ambition to stand on the world stage! 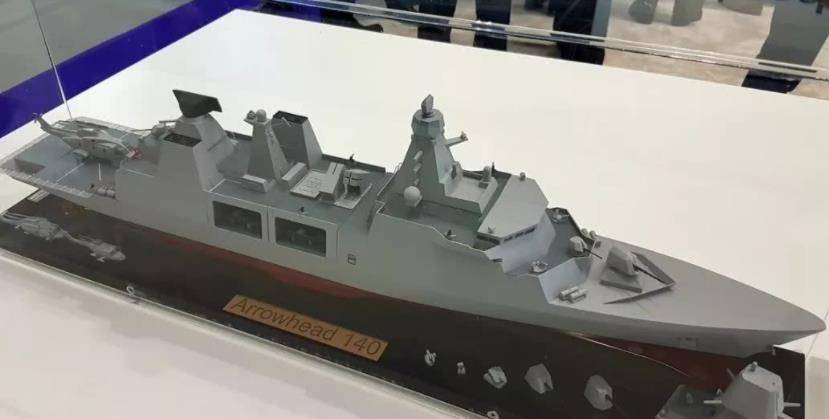 Although the United Kingdom has not built many large surface ships in recent years, the United Kingdom is still quite capable in terms of frigate accomplishments. It should be understood that although the British Type 23 frigate still plays a very important role in the British Navy, it is obviously no longer competent for the United Kingdom. For the future needs of the navy, although the Type 26 frigate is the most advanced frigate in the UK, even if this frigate is powerful the cost is too high, the UK cannot count all on this frigate to replace the old frigate, so Britain can only hope to develop a new generation of frigates. The Type 31 frigate has become a new generation of frigates built by the United Kingdom, which will replace the old Type 23 frigate in the future!

New Type 31 frigates Work has officially started on a £1.25bn project to build five new warships for the Royal Navy. At £250m per vessel, the Type 31 is a smaller, cheaper frigate than the Type 26 warships currently being built at the Upper Clyde shipyards. The Type 31 will undertake a variety of operational roles, including interception and disruption of illegal activity at sea, intelligence gathering and defence engagement.

Each Type 31 ship will have a length of approximately 140m, displacement of more than 5,700t and the capacity to accommodate 105 crew members. Endurance of the ship is 17000km.

Each frigate will draw power from four MTU 20V 8000 M71 engines, with each engine producing more than 8,000kW. Four MTU 16V 2000 M41B generator sets will be used for the onboard power needs of each vessel, with each generator delivering more than 900kW of power. The naval ships will also be equipped with Rolls-Royce’s MTU Callosum propulsion control and monitoring system.

The next-generation frigate will be equipped with Thales’ NS110 3D or NS200 active electronically scanned array sensor as the primary radar. The latest version of Thales’ TACTICOS combat management system, which has a fully open architecture, will be integrated into the Type 31 frigates. Other onboard sensors and processing systems for the ship will include a SharpEye navigation radar, Mirador Mk2 electro-optical systems and the Vigile-D digital electronic support measures (ESM).

Each Type 31 frigate will be outfitted with sophisticated multi-purpose gun systems, such as a Bofors 57 Mk3 medium calibre gun and two Bofors 40 Mk4 small calibre guns.

The Sea Ceptor advanced naval air defence system will be integrated into the frigate for protection against existing and emerging threats.