From Syria to Ukraine, to Nagorno-Karabakh, the Turkish Bayraktar drone has become a game-changing weapon on many fronts.

More than 15 years ago, one of Turkey’s three “masters” in the field of unmanned aerial vehicles (UAVs), engineer and businessman Selcuk Bayraktar, introduced a home-made small-sized UAV model to group of government officials in Ankara. At that time, he was a doctoral student at the Massachusetts Institute of Technology (MIT).

Bayraktar foresees the great potential of these drones and foresees that such technology could make his country one of the largest users of drones.

Believing in his ability, Bayraktar asked the Turkish government for support to further improve the invention he was pursuing.

“Boeing, Lockheed, they’re all big companies, aren’t they?” Bayraktar asked Turkish officials during his presentation in 2005.

“We are building similar systems. So if Turkey supports this drone project, in five years, Turkey can lead the world easily,” Bayraktar asserted.

To prioritize his dream of manufacturing drones, Bayraktar dropped out of his doctoral program at MIT and returned to Turkey. Soon after, he launched one of the products that later left a big mark: the Bayraktar TB2 drone.

This is a series of attack UAVs that can be monitored and controlled remotely by a ground control station or flying automatically. According to the order of the Turkish Air Force, the Bayraktar TB2 produced by the private company Baykar Makina has made a breakthrough in the field of intelligence, directives, and targeting.

Since 2014, the Turkish Armed forces have been using this type of aircraft in northern Iraq and Syria. They also contributed to changing the balance of power on the Libyan and Nagorno Karabakh battlefields later.

Bayraktar has convinced the Turkish Ministry of Defense that it does not need to import more US-made UAVs because TB2 is fully qualified to serve Ankara’s national interests.

And in combat Tb2 proves itself. In the years that followed, from Syria to Libya to Nagorno-Karabakh, the Turkish Bayraktar drone became a game-changing weapon on many fronts.

A few weeks ago, like the events of 2005, Bayraktar just announced another groundbreaking project: building Kizilelma unmanned combat aircraft for Turkey.

The Kizilelma is a line of jet, single-engine, stealthy, supersonic and carrier-operated unmanned aerial vehicle combat drones currently being developed by the Turkish defense company Baykar, belonging to the Turkish military owned by the Bayraktar family.

“There will be a revolution in warfare when these new fighters are developed,” Bayraktar said of its latest project.

According to expert Akbaba, the launch of the Bayraktar Kizilelma project means that costs can be reduced and thus will contribute to the expansion of the air defense arsenals of many countries.

“Countries that can’t afford to buy fighter jets from the West due to financial burden will prefer products like Kizilelma because it can conduct air combat operations,” said expert.

“The acquisition of low-cost unmanned combat aircraft will cause many countries to rethink their ability to engage in conflict because such fighters, if lost, will not cause any harm as large as with manned aircraft”.

Turkey ranks as one of the top three when it comes to the drone industry. With this latest project, Ankara will further strengthen its position globally. 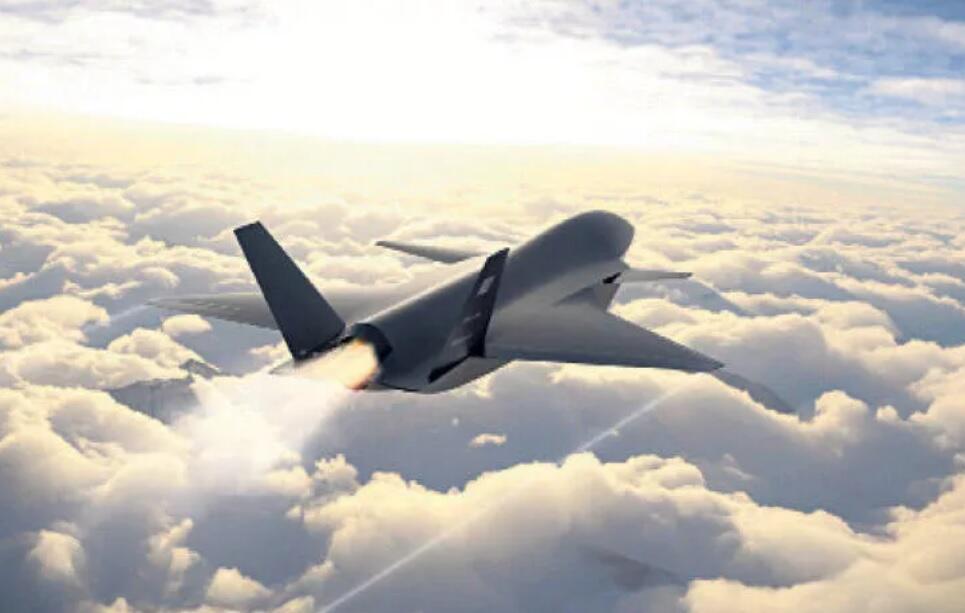 Bayraktar Kizilelma UAV has a take-off weight of 6 tons and a carrying capacity of 1,500 kg

“In the past, Turkey could not keep up with the industry of building tanks and aircraft, but thanks to the lessons it has learned, it has become one of the best countries in the world in the field of manufacturing combat drones,” commented defense industry expert Muhammed Unalmis.

“Now, Turkey can deal with any form of war as has been demonstrated in Libya, Syria, Nagorno-Karabakh.”

The first prototype of the Bayraktar Kizilelma UAV is currently in the integration phase. Once completed, this UAV line will have a take-off weight of 6 tons and a carrying capacity of 1,500 kg. Kizilelma has the ability to operate continuously in the air for 5 hours with a mission radius of 500 nautical miles.

Expert Akbaba also agrees with analyst Unalmis’ prediction that Kizilelma will “change the game” in the field of air warfare.

“When you have a vehicle that has no crew and is much cheaper than other models and if the risk of showing up on the radar screen is much lower, then the enemy is forced to reconsider the hostile action of the enemy. That’s why Kizilelma will be important when it comes to use.”

When we look at the first data shared for Bayraktar KIZILELMA, we see that a very promising prototype will appear. Because this aviator will bring with it some innovations that we saw in the F-16 and F-35, as well as the artificial intelligence features of TB2 and Akıncı. It will also have a high maneuverability compared to other UAVs. Of course, let’s point out that this does not mean that KIZILELMA can do dog fights with F-16s.

It is planned that the first models to be included in the inventory will accelerate to Subsonic, that is, 800+km. In the future, it is quite possible that transonic (1000+ km/h) and supersonic (1200+ km/h) models will appear. In addition, it will be able to land and take off on the TCG Anadolu amphibious assault ship, where the TB3s will also be used, it will have the AESA radar used in the F-16s, and it will have a low radar appearance by carrying ammunition in the fuselage like the F-35.

Bayraktar KIZILELMA will be able to communicate with new generation warplanes (F-35 and MMU/TFX), unmanned aerial vehicles (such as TB2- Akıncı, Anka and AKSUNGUR) and intelligence units (AWACS aircraft). Therefore, he will be able to move and hit the targets they see as if he sees them himself. Their primary mission will be air-to-land. Of course, it will also carry air-to-air ammunition. However, this feature is expected to be used not against warplanes, but against UAV-SİHA-TİHA and helicopter-like aircraft.

On the engine side, it was known that Baykar made various agreements (for AI-322F Turbofan Engine and AI-25TLT Turbofan Engine) with Ukrainian Ivchenko-Progress. But it is not yet certain whether Ukraine will be able to deliver on its possible promises after being attacked by Russia. Therefore, Baykar may knock on the door of TEI or other countries in the future.

However, the question of whether he can find what he is looking for whenever he wants remains unanswered for the time being. In addition, it is quite normal to experience multiple setbacks, learn new things and develop a prototype, especially when developing a new aircraft. Therefore, we may see large stretches in project delivery dates. For this reason, the first flight (planned 2023) and delivery dates (planned 2025) may be delayed by a few years.

To put it briefly, Bayraktar KIZILELMA (MIUS) will be able to take off with F-16s until the MMU (National Combat Aircraft) is produced, and then with MMUs after it is produced. At times he will take over their costly operations. Sometimes he will go on individual secret intelligence missions. When deemed necessary, it will be able to destroy all kinds of targets with the wide variety and number of ammunition it can carry.

For this reason, it is estimated that it will be a better alternative to F-16s and F-35s than Akıncı and Hürjet in many air-to-ground scenarios. However, it seems that they will not be able to replace them in air-to-air missions, at least for now. Of course, if transonic and supersonic models are developed, it can push the limits known with the experience gained until then.