The Russian Typhoon-class submarine is massive. According to Russian sources, a submerged Typhoon-class displaces 48,000 tons. For a sense of size, the largest submarines in the United States’ arsenal, the much-vaunted Ohio-class, displace just shy of 19,000 tons, making the Typhoons two-and-a-half times as large by displacement.

Like the Ohio-class, the Soviet Union built the Typhoons to conduct nuclear deterrence patrols, lying quietly undetected in remote locations underwater and awaiting the command to launch their whopping twenty R-39 Rif intercontinental ballistic missiles at targets in the United States. The Soviet Union’s R-39 Rif missile was the largest intercontinental ballistic missile ever created, and the Typhoons were built around the missiles.

The massive size of the Typhoon-class is due to its correspondingly large ballistic missiles. The U.S. Naval Institute explains just how large these missiles are:

“The R-39 (NATO SS-N-20) missile on board a Typhoon weighs 90 tons at launch, including a massive collar from which the missile hangs (for shock isolation). The collar also seals the tube so that the gas generator inside can pop the missile out. The collar is discarded as the missile flies out above the launch tube. By way of contrast, the R-29RM (NATO SSN-23) on a Delta IV, which has much the same performance as an R-39, weighs only 40.3 tons, and is only 1.9 meters (rather than 2.4 meters) in diameter. It has no shock collar. The equivalent U.S. missile, the solid-fuel Trident D-5, weighs about 59 tons and is 2.11 meters in diameter.”

According to the U.S. Naval Institute, this massive disparity in size between the American and Soviet/Russian missiles is due to the differences in plastics industry maturity, which in the United States, was able to create both plastic children’s toys, as well as important binders for solid-fuel missile components.

Due to their massive size, the Typhoon-class has many amenities onboard that would be unheard of in any other submarine class — some bordering on the ridiculous. There is apparently a pool, a sauna, a waterfall, and even a bird aviary onboard.

The Typhoon submarines were able to carry a full crew of 160 seamen and supplies to last for a single 4-month deployment. There were also some creature comforts on board like the pool, sauna, and gym. They had an operational range of 8,000 km. These subs were not just designed to hug the coastline but to range out far and wide, lurking below the surface and just waiting for the order to strike. Thankfully, that order never came. 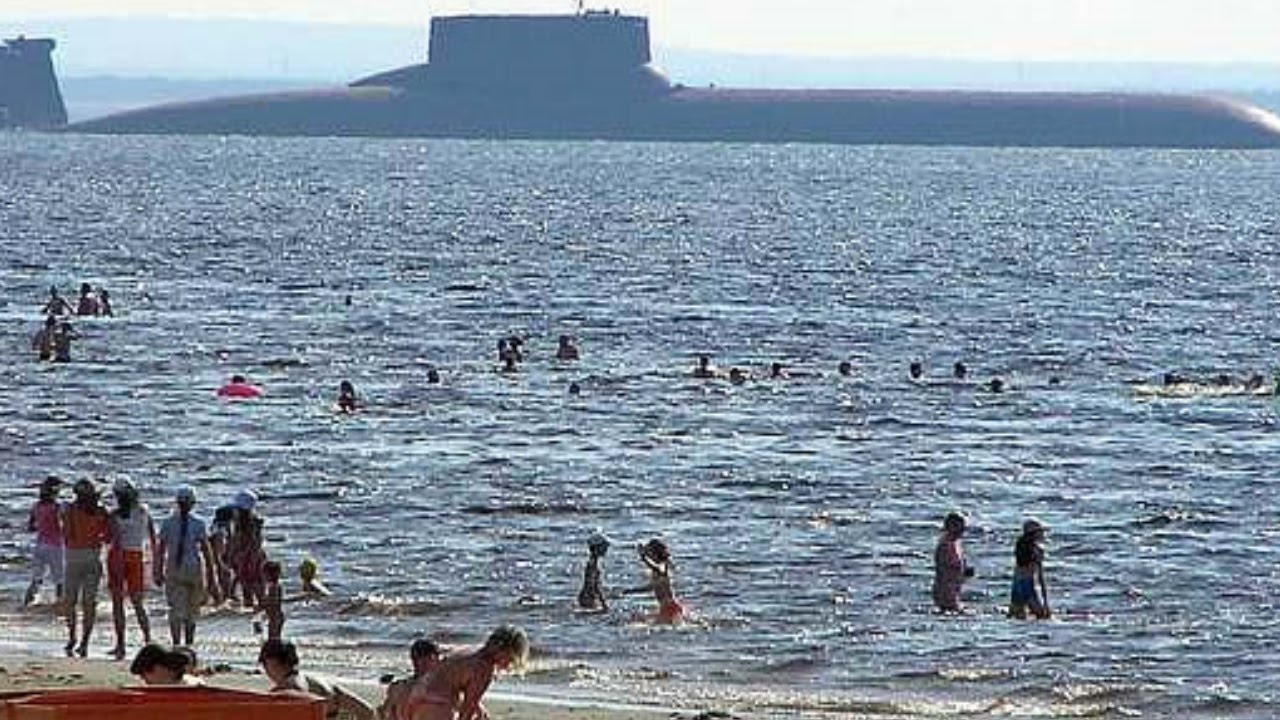 This awe-inspiring weapon of war had a less threatening feature that not many people knew about. They were equipped with a swimming pool that was built within the cavernous hull. Here, the crew could hang out after a tense shift at their duty stations. The pools were quite small and you couldn’t really do timed laps in them but they were functional and served the intended purpose.

Ultimately, all except one lonely Typhoon have been either retired or laid up — and several were done in by the Americans and Canadians — not in combat, but as a part of an arms reduction deal, START-3. In 2012, a number of missiles that the Typhoon-class was capable of carrying were scrapped as well, again with significant financial help from the United States.

As recently as 2019, a Vice-Admiral in Russia’s Navy insisted that the class could be outfitted with hundreds of cruise missiles, essentially giving the submarines a new lease on life as massive-retaliation missile carriers. This may, however, be simply an attempt to regain some prestige, lost when several of the class were scrapped with the help of U.S. and Canadian dollars.

However, the Russians were smart enough to realize that their beloved Typhoons would not fare so well in battle as technology evolved and other countries developed more sophisticated naval vessels. Out of the 6 that were built, only the first one, the Dmitry Donskoy, is still in service today and even then only as a test platform for ballistic missiles and new submarine development.