The recently arrived French Rafale jets have given a massive boost to the Indian Air Force (IAF). Loaded with BVRAAM (beyond visual range) Meteor missile, the Rafales can boast to be the most powerful jets in Asia today.

This has got Pakistan and China worried thats why Chinese experts are openly claiming that pakistan have no match with Indian airforce . Now i tell you the reason .

July 28, five Rafale fighter aircraft in the United Arab Emirates after the transfer, officially arrived at the Indian air base, marking the Indian Air Force officially equipped with this 4.5gen aircraft , the Indian Air Force has been equipped with mirage 2000, MiG 29, Su 30MKI, Rafale , mig-21 , and jaguar  and home made tejas aircraft , the total number of four advanced fighter aircraft more than 350, the number of the world’s top four. The Pakistani Air Force has only 74 F16s and more than 90 jf-17 and some other craps from china , and the Pakistani Air Force is undoubtedly at a disadvantage in terms of the number of advanced fighters alone .

Although Pakistan can continue to produce Dragon fighter aircraft to fill the gap in quantity, but after all, the jf-17 is only a light fighter, has developed the jf-17 BLOCK1, jf-17 BLOCK2, jf-17 BLOCK3 and the two-seater jf-17 B fighter, the latest jf-17 BLOCK3 replaced with a range of phased array radar and a new missile approaching warning device, almost all the potential to be explored. The limited engine thrust and space of the aircraft have been doomed to little potential for improvement.

Compared with the Rafale fighter there is no plane PAF who can match Rafale . The latest JF-17 BLOCK3 in the performance is also in the downwind, the dragon aircraft’s load, range is much smaller than the Rafale , flight speed and subsonic mobility is roughly the same, but the Rafale in the level of avionics far ahead, even in avionics chinese J-20 is not close to Rafale . Rafale fighter more active electronic countermeasures system, laser advanced device and front sector search device, detection performance is more powerful. Rafale  aircraft also carries the meteor long-range air-to-air missiles, and the Rafale can still carry the sub-tank with 6-8 air-to-air missiles, while the JF-17 fighter usually has only four air-to-air missiles. Even if you compared the latest jf-17 to Tejas then tejas have better performance than jf-17 . 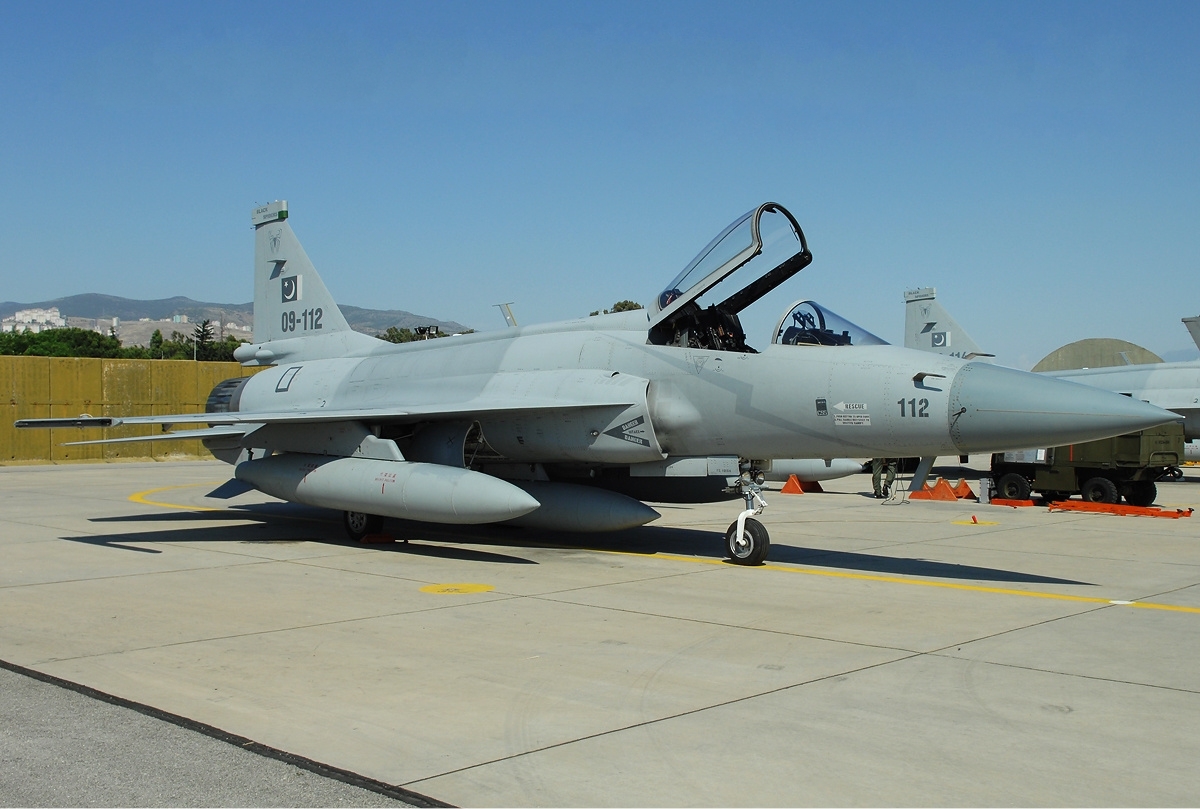 In addition to the rafale fighter, the Indian Air Force is also ready to upgrade the Su 30MKI, with latest AESA radar and Brahmos  misssile, respectively, two aircraft to replace the N036 active phased array radar and ELM-2052 active phased array radar, when the Jf-17 BLOCK3 aircraft is lossing from every side . The Pakistani Air Force’s F16 fighter aircraft can not be increased, the future is difficult to obtain technical upgrades, avionics performance .

Russia and the United States, taking into account India’s arms orders, will not sell new fighter aircraft to Pakistan in the short term, Pakistan can obtain only the new fighter aircraft is the J10C, the J10C from china compared to the JF-17, it has a larger load capacity and improvement potential, and can install better performance of active phased array radar ,and the price is cheaper , but still it has engine issues also the design is very old , copied from israel jet .

Germany says it will not prevent Poland from transferring Leopard tanks to Ukraine.

0 Comments on “There Is No Match Between India And Pakistan : Chinese Expert”