Although the MAKS-2021 exhibition has to be opened until the 20th, the mysterious fifth-generation fighter “teased” by Russia a few days ago was accidentally revealed.

According to the American newspaper “Military Observer”, Russia’s United Aircraft Corporation, recently published a trailer for the upcoming single-engine stealth fighter. Currently, this mysterious fighter has been delivered to attend the International Aerospace Exhibition 2021 (MAKS 2021), in Moscow on July 20. 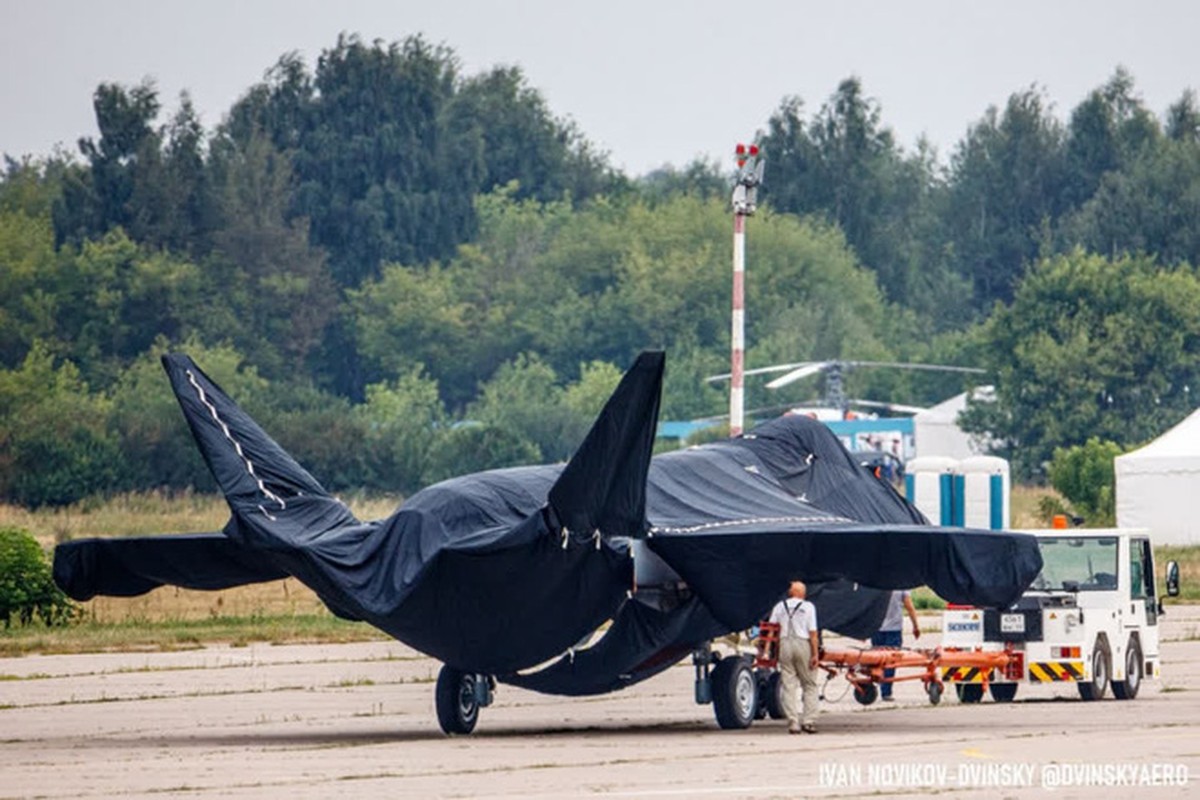 This new fighter is the first single-engine fighter, which was produced after the dissolution of the Soviet Union; The aircraft uses the same technology as that of the fifth generation Su-57 heavy fighter, but it will be lighter in weight, cheaper to manufacture and maintain.

In fact, most of the stealth technology that this new single-engine fighter uses has been developed and applied on the Su-57 stealth fighter, so it is expected to reduce significantly. including the research and development (R&D) costs of the aircraft.

The new fighter will use advanced artificial intelligence technology, which has recently been incorporated into the MiG-35 fighter, and a new thrust vectoring control system.

The new Russian fighter is expected to be equipped with the Saturn 30 engine, the type of engine that will be equipped on the Su-57 fighter from 2022. According to Russian sources, this will be a fighter with The most powerful engine in the world.

Russia has repeatedly set world records for military aircraft engines, including the R-35 engine used by the MiG-23 fighter in 1970 and the D30-F6 engine used in the MiG-23 interceptor. 31 since 1981.

In addition, the Russian strategic bomber Tu-160M, currently using the most powerful jet engine, among military aircraft in the world, is the NK-32M engine, generating 245 thrust. kN (55,000 lb f ) when using afterburner.

Although Russia’s new fighter jet will be powered by the Saturn 30 engine. It is likely, however, that the aircraft will be said to be primarily intended for the export market. But it is possible that the Russian Air Force can also buy a significant number of such fighters.

Currently, the Russian Air Force is equipped with a relatively large number of medium fighters MiG-29 and heavy fighters Su-27 of the Soviet Union. These aircraft were all built under the Soviet Union, so it was time to replace them.

In addition, due to the maintenance requirements for the new fighter, which is expected to be much lower than that of the Su-30, currently the mainstay of the Russian Air Force, and the MiG-29, this aircraft will capable of replacing most of the above aircraft.

However, due to weight limitations, the new fighter can also use a new engine, derived from the technology of the Saturn 30 engine. Although the new engine may be reduced in thrust, the level of thrust is reduced. lower fuel consumption and maintenance requirements. And it is almost certain that the new engine, will be much more powerful than the engines of all fourth-generation fighters.