Su-57 is only afraid of the European meteor air-to-air missile. Its performance is really powerful. As long as it is locked, it is impossible to escape. The same is true for the F-22 when it encounters a meteor.

Why can’t military mighty like Russia and the United States build the best air-to-air missiles in the world, but Europe? Russian expert Vladimir Tuchkov said that the Su-57 is only afraid of the European meteor air-to-air missile.

Meteor air-to-air missile is a fast and highly maneuverable beyond-horizon air-to-air weapon. The missile is guided by an active radar seeker and can automatically attack air targets in all weather conditions and electronic warfare environments. Meteor missiles have a long-range out-of-zone range and high lethality. The biggest feature is the use of ramjets. 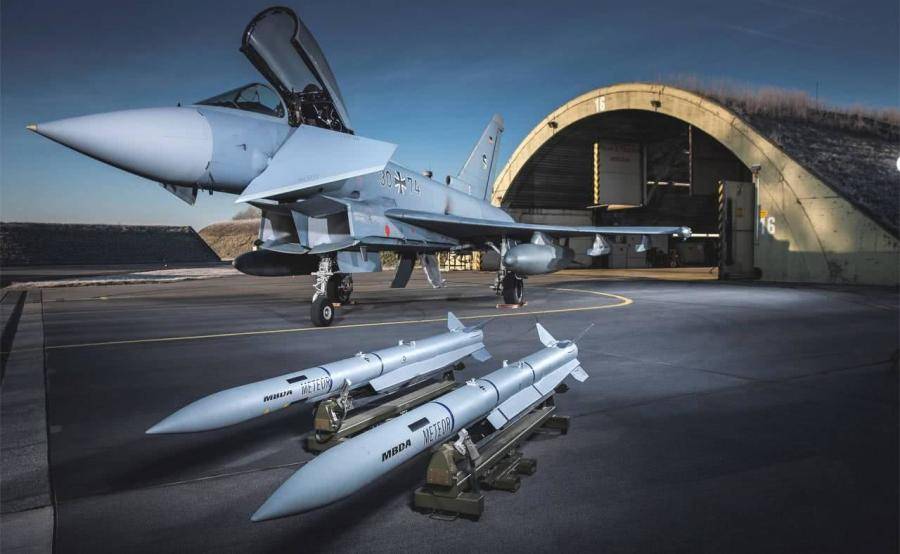 The German air force recently announced that the new Meteor long-range air-to-air missile is ready for use in the European Typhoon fighter jet. The missile carried out all necessary preliminary flight tests on two tactical fighter aircraft at Neuberg Air Force Base in Bavaria. Meteor has served in the air force of some other countries for a long time including the Indian air force.

The history of the meteor missile is like this. In 1984, the Swedish Saab Company was commissioned by the Air Force to begin research on a new type of Rb-74 long-range air-to-air missile, which would use a ramjet engine. But after a while, the military lost interest in this project. Then, the topic was picked up by the British company BAE. The British became interested in the idea of ​​making the “world’s best” European aviation missile, and five other countries joined.

Then the European company MBDA, composed of developers and manufacturers of tactical missile weapons from Germany, Britain, Italy, France, Spain and Sweden, embarked on an ambitious project to develop “the best in the world” aviation missiles.

Meteor missile testing began in 2006. It lasted until 2013. In 2016, the Swedes first used meteor weapons and equipped with JAS-39 fighter jets. Two years later, the French began to install meteor missiles on their Rafale fighters. Along with the Rafale, Currently, India is the only country equipped with Meteor missiles outside Europe. In future other countries who had buy Rafale and Gripen from France and Sweden may get Meteor missiles.

Therefore, the European Meteor missile goes far beyond Europe. In 2024, the United Kingdom plans to equip its F-35B deck fighter with Meteor. Due to the crazy popularity of meteors, there may be a long queue of potential buyers behind it, including Brazil, South Korea, and Japan.

Meteor’s performance data is like this. The starting weight is 165 kg, the length is 3650 mm, and the diameter is 180 mm. The flying distance is 200 kilometers. The speed is greater than Mach 4.

An important advantage of this missile is that it uses not a solid fuel jet engine, but a ramjet engine. The design is quite simple. The advantage of a Ramjet engine is that the engine runs during the entire flight. Therefore, the speed of the missile does not drop, the engine accelerates the missile to the fastest possible speed, and then shuts down. Then the missile flies on inertia, continuously decelerating.

This means that after flying 200 kilometers, the speed of the meteor also exceeds Mach 4, but this is not the most important thing. At the end of the path, the meteor has the same dynamic function, that is, capable of maneuvering and greater overload. This is why the ability to intercept large overload targets at the end of the trajectory is a good indicator. In other words, the meteor can hit any fighter within the maximum range, including the super-maneuverable stealth Su-57 and F-22 fighters.

However, other long-range missiles from Russia and the United States are unable to do this. For example, Russia has a missile with a range of more than 300 kilometers R-37. In the West, it is called “the dark arrow in the sky”. But this “long sky dark arrow” can only hit clumsy tankers, bombers, and early warning aircraft.

The American AIM-120D has a range of 180 kilometers, but it is even worse than the Russian R-37 and R-77 medium-range missiles. Due to the specific aerodynamics, it only moves at low speeds.

For this reason, Russia has also begun to develop its own meteor. In 2012, the research and development of the K-77PD missile was completed. It is also preparing to produce a batch of experimental missiles for trial operation by the military. However, because the missile was too expensive, this project was closed. (Meteor price is 1 million euros, the price of Russian missiles is unknown). And decided to focus on developing a cheaper and simpler K-77 missile, which Russia claims is unique in the world. 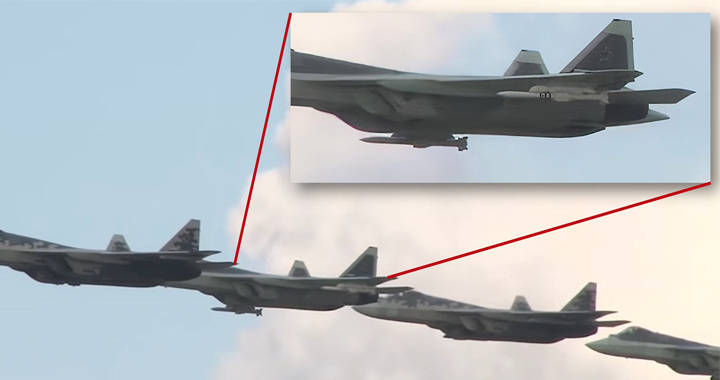 The K-77PD, which was discontinued has a range of 192 kilometers. Like Meteor, there is an active self-guided radar head with an active phased array antenna, which greatly improves the missile’s anti-jamming capability and ensures the interception of any target at a long distance. But all of this was theoretically too expensive in practice, and Russia had to give up in the end.

It can be seen from the above that the scientific and technological strength of European countries should not be underestimated. In addition to the famous typhoons and Rafale, European meteors are also unique and worthy of study.