Based on satellite photos, US media confirmed that China’s Type 003 aircraft carrier has completed the superstructure and is ready to be completed.

The US media has just published extremely detailed images, about the progress of China’s Type 003 aircraft carrier up to the beginning of July 2021.

Accordingly, based on very sharp and detailed satellite images, it is clear that China’s third aircraft carrier , has taken shape and even installed a superstructure. 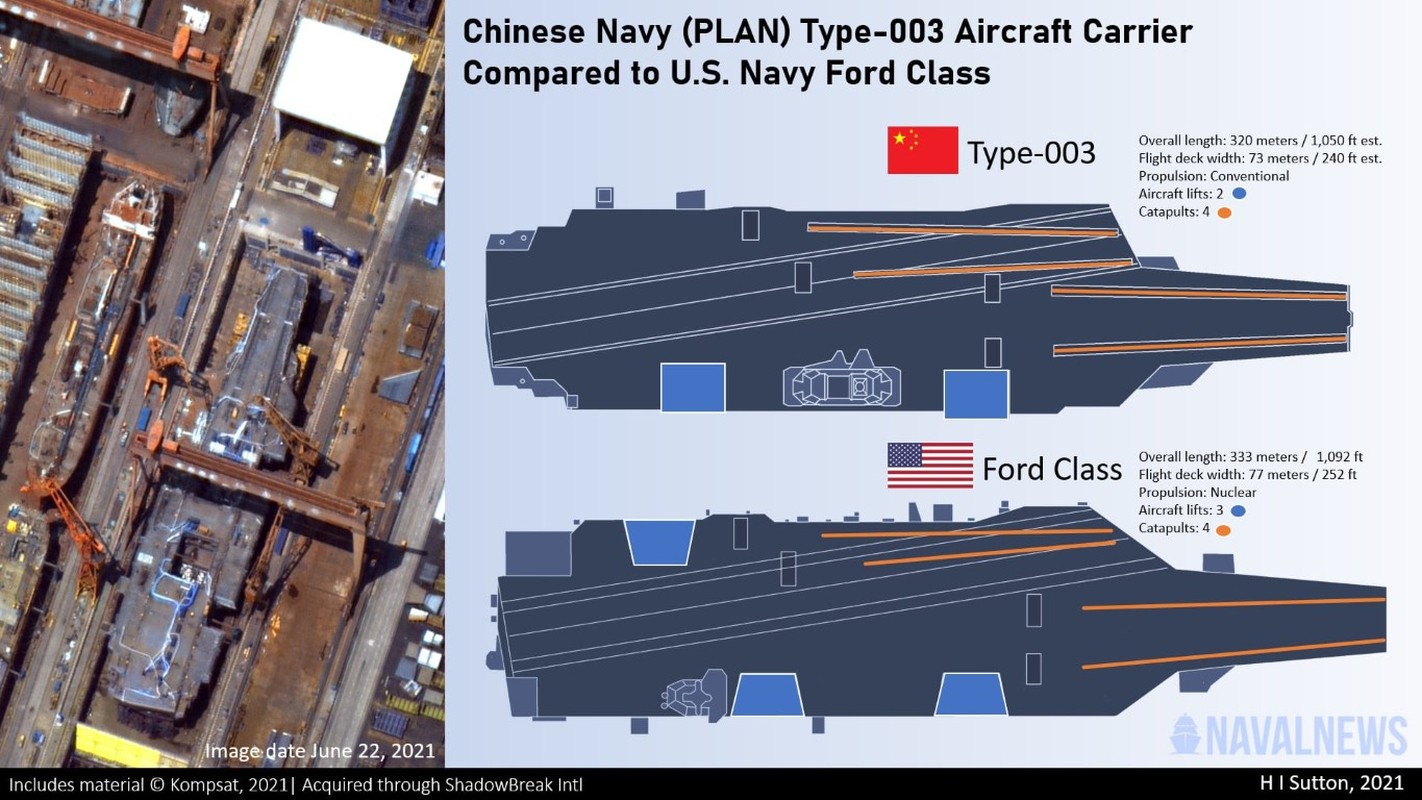 However, with up to 4 runways for take-off and landing, up to 320 meters in size, it can be affirmed that China’s Type 003 will be the world’s leading modern aircraft carrier, second only to aircraft carriers. American aircraft, far surpassing the operational capabilities of French nuclear aircraft carriers.

The newly released photos also show that the design of the superstructure tower of the Type 003 is almost identical, with the 3D images previously revealed.

In addition, Type 003 will still use a single superstructure tower design, serving both maritime and aviation missions.

The use of a flat runway design means that the Type 003 carrier will also have a launch system – exactly like the US Navy’s current aircraft carriers.

With the steam launch system, the Type 003 aircraft carrier will be able to deploy the J-15 fighter jet with full fuel and weapons – solving the biggest drawback of the Shandong carriers. and the current Liaoning. 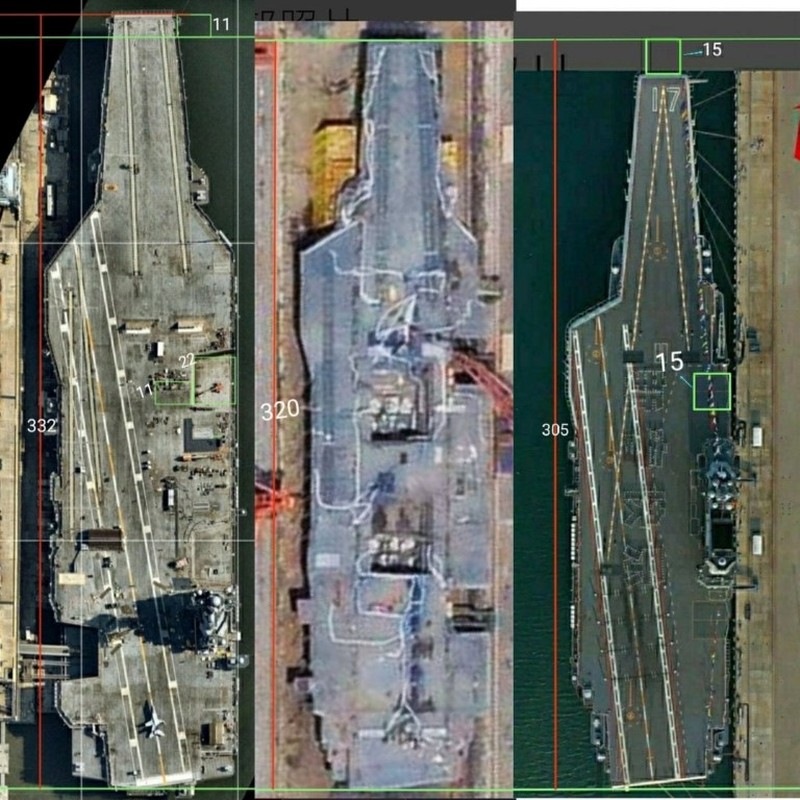 At the present time, the carriers Shandong and Liaoning, due to the use of the jump-off system, will not be able to deploy the J-15 fighter with the maximum payload.

As is customary, the name for the Type 003 aircraft carrier will be kept secret until the last moment. However, most likely, the ship will still bear the name of a coastal city of China.