It is very strange that the Russian Armed forces have to use dishwasher chips in military equipment, has Russia been pushed to the limit by US sanctions?

Since the outbreak of the Russo-Ukrainian conflict, the US and many other countries has imposed “the most severe sanctions in history” against Russia, but opinions differ on the specific effectiveness.

Russia is having to use computer chips intended for home appliances to repair its military hardware due to the impact of US sanctions, according to a US official.

“We have reports from Ukrainians that when they find Russian military equipment on the ground, it’s filled with semiconductors that they took out of dishwashers and refrigerators,” commerce secretary Gina Raimondo told the Senate Committee on Appropriations on Wednesday.

US Commerce Department spokesman Robyn Patterson also confirmed that Raimondo’s story came from Ukrainian officials who told the US Secretary of Commerce that when the Ukrainians opened the seized Russian tanks, they found chips for refrigerators, commercial and industrial machinery were used.

According to Raimondo, US technology exports to Russia have fallen by nearly 70% since sanctions against Russia began in late February, and 36 other countries have imposed similar export controls. The same applies to Belarus.

But according to the analysis of experts, it is highly likely that Mrs. Raymond was deceived. So how much dependence on foreign countries of the Russian military chip market is? This starts with the peculiarities of military chips.

While the military chip does not have high requirements for computing power, but more emphasis is placed on reliability in harsh environments. At the same time, the selection conditions of the military chip, such as mass, power consumption, etc., are not higher than that of the civilian chip.

In other words, a military chip would rather be “dumb and bulky” but with stable performance. For example, the computer chip used on the F-35 stealth fighter, although it has a much lower processing speed than the chip of our mobile phones used today, but the level of stability is higher, a lot of.

Imagine that, most ordinary people have had computer or mobile phone problems, and generally just rebooting, can solve the problem;

But if the aircraft’s control system suddenly crashes or reports an error while controlling an F-35 fighter, during a fierce air battle, even the most experienced pilots will have to go crazy.

So what are the performance requirements of military chips? Take the most modern fighters , which are already highly informatized, for example. The US F-22 stealth fighter, dubbed the world’s most powerful air-to-air fighter, uses only Apple Computer’s PowerPC series chips.

Of course, the PowerPC series chip has been specially enhanced in terms of stability and reliability. Although the F-22 entered service in 2002, the blueprints were frozen as early as 1992; so its chips were only at the level of consumer chips circa 1990.

The US military is at the forefront of using chips for their weapons; F-35 stealth fighter is called “full body chip”, because the whole machine is equipped with powerful sensor equipment.

The F-35 manufacturer, Lockheed Martin, said that the chip used in the F-35’s central computer is PowerPC G4, a similar civil chip that was released from the 1990s to 2005. used is from 0.2 micrometer to 90 nanometer.

Can Russia produce chips for its weapons?

The question is, is Russia capable of making such chips? Although Russia’s electronics industry is quite backward and has long been sanctioned by the US, self-production of chips of this level is completely within their grasp.

The Washington Post also acknowledged that the Russian chip maker Mikron, currently the only company in Russia, has the ability to mass produce 65 nanometer process chips; although “this technology has been mass-produced in the semiconductor industry since 2006”.

In other words, Russia is perfectly capable of producing even the military chips necessary for high-end fighter jets. Not to mention tanks and other ground equipment that require a low level of informatization.

Second, although Russia does not have the ability to produce high-end chips, it can still bridge the gap, through other methods in the military sphere.

The most typical method is algorithm optimization, which is also a common practice in the development of military chips in countries, in order to improve operational efficiency. The Russian military industry has an edge in this area, with an extremely strong mathematical background.

Guo Yanying, a Chinese rocket expert, also wrote that Russia has made full use of its technical advantages in the production of electronic light bulbs and used radio frequency circuits and analog circuits to replace some important chips.

Mr. Guo Yanying said that although Russia does not have high-end chips, designers have taken independent innovative measures in many aspects, especially the policy of taking advantage of strengths and avoiding weaknesses, circuit design, microwave (radio frequency) and analog circuitry, with unique ideas to replace high-end chips.

The US has been punishing Russia in the chip field for a long time, and at least until now, the Russian military has not fallen into the tragic situation of not being able to produce military chips because of US sanctions.

Did Ukraine lie to the US minister?

So did the Ukrainian side really lie? Absolutely not, because the possibility of civilian chips appearing in Russian military equipment is very high, especially in certain types of disposable weapons.

As mentioned earlier, since civilian chips are long ahead of military chips in terms of computational performance, many weapons don’t require high stability of the electronics, or take into account cost effectiveness, so Weapons manufacturers used a large number of civilian chips. 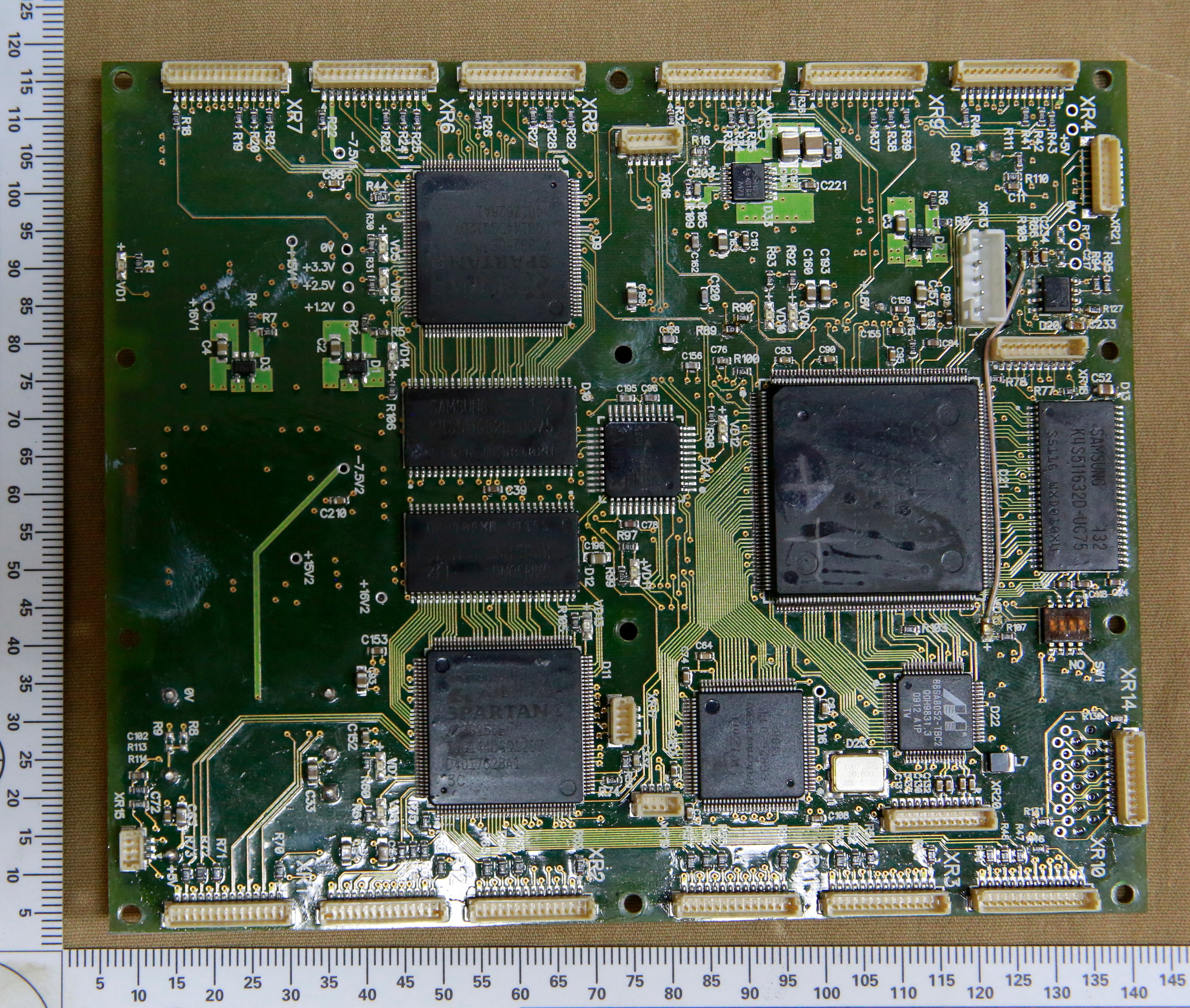 Therefore, if civilian chips are found in some devices that are temporarily supplemented by Russian missiles, drones or small tanks, that is actually quite normal.

So the story “chip in the dishwasher” to infer that, “Russia pushed to the limit by the US” is a very strange story; even ordinary people, but interested in military science, can guess basic truths.

As for the Ukrainian or American officials, do they really not know, or are they trying to deceive public opinion?

FB-22: Stealth bomber version of the F-22 Raptor, that never made it to production