30mm caliber GSh-301 high-speed cannon, equipped on Russian fighters. The main task of the cannon is as a melee weapon in the air, and at the same time allows to attack ground targets to a certain extent. 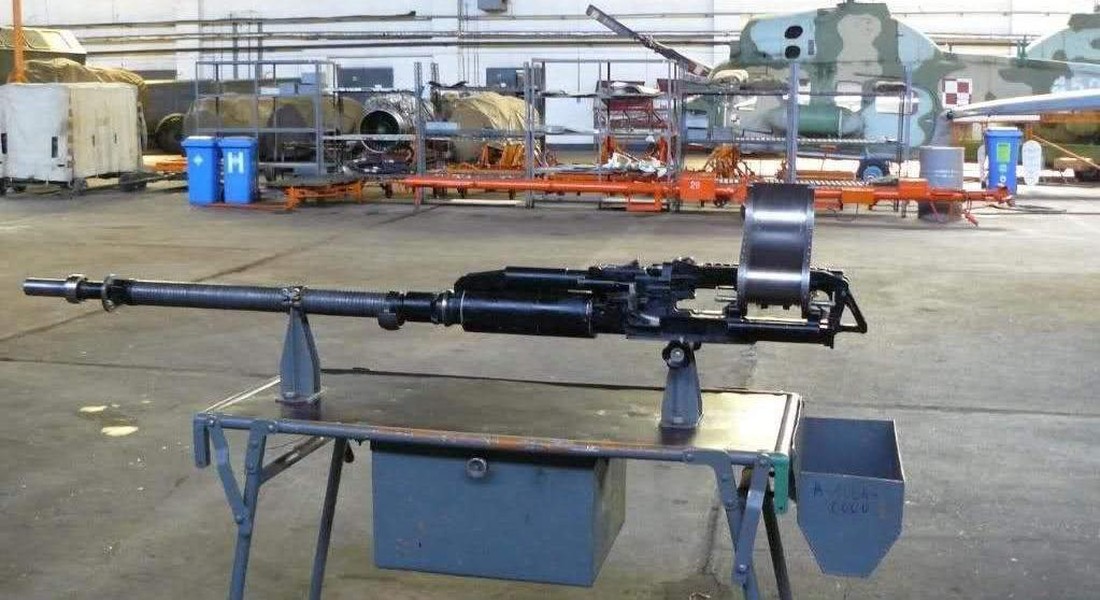 GSh-301 is the product of the Tula Design Bureau, which is mainly two general engineers Vasiliy Petrovich Gryazev (1928-2008) and Arkadiy Georgiyevich Shipunov (1927-2013). The GSh prefix in the cannon’s name is the combination of the two men’s names.

The GSh-301 is a 30mm automatic cannon mounted on fighter aircraft since the 1980s. The production of this gun was carried out by the Izhmash company (now merged into the Kalashnikov corporation).

The GSh-301 cannon was born to perform close combat missions in the air of the fighter. The cannon weighs 46kg, this is the lightest anti-aircraft gun in the world equipped on combat aircraft. The total length of this cannon is 1,978mm, while the barrel is up to 1,500mm long. With this size and weight, the GSh-301 does not affect the maneuverability of the aircraft carrying them in combat.

The GSh-301 gun uses a short-barreled recoil mechanism with hydraulic brakes, evaporative liquid cooling, and an electric fire point. A mass of 700 cm3 of liquid will be poured into a tube around the barrel, when fired, the liquid will heat up and evaporate, taking away the heat of the gun, then this vapor will pass through a spiral tube where it will heat and return to liquid creating a circulation in the cooling system.

The firing of the ammunition is carried out by a 27 V power source, the automatic reloading is done by the propellant energy of the bullet when fired.

If the ammunition does not explode then an option is to activate a hot electrode igniting needle that will be soldered through the shell where it will burn with a high temperature igniting all the gunpowder inside forcing it to explode to continue the salvo to help the gun have high reliability.

When the barrel absorbs the recoil and moves back, it will drive the loading spindle to start the reloading cycle while acting on the hydraulic brake cylinder to absorb the recoil and the spring to push the barrel back to its original position.

In the process of these moving parts, the gun also generates a certain amount of electricity by itself through a mechanical movement transducer to replenish energy for subsequent shots and save main energy for the aircraft.

The number of bullets carried per take-off is 150 rounds. To increase efficiency in combat, the GSh-301 cannon is supported by a laser rangefinder and targeting system, the GSh-301 can destroy targets with only 3-5 rounds.

The cannon has a rate of fire of 1500-1800 rounds per minute, but the barrel has a relatively short use time with a minimum of about 2000 rounds before completely worn out.