After the end of World War II, the United States and the Soviet Union to make a fortune in the war began the cold war, just ended a large-scale war, consumption was serious, can not immediately go to war, but also afraid of war after a hair out of control. So the two countries launched an arms race to suppress each other, during which the United States and the Soviet Union continued to compete for military high-tech, almost out of the nuclear bomb to compare. 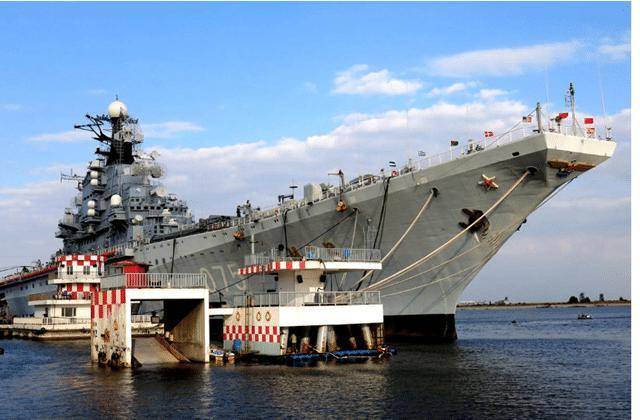 First of all, we need to know where the remaining aircraft carriers are going, and we need to know about Ukraine. Ukraine inherited the Soviet military industry at that time, the Soviet union’s military factories are mostly in Ukraine, which also led to Russia’s previous inability to build military weapons. At the same time also inherited a nuclear-powered aircraft carrier, the United States take major benefit from the collapse of USSR, in order to eliminate the threat, the United States force Ukraine to destroy the only nuclear-powered aircraft carrier.

Russia had inherited a number of aircraft carriers, including the active Kuznetsov, but the aircraft carrier is nearing old age. Then there are the two light aircraft carriers that were dismantled and placed in the warehouse, because the parts are all aging and useless. And the Kiev and Minsk eventually sell to China, turning it into an aircraft carrier exhibition hall and theme park.

Another aircraft carrier was given to India by Russia, India got the hand, India hire Russian technicians to help convert the new Rosythsk, Currently Known as INS Vikramaditya  Another, which was once purchased by South Korea at a cost of more than $60 million from Russia and sent 30 ship-borne aircraft in vain, is now on the road to dismantling. The last Warraig, which China bought from Ukraine and converted into China first aircraft carrier Liaoning.