Share
Russia is currently working on systems of countering hypersonic weapons, which other countries still do not have, Putin told reporters on Thursday 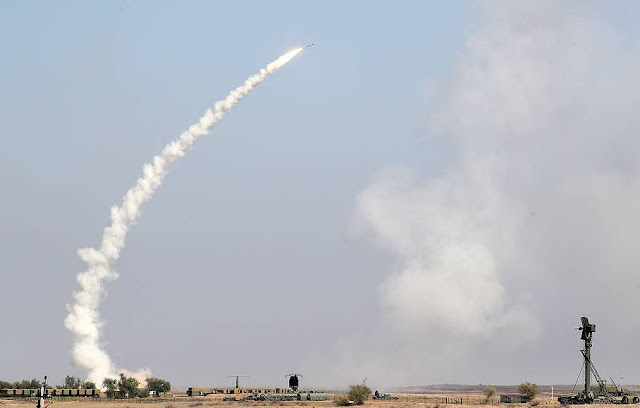 © Gavriil Grigorov/TASS
MOSCOW, December 17. /TASS/. Russian military experts named the S-500 surface-to-air missile/anti-ballistic missile system and a modernized interceptor missile as a possible ‘antidote’ against an enemy’s hypersonic weapons mentioned by Russian President Vladimir Putin during his annual press conference.
Russia is currently working on systems of countering hypersonic weapons, which other countries still do not have, Putin told reporters on Thursday. “We are working, among other things, on the ‘antidote’ against future hypersonic weapons in other countries, in the world’s other leading armies. I am confident that we will do that and we are on the right way,” he said.
According to Victor Murakhovsky, the editor-in-chief of the Russian magazine Arsenal of the Fatherland, “the S-500 system can become that ‘antidote.’”
“Possibly, the modernization of Moscow’s missile shield was also meant. It has been made known that its interceptor missiles have been seriously modernized,” the expert added.
In turn, the director for the development of the Foundation for Assistance to 21st Century Technologies, Ivan Konovalov, said Russia was way ahead of the United States in hypersonic technologies. However, the US will do its best to catch up with Russia as soon as possible, so a proper defense against hypersonic weapons would be necessary for maintaining balance.
“The classical military way of thinking is that an attack weapon should always be supported by a defensive weapon, because the potential adversary will also develop this sphere. Therefore, in the classical paradigm, an attack technology must always be complemented with a defensive technology, and vice versa,” he told TASS.
Source: TASS