Even it had been 12 years since the Su-57 first flight, only 3 Su-57 fifth-generation stealth fighters were mass-produced and delivered to the Russian air force.

The situation in Russia and Ukraine affects people’s hearts. The United States and NATO are aggressively deploying troops to Eastern Europe to deal with the possible “invasion threat” from Russia

According to the Russian military blog, on February 3, at Tolmachevo Airport in Novosibirsk, Russia, local aerial photography enthusiasts suddenly found two unusual aircraft at the airport – two Su-57 fifth-generation stealth fighter jets. The fighter was “newly build” and had just rolled off the assembly line at the Sukhoi “Yuri Gagarin” Aviation Factory (KnAAZ) in Komsomolsk Amur in the Far East, and was transferred to Novosibirsk.

From the photos taken by aviation fans. One of them was designated “Red 52” and the other was “Red 02”, the latter had a prominent insignia next to the tactical number – No. 929 in Akhtubinsk (Astrakhan Region) The logo of the National Flight Test Center, while the “Red 52” does not have this badge, is expected to enter another famous flight training test center of the Russian Air Force – the “Chkalov” base in Lipetsk. 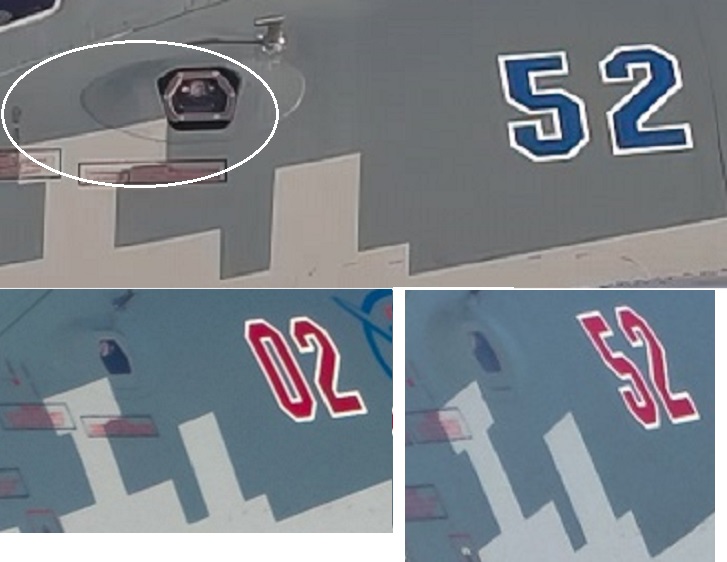 As the world’s third first-flying fifth-generation stealth fighter, the Su-57 completed its maiden flight on January 29, 2010, almost a year earlier than the Chinese J-20.

But after 12 years, only 10 prototypes were built, and 4 miserable mass-produced aircraft were delivered (One crashed). This speed is very slow, and the stealth ability of the Su-57 has been questioned by the outside world, export sales have stagnated, and the Russian Air Force has also ordered Only 76 aircraft, but such a slow batch production rate obviously cannot significantly improve the combat capability of the Russian Air Force, let alone rapidly improve and upgrade the Su-57 with scale and use.

In particular, under tensions with NATO, the Russian Air Force may become a potential “shortcoming” compared to a powerful army and a navy with strong underwater assault capabilities. The U.S. Air Force just recently replaced two squadrons of F-35As at the 48th Fighter Wing at Lakenheath Base, England, becoming the first F-35A unit to be stationed in Europe. In addition, the U.S. Marine Corps F-35B also Can appear in the Mediterranean with amphibious assault ships.

In addition, the number of US NATO allies currently equipped with F-35A is quite large. For example, the Norwegian Air Force, which “sticks” to the “North Gate” of Europe, has nearly 20 F-35As in service and formed Initial Combat Capability (IOC). On February 3, the Russian A-50 early warning aircraft intercept By Norway’s F-35A, the Netherlands, Italy and other countries also had 24 F-35 and more than 10 F-35As already get IOC, and the number of NATO permanent F-35As in Europe will soon be Breakthrough a hundred.

Under such a power comparison, the gap between stealth fighters may become a hidden danger for the Russian army and NATO to compete. In any case, the Su-57 has a significant improvement in stealth and situational awareness compared to the Su-35S, and the number of deliveries is so small. To force, obviously dragging its feet.