Under strict confidentiality, the US Air Force confirmed the testing of the next-generation fighter. Analysts believe that it will take 10 years for this fighter to enter the United States.

The country’s sixth-generation aircraft project has made a major breakthrough. Its test aircraft has undergone its first flight test and has broken many world records. The outside world was shocked by this news. After all, most countries are still in the groping stage when it comes to the development of the sixth-generation aircraft, and some countries have not even worked out a blueprint. Under this circumstance, the United States developed a test aircraft and successfully flew for the first time, which is really shocking.

Recently An image of a certain deltoid twin-engine manned aircraft was replicated on a poster in honor of the 73rd anniversary of the United States Air Force. Immediately there was speculation that it could be an image of the same mysterious secret prototype of a promising American fighter under the Next Generation Air Dominance (NGAD) program, the beginning of flight tests of which was reported on September 15 by Defense News.

Importantly, military analysts did not predict that a new generation of fighter jets will appear in the United States in the next 10 years. The American F-22 Raptor and F-35 Lightning II fighters are still the most advanced fighters in the world.

In the interview, Roper claimed that the United States had created a miracle, and it took only a year to build a new fighter. Since the Second World War, the US military has never seen such a production record.

Think about it, it took nearly 10 years for the Chinese J-20 to enter service, while the Russian Su-57 flew for the first time in 2010 and has not yet been put into service.

Almost all details about the aircraft itself remain mysterious due to the secrecy of the Next Generation Air Dominance (NGAD) program, which is a US Air Force project to create a family of interconnected air warfare systems that could include fighters, UAVs and other networked platforms in space or cyberspace. …

Roper declined to comment on how many prototypes were in use or what defense contractors made them. He did not say when or where the first flight took place. He also refused to divulge any aspects of the aircraft’s design – its purpose, whether it was unmanned or optionally piloted, whether it can fly at hypersonic speeds and whether it has stealth characteristics. All these characteristics, he said, do not matter.

Taking off the prototype of the future fighter was a relatively easy part of the job. Now the US Air Force must decide whether to use the radically altered procurement method.

Over the past 50 years, the US industrial base has shrunk from 10 manufacturers capable of modern fighter jets to three defense companies: Lockheed Martin, Boeing, and Northrop Grumman. The time it took for the US Air Force to take a new fighter from research and development to mass production stretched from a few years to several decades.

As a result, every fighter program is becoming critical for companies that struggle to prove they can meet technical specifications during design and production at lower costs than their competitors. As a result, companies can only profit in later years of the program, when they become monopoly guaranteed sustainability service providers with the technical expertise to renew, repair, and extend the life of their products – often without much interest or oversight from Congress. …

The turning point for the US Air Force comes when the plane turns 15. At this age, service costs begin to skyrocket, increasing another 3 to 7 percent annually, Roper wrote in a September 15 document titled Take the Red Pill: The New Reality of Digital Procurement.

But what if, instead of spending heavily on maintaining old aircraft, the US Air Force used that money to buy new ones?

Rather than buying large numbers of one type of fighter over decades and retaining each aircraft for 30 years or more – as is the norm today – Roper’s Digital Century Series argues that advanced digital manufacturing and development technologies will enable The US Air Force is rapidly developing and purchasing aircraft more frequently, as it did in the 1950s, when it purchased six types of Series 100 fighters from six companies, with each new type being commissioned at close intervals.

In August, the Air Force Advanced Programs Office completed a business model analysis of the Digital Century Series to test whether the idea is technically feasible and, more importantly, can save money.

Analysis leaders found that applying the digital manufacturing and development techniques used in the T-7 aircraft program, as well as in the development of the NGAD prototype, could reduce the total lifecycle cost of a next-generation fighter by 10 percent over 30 years, compared to current fighters such as like the F-35 and F-15, writes Roper.

But for the same price as one digitally produced fighter with a 30-year life cycle, the US Air Force could buy a new fighter every eight years and replace it 16 years later – before the plane reaches 3,500 flight hours. plaque. It is noted that it is at this stage that it begins to need major repairs and expensive upgrades to extend its service life.

“I don’t think it’s wise to build a single aircraft that should dominate all missions and in all cases all the time,” Roper said. “Digital engineering allows us to build different types of aircraft, and if we’re really smart … we provide intelligent unification for the entire fleet – common ancillary equipment, common cockpit configurations, common interfaces, common architecture, even common components such as landing gear – which simplify maintenance. and repair in the field ”.

The main difference is that the US Air Force will spend most of the cost of the fighter program upfront. In order to continually develop new fighters, the US Air Force will continually contract with several suppliers to develop new aircraft, choosing a new design approximately every eight years. To make this approach profitable for the industry, batches of 50-80 aircraft must be purchased annually.

As a result, development costs increase by 25 percent and manufacturing costs by 18 percent. However, the cost of upgrading the aircraft will drop 79 percent, while the main costs of maintaining them will be cut in half, Roper wrote in the report.

“I cannot influence the life cycle; the industry has to make a profit somewhere, ”Roper said. “And I state in the report that if you determine how much money you use for future air superiority, then channel it into R&D and new manufacturing.”

Continuous production and development of fighters also provides a strategic advantage, Roper said. This will put China on the defensive as it will have to respond to US technological advances as new capabilities – be they hypersonic missiles or unmanned “faithful wingmen” – become feasible and incorporated into the combat capabilities of mass-produced fighters.

“This will accelerate the pace at which we can do something so that we can be persecutors, not persecuted, and it will happen in such a way that we cannot be surpassed using cheap means of solving problems,” he said.

The next step for the US Air Force leadership is to decide how much it can afford in FY2022 and whether it will use the Digital Century Series to develop future-oriented aircraft.

“What we need to do in the future is just to understand the level of financial capacity [of the US Air Force] and the desired date for achieving initial operational readiness, and we can adapt the [NGAD] procurement strategy to this, and understand how quickly we can afford it. spiral development and when we need to decommission aircraft [of old types] to get enough funds to implement this spiral development, ”he said.

“Perhaps the fastest [starting deployment of the new fighter] may not be the most important. It may be more important for us to expand [technological] boundaries. These are the suggestions that I have provided the guide to think about. But every offer I gave them is the best offer compared to the current situation. 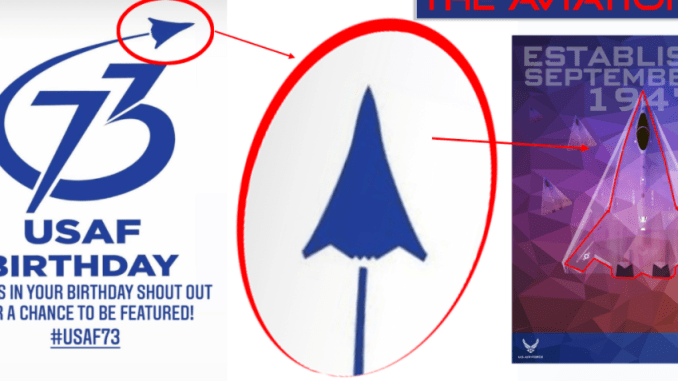 ” If the US Air Force is going to receive financial support for a business plan that will require taxpayers to pay higher upfront costs for fighters, then they should clearly define the desired combat capability, according to aerospace analyst IRIS Independent Research Rebecca Grant.

“We now have the cost of small batches of the F-35, F-15EX and the Digital Century series,” she said. “If it’s so great, it might be worth it. But I have to prove it. Is it a new F-117 that was the same size as the series, the same cost, and was worth every penny? We just don’t know.

” On the technical side, the US Air Force needs to establish a rigorous, standardized method for conducting virtual testing using simulation and simulation tools that can reduce the time required for actual flight testing. The industry should also get involved in programming on state-owned computing power, Roper said.

And – perhaps most importantly – the US Air Force will have to sell the concept to Congress. Roper briefed members of the congressional defense committees and held secret briefings to many legislators on those commissions to present the results of the business study, as well as detailed progress in NGAD development and testing.

“I had a tough audience at these events. There were people in front of me who told me that they wanted to cut the program or did not understand why we needed it, ”he admitted. “But I haven’t left any of these briefings. And the answer to the question why we don’t go faster is simple – it’s money. Today we have to push harder on the gas pedal because digital technology allows it. ”

0 Comments on “The mysterious US Air Force fighter aircraft”