A mysterious stealth drone that appears to be the U.S. Air Force’s secret RQ-180 stealth spy drone has been photographed flying over the Philippines, near China, Although unarmed, it is a major threat to China’s security.

According to America’s website Forbes, a recent photograph that appeared on the Internet showed an aircraft (UAV) mystery stealth RQ-180 US Air Force, flying over the territory of the Philippines. Through the analysis of this photo, it is shown that the RQ-180 drone with a flying wing design layout is a stealthy unmanned aerial vehicle without weapons; The plane was flying from Guam to nearby areas of China on a mission.

According to information, RQ-180 is a stealth UAV developed by Northrop Grumman, meeting the needs of long-range and penetrating air reconnaissance of the US Air Force in enemy airspace dense air defense system. Although the US military can use satellites for reconnaissance, the satellite’s orbit is predictable and inflexible. The enemy can predict the time of the satellite passing, to conduct camouflage operations. 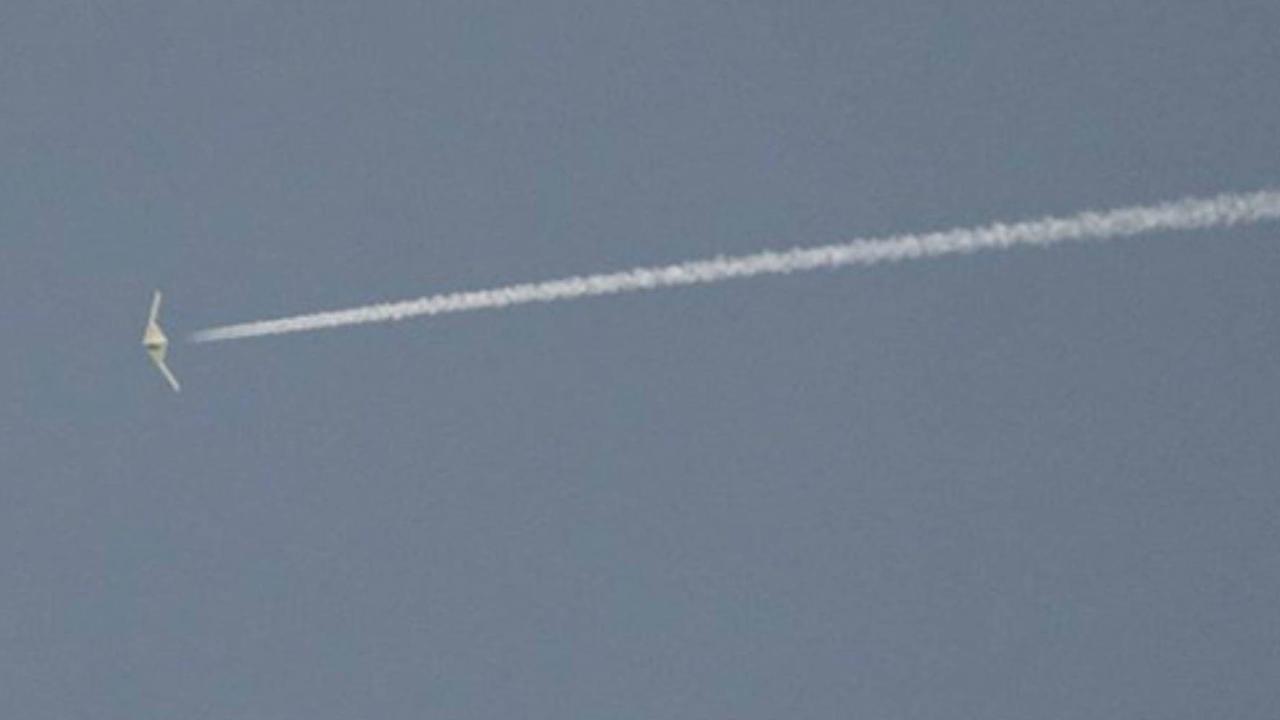 If using a drone like the RQ-4 Global Hawk for reconnaissance operations, it is very vulnerable to anti-aircraft missiles. In June 2019, Iran shot down an RQ-4A Global Hawk BAMS-D drone with a surface-to-air missile over the Strait of Hormuz.

The US Air Force also has another stealthy spy drone, the RQ-170 Sentinel, manufactured by Lockheed Martin. However, the RQ-170 is relatively small in size, with a wingspan of only 20 meters, so the Sentinel UAV has a limited flight height and insufficient range. In addition, the RQ-170 UAV was also damaged, in December 2011, an RQ-170 UAV crashed at the border between Iran and Afghanistan. The Iranian military quickly collected the wreckage of the plane and soon produced a replica of the drone.

The RQ-180 UAV can do exactly what can a satellite and Global Hawk and Sentinel UAV could not. According to reports, RQ-180 has a wingspan of about 40m, in a short time, it can fly over enemy territory. The flight range can reach thousands of kilometers.

This aircraft can also be considered a “multiplier” of the combat effectiveness of the US Air Force. The US Air Force currently has 20 B-2s bomber and will buy up to 149 new B-21 stealth bombers. While these stealth bombers could theoretically hit Chinese targets deep with out any risk of human life, just drone operators need to know where the target is.

This becomes all the more difficult as enemy ground combat forces, warships, missile launchers and fighter jets are constantly moving and changing their deployments. But with the RQ-180 UAV, can continuously monitor the Chinese armed forces, to guide B-2 and B-21 attacks.

For years, the U.S. Air Force has built up its fleet of stealthy UAVs in the Pacific. According to a report by the US Air Force, the US military has started deploying RQ-170 UAVs in Guam since early 2009. Global Hawk UAVs of the US Air Force and Navy, often take off from Guam to carry out. missons.

It is not clear how many RQ-180s the US Air Force has, how many will continue to be purchased and what the cost of each RQ-180 will be. There are sources that as of 2019, a total of 7 RQ-180s are in service with the US military.

If the RQ-180 replaces the RQ-4 on a one-for-one basis, the Air Force could eventually buy 24 or 36. If the cost of these stealthy drones were comparable to that of the B-21, each could be worth $500 million.

According to Lieutenant General David Nahom, Deputy Chief of Staff of the US Air Force, the US Air Force has now assured Congress this summer that it can bring Global Hawk drones to the border without fear of affecting their new equipment. General Nahom also said that the new devices will be fully operational between 2027 and 2029. But the photos that have surfaced in the Philippines show that there are currently a small number of RQ-180s already in service with US Air Force and this is really a big threat to China.

What role is the Mi-28 Gunship playing in the Russia-Ukraine War?