Developed in the 1970s by the Tupolev Design Bureau in the Soviet Union, the Tu-160 “White Swan” remains the largest and heaviest Mach 2+ supersonic military aircraft ever built and the fastest bomber in use today. Russia has been steadily upgrading its fleet of missile-carrying Tu-160s and the most recent test occurred just before the New.

The Tu-160 Blackjack is one of the few strategic bombers in use around the world today. Only seven strategic bombers are in service today with the B-2 Spirit, the B-52 Stratofortress, and the B-1 Lancer being in American service and the Xian H-6 in Chinese service. The Tu-160 Blackjack is part of the Russian arsenal, along with the Tupolev Tu-95 “Bear” and the Tupolev Tu-22M “Blackfire”.

At present, Russia’s strongest strategic bomber nuclear missile carrier is the Tu-160 “White Swan”, and the first Tu-160M ​​strategic bomber equipped with the new NK-32-02 engine and modernized by the Russian United Aviation Manufacturing Group has been Transitioned from the Gorbunov Aviation Production Complex in Kazan to the Gagarin Air Force Academy Airport in Zhukovsky on the outskirts of Moscow. There will be a joint operation by Tupolev and the Russian Aerospace Forces. The organized national acceptance flight, if all goes well, will be officially delivered to the Russian Aerospace Forces in the second half of 2021.

At the end of the 1960s, the Tupolev Design Bureau, which was the number one leader in the development of large-scale aircraft in the Soviet Union, successfully flew the Tu-144 supersonic passenger aircraft for the first time. On this basis, the bureau defeated the rival Miyashev Design Bureau to win The Soviet Army’s next-generation strategic bomber project, and the development of a new-generation Tu-160 strategic bomber began. The prototype flew for the first time on December 19, 1981, and the first production model entered service with the Soviet Air Force long-range aviation in May 1987.

Although Tu-160 has the reputation of “white swan”, it is the “Hell Express” that makes the Western world like a thorny back, and has created many aviation world records! It is the largest and heaviest bomber in the world, with a maximum take-off weight of 275 tons. It is equipped with 4 NK-32-01 turbofan engines, the single thrust of the world’s first. It is the fastest bomber in the world, reaching a top speed of Mach 2.1 at an altitude of 12,200 meters;

Tu-160 holds the records of the maximum range bomber in the world. It carries 40 tons of weapons in the internal weapon bay and uses high-profile flight. The maximum range is up to 16,000 kilometers without refueling on the way.

It is the most overloaded strategic bomber in the world. A large number of titanium alloys are used to build the body so that its usable overload can reach 2.5G. It can be described as a “fighter” among bombers! 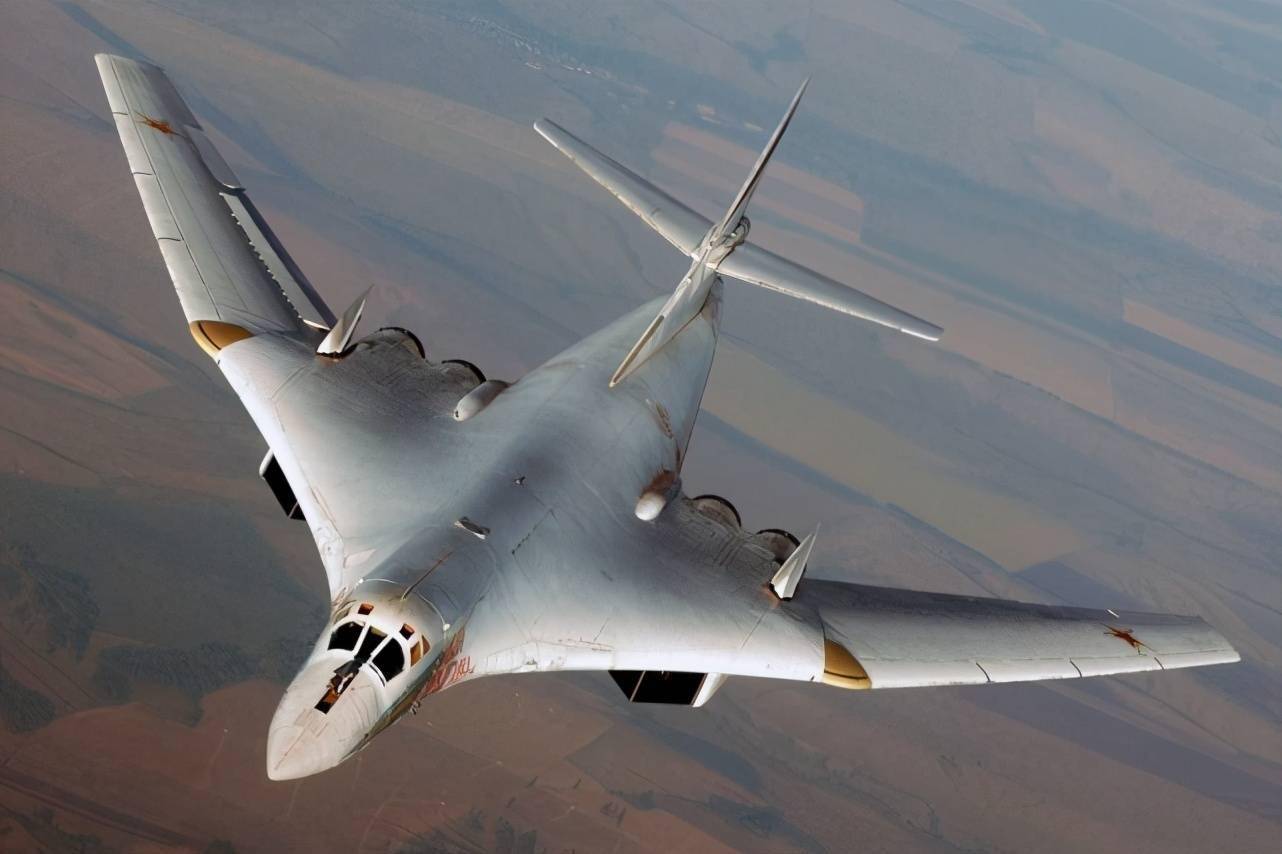 However, it did not happen at the right time. With the disintegration of the Soviet Union, the original plan to produce 100 Tu-160s fell into the ground when the production shutdown in June 1994, only 25 of the aircraft were produced.

At present, the Russian army has maintained a fleet size of about 15 aircraft, implemented the Tu-160M ​​upgrade plan for one surplus aircraft, and tried to reopen the production line to assemble the updated Tu-160M2 strategic bomber.

Since the life of the strategic bomber body itself can be as long as several decades, the core of the Tu-160M ​​upgrade plan is to replace with the new NK-32-02 turbofan engine and modernized airborne equipment.

In addition, the Tu-160M ​​bomber has also modified the cockpit, turning the old instrument cockpit into a more modern glass cockpit, and updated equipment such as flight navigation, airborne communications, flight control, and radar electronics. There is no upgrade in airborne weapons, but the use of “dagger” hypersonic missiles is an option for future upgrades.

In November 2020, the Tu-160M ​​bomber with a new engine successfully completed its first flight. Unlike the Tu-160M ​​which is upgraded and upgraded from the current aircraft, the Tu-160M2 is a “new machine” remanufactured by the Gorbunov Aviation Production Consortium. The reason for the quotation marks is that the so-called new machine is still using the Soviet-era stuff. During the period, the materials prepared for the production of Tu-160 bombers were carried out. According to reports, there are still 5 planes of materials stored in the workshop of the production complex.

Russia hopes to complete prototype production with old materials to test the effectiveness of the reopened production line, and start producing 30-50 new Tu-160M2 bombers for the Russian army from 2022. Tu-160M2 will have 60% of the components common to Tu-160 and Tu-160M, and will also be equipped with brand new avionics, sensors and communication equipment, including improved inertial and satellite navigation equipment, and a new set of active phased arrays Radar system, as well as a new comprehensive protection package, so that it has better infrared, laser and radar countermeasures, and has the ability to counter incoming missiles. 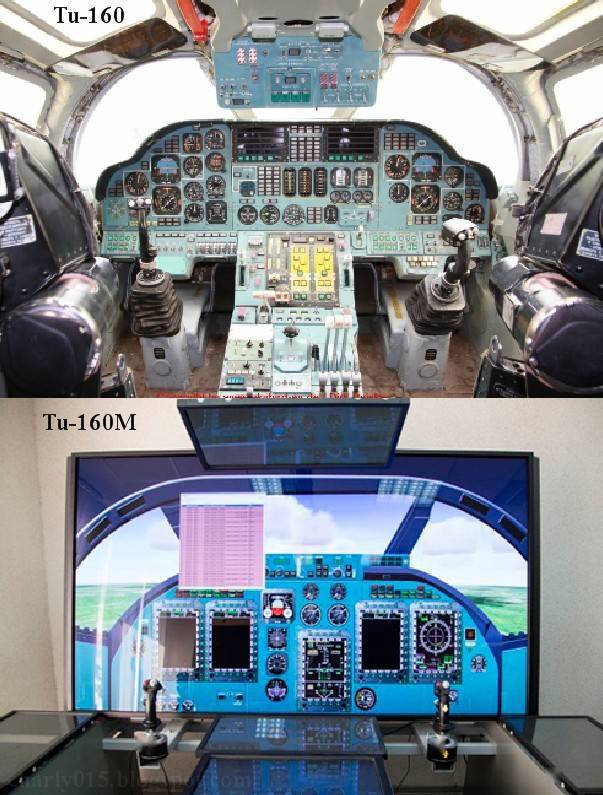 Although there are various uncertainties in the Tu-160M/M2 upgrade plan, it is undeniable that the Tu-160 series of strategic bombers are still Russian under the situation that the PAK-DA project of the next generation of the Russian military’s strategic bomber has not been set for a long time. The mainstay of the military, together with the old Tu-95MS and a few improved Tu-95MSM turboprop strategic bombers, continues to exist as the main force of the Russian air-based nuclear force and conventional air-to-ground strikes.

In November 2015, the Tu-160 strategic bomber completed its first combat flight in the Syrian operation, launching cruise missiles against the facilities of the ISIS terrorist organization.

In November 2019, a Tu-160 strategic bomber was under surveillance by two U.S.-made F-35A stealth fighters during a combat readiness cruise in the international airspace of the Sea of ​​Japan. This “white swan” suddenly retracted its wings. At the maximum sweep angle, the four engines opened the afterburner together, and the heavy bomber instantly broke through the sound barrier and quickly reached Mach 2, while the F-35A fighter with the maximum speed of only Mach 1.6 could only see the Russian bombers Long away. 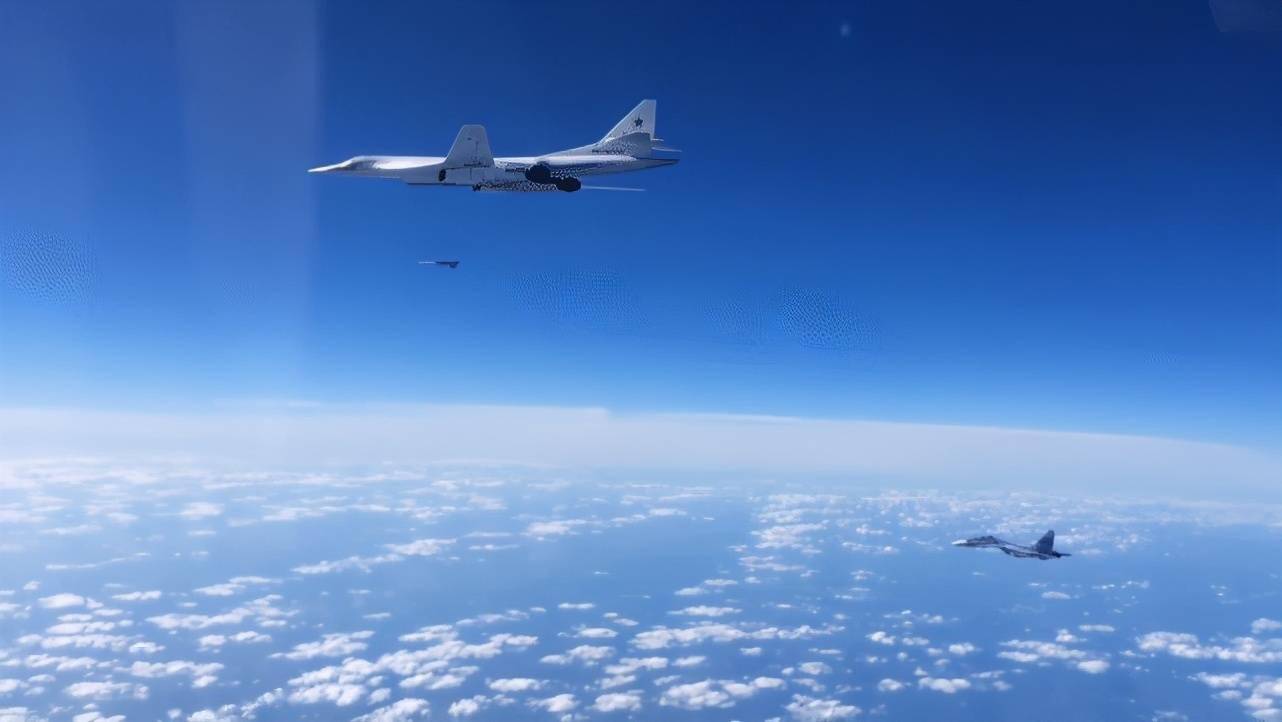 The Tu-160 has far more ammunition than the U.S. B-1B and B-2A strategic bombers. It often uses high-altitude subsonic cruises and low-altitude subsonic or high-altitude supersonic penetration for intercontinental bombing, which means it can launch long-range missiles at high altitudes. Cruise missiles can carry out precise attacks outside the enemy’s air defense network. They can also penetrate the enemy’s air defense interception network through their high-speed performance, and carry out traditional carpet bombing on the enemy. They can also use nuclear missiles.

In addition to being able to carry 12 Kh-55 nuclear cruise missiles, Tu-160 can also use conventional warheads Kh-101 and Kh-555 cruise missiles. Among them, Kh-101 is a new type of Russian air-launched cruise missile with a range of 4000 to 5000 kilometers. , With a speed of Mach 0.8, it can cruise at a low altitude of 20 meters, and has a certain stealth performance and strong precision strike capability.

After the integration of a variety of advanced tactics/strategic weapons, the Tu-160M/M2 will become the Russian Air Force’s strongest attack capability outside the defense zone, the farthest combat radius, and also the most powerful strategic strike weapon. A newly-produced Tu-160M2 bomber can slowly recover Russia’s space-based strategic strike capability. Although it is far from the peak level of the Soviet Union, it will improve Russia’s status and actively respond to the challenges of American strategic forces