The barrel is bent due to frequent movement and complicated maintenance techniques of the M777, making this “super cannon” not work as expected in the Ukrainian battlefield.

On June 7, the official spokesman of the Russian Ministry of Defense, Lieutenant General Igor Konashenkov, said that the artillery force of the Russian Army during a special operation in Ukraine destroyed a 155mm self-propelled artillery complex M109A3 and two M777 howitzers delivered by Norway to Ukraine.

Not long ago, Western and Ukrainian media expected that Western artillery, such as the M777 howitzer, would be decisive in the conflict with Russia.

“The first M777s, the West’s deadliest weapon to date, have already been sent to fight in eastern Ukraine,” according to the New York Times. The introduction of these weapons has boosted Kiev’s chances of obtaining artillery dominance.”

At that time, Colonel Roman Kachur, commander of the 55th Artillery Brigade of the Ukrainian Army, the first unit armed with M777 howitzers confidently said: “This weapon brings us closer to victory.”

However, the director of the CNA Research Institute, Michael Kofman, the number 1 US expert on the Russian Army, immediately expressed doubts about such subjective claims. “The Russian military has the largest artillery force you can face,” commented Kofman, when the West shipped a batch of M777 artillery pieces to the Ukrainian battlefield

More than a month has passed, since the day the Ukrainian Army began to actively use these artillery pieces, and the M777 has not left any “impressive achievements”. The announcement that the M777 would win the artillery battles turned out to be just a “spiritual victory” of the West.

Of course, Western media and leaders also have their reasons, when they have provided the Ukrainian Army with a “combo” package including, artillery, reconnaissance radar, reconnaissance UAV, and M777. So they can subjectively conclude that it is the M777 can easily turn the tide of the battle

But the West “deliberately” forgot one thing: the Russians were masters of the art of using artillery; This is why Ukrainian artillery must adhere to the “shoot and run” tactic anywhere. And the towed artillery M777 completely lost to the Russian self-propelled gun Msta 2S19.

This conclusion was reached by an anonymous expert of the British newspaper The Economist in a commentary “How Ukraine is resisting Russian artillery” when writing: Not only Russian self-propelled artillery has better maneuverability than M777, but it also has armor to protect the crew; while the M777 does not. 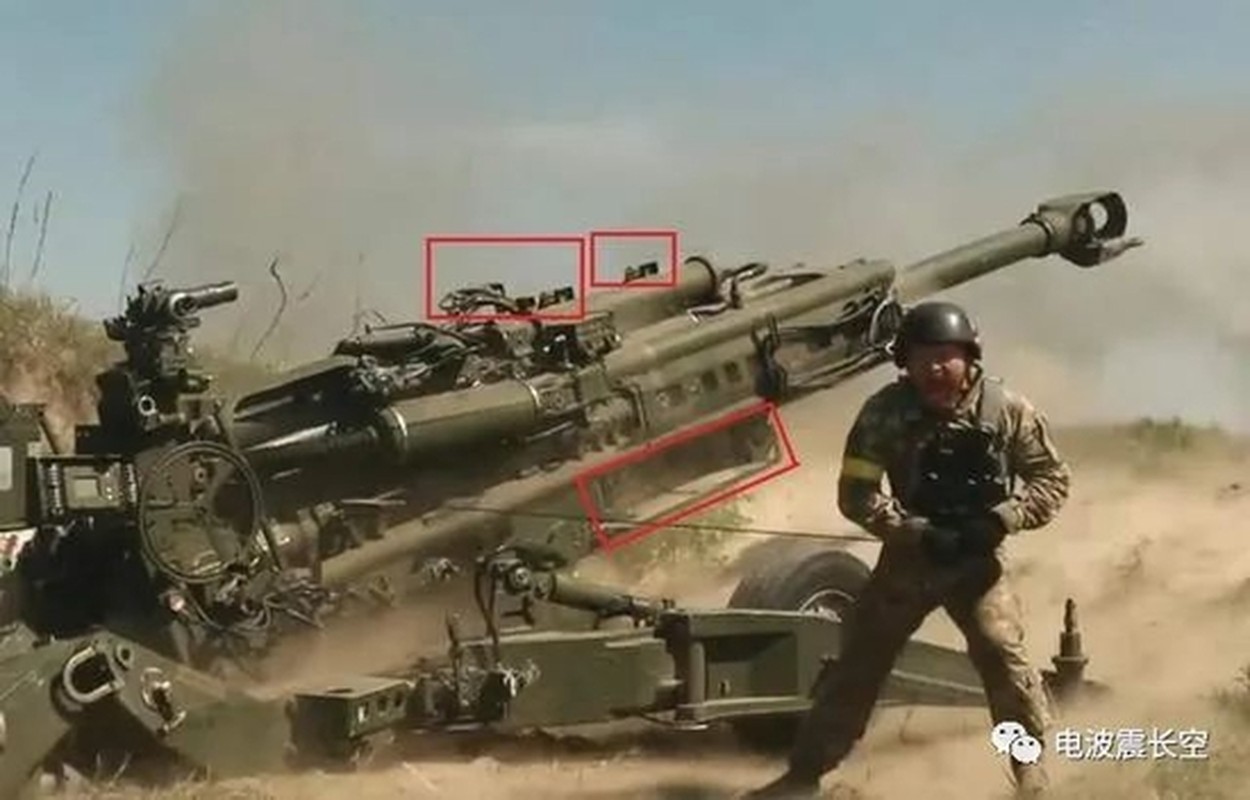 The probability to win an artillery duel, the probability that the M777 can destroy the 2S19 Msta self-propelled howitzer is also less than one order of magnitude. As Patrick Benham-Crossville, a former British Army officer writes, a 152 (155) mm shell can destroy a trailer cannon within a 100-meter radius, but self-propelled artillery has a sealed turret. Can only be negated by a direct hit

But those are not the “fatal” weaknesses of the M777 super cannon, The fatal weakness is that in combat, it needs regular and meticulous maintenance, by professional technicians.

According to Shashank Joshi, editor of the Economist, artillery provided by NATO countries is difficult to use in the Ukrainian battlefield, due to its high maintenance requirements. This is different from artillery of Soviet origin, which is easy to use and requires little maintenance; it resembles the M16 and AK-47 assault rifles.

On the other hand, the M777 howitzer is considered an “ultra-light” cannon, that is, it weighs only about 4.2 tons compared to its predecessor, the M198 (7,154 kg). And the lighter it is, the more complex and expensive the components are, requiring strict maintenance and proper use.

One of the mechanical parts, with the most complex structure of the M777 cannon, is the anti-repulsion system, the push-up mechanism of the cannon recoil reduction mechanism. This is a very complex gas-hydraulic system, consisting of a hydraulic damper, which reduces recoil, and a pusher, which returns the barrel to its original firing position.

Because the rate of fire must is very fast, in order to avoid detection and counterattack by the Russians, causing continuous hydraulic oil leakage at the joints of the high-pressure pipes, as well as the condition of oil and gas in the reverse-repulsion unit. The howitzer rise is “overheated”, when the M777 has to fire beyond the allowed features. However, even experienced American units often let their artillery fail, for such technical reasons.

When the barrel is affected by external forces, it will lead to bending (even if it is very small), this technical factor will greatly affect the accuracy of the bullet when fired. In other words, under “fire and run” conditions, the accuracy of advertised weapons, such as the M777, turns out to be low. 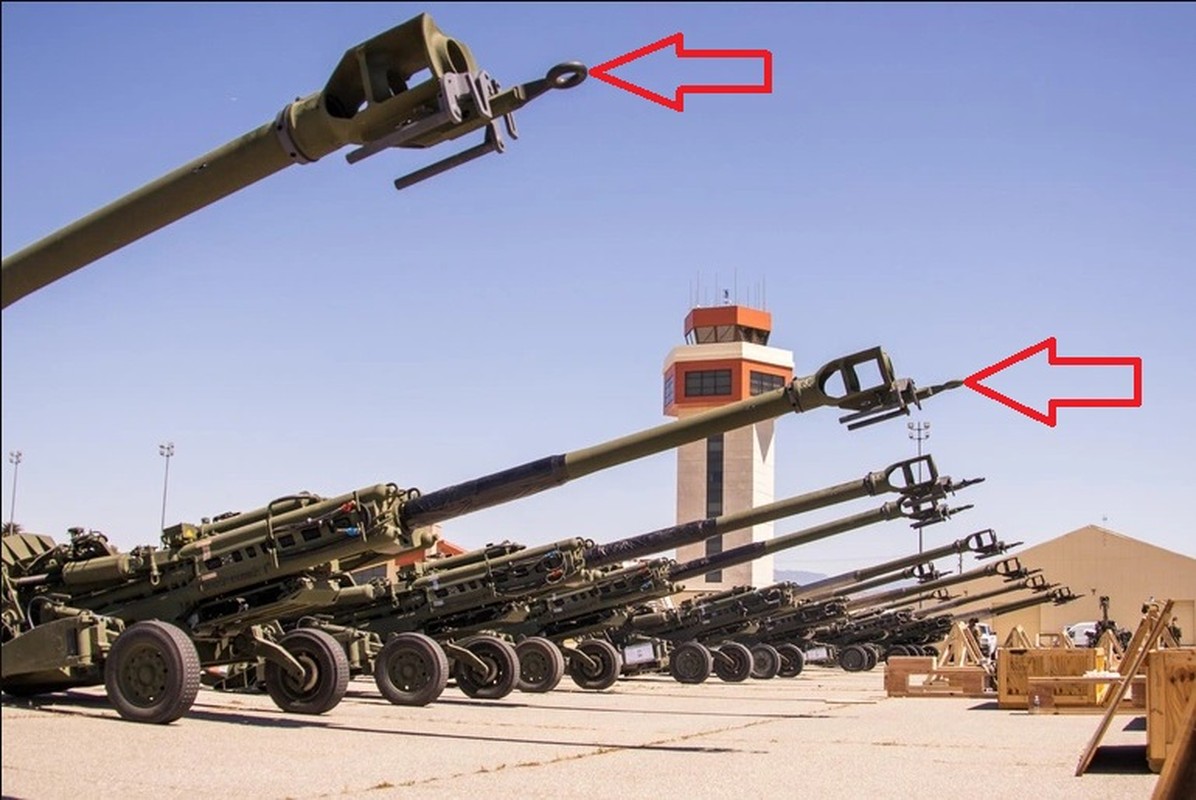 Remember, the battlefield in Ukraine is not in Iraq or Afghanistan, when the forces of IS and the Taliban are completely unable to respond. And if the US military needs to move the M777 to another place, as a rule, they use helicopters to lift, but rarely use artillery trailers like in Ukraine.

“In the first week of putting the M777 cannon into combat, about 35% of the guns had technical problems. Within a month, all military aid from the West almost “evaporated”. Therefore, the Ukrainian Army needs to receive heavy weapons from the West constantly, almost daily.

Thus, it can be affirmed that, with a fierce battlefield like in Eastern Ukraine today, but heavy weapons of the West, including the US “super cannon” M777, do not last long in the harsh battlefield. These cruelties and statements like “changing the battlefield”, are just “spiritual victory spells”.