Invisibility, or the concept of reducing the ability of a weapon to be discovered by an enemy, dates back to when prehistoric humans sewed a bag into their clothes to hide a stone in it.

Thousands of years later, with the ability to detect objects on the ground, in the air and at sea using electromagnetic radars, hiding weapons becomes more difficult. The original idea of ​​making an aircraft invisible to radar waves was not initially pursued as the radar’s properties related to the object’s shape were not fully understood.

yotr Ufimtsev, a Russian physicist, has published several reports on predicting the reflection of electromagnetic waves – radar waves. The Soviet Union at that time did not understand the importance of this work and translated many works into English.

Lockheed’s engineers learned and deduced from there a precise theory of how to reduce the cross-section of the radar. As a result, the Lockheed F-117A Nighthawk stealth fighter is born. Since then, stealth has become an integral part of every tactical aircraft the US has deployed.

Here are the five most powerful stealth weapons ever made.

Famous as the fastest aircraft ever built, but the SR-71 is less known as a stealth aircraft. The SR-71 can reach Mach 3.2, being the first aircraft to incorporate many stealth features in its design.

The first flight of the SR-71 was made in 1962. The SR-71 incorporates four stealth features in its design. The first is the surface designed to avoid radar wave scattering. Second, the wings, tail and body frame of the aircraft are made from synthetic materials combined with titanium to absorb radar waves. Third, the J-58 rear combustion engine was placed near the fuselage to avoid detection by radar.

The fourth property integrated on the SR-71 is a black coating with small ferrite ferrite particles. It is also this characteristic black paint that has earned the nickname “black bird” for the SR-71. This paint color reduces the cross-section of the radar. This is an indicator of the extent to which the radar is able to detect the object. This figure for the SR-71 is less than 10m2 while that of the F-15 Eagle is 100m2. 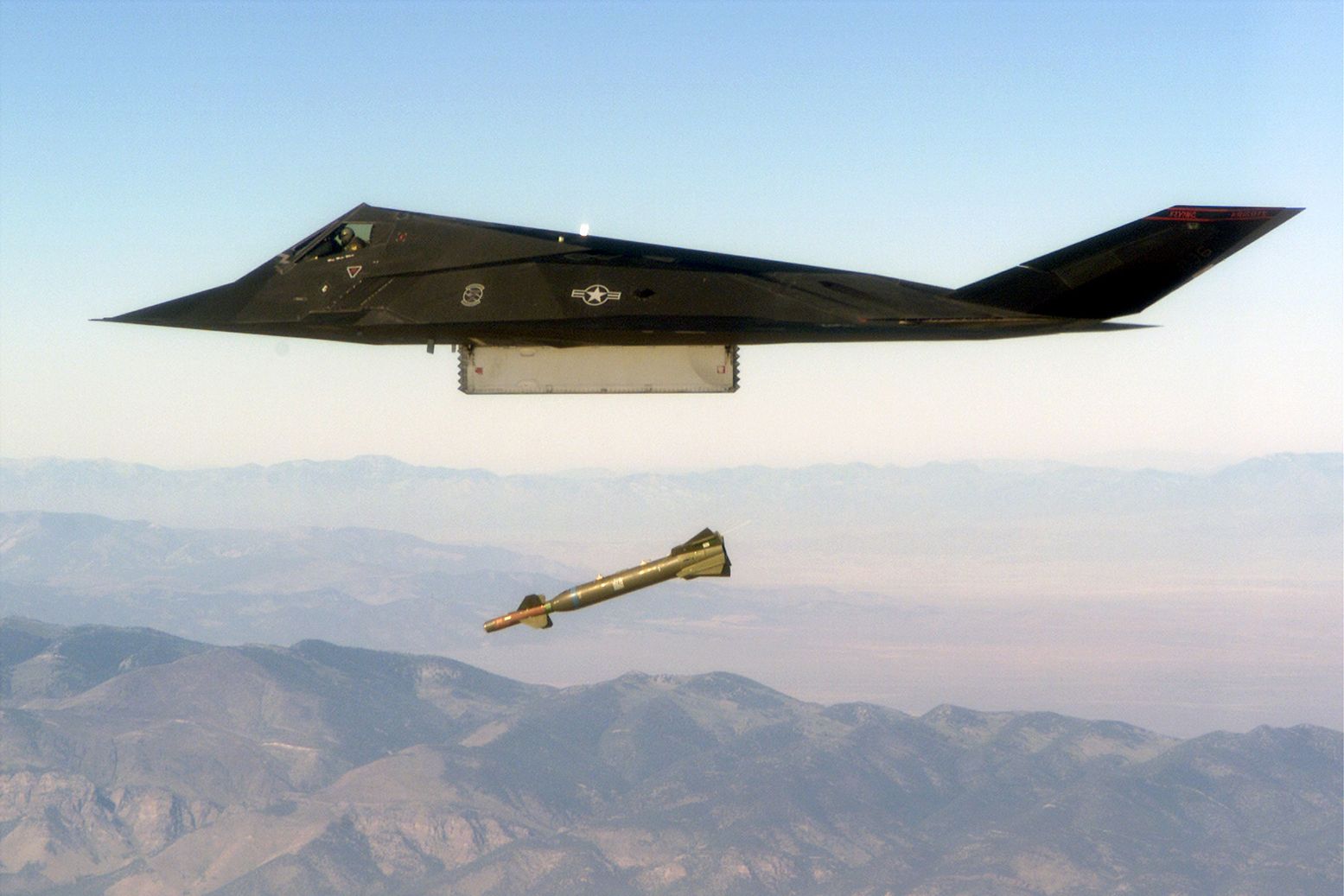 The first operational stealth aircraft, the F-117, is often misunderstood as a stealth fighter. However, in fact, the F-117 is a tactical bomber, not capable of air-to-air combat.

The F-117 was developed from the top secret project Have Blue, which produced two aircraft with stealth technology. The F-117 has a special aerodynamic design with cross sections that allow radar wave scattering, making it difficult to detect with electronic reconnaissance equipment.

The existence of the “stealth fighter” is rumored to be in the 1980s, and the US Air Force finally confirmed its existence in 1988.

The F-117 first entered combat in 1989, while bombing targets in Panama. The F-117 later took part in Operation Desert Storm, carried out night missions over Baghdad and took part in no-fly operations in Iraq in the 1990s. Several F-117s have also been. flew in Kosovo in 1999 and Iraq during Operation Iraqi Freedom 2003. 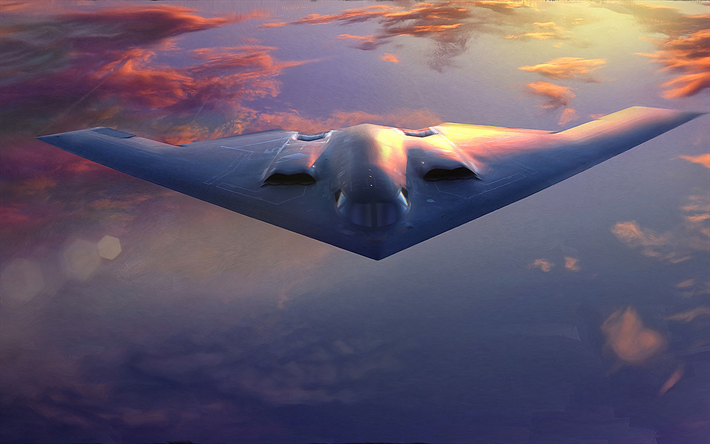 First revealed by Northrop Corporation in 1988, the B-2 Spirit was America’s first truly stealthy strategic bomber. The B-2 Spirit was designed with a tailless design, to minimize its potential for radar detection, allowing it to penetrate through Soviet air defense nets during a nuclear war.

The Air Force originally planned to order a total of 132 B-2 Spirits, but eventually after the end of the Cold War, only 21 were built.

The F-117 Nighthawk’s success during the 1991 Gulf War demonstrated the practicality of stealth aircraft with precision strike capabilities, and the B-2 fleet was converted to carry out conventional missions.

B-2 is capable of carrying all types of weapons from the B61 nuclear bombs to the JDAM, MOP bombs.

The B-2’s first combat flight was in Kosovo in 1999. The aircraft also participated in the support of Operation Permanent Freedom and Operation Iraqi Freedom. In 2011, three B-2s from the US mainland attacked a Libyan airport during Operation Odyssey Dawn. 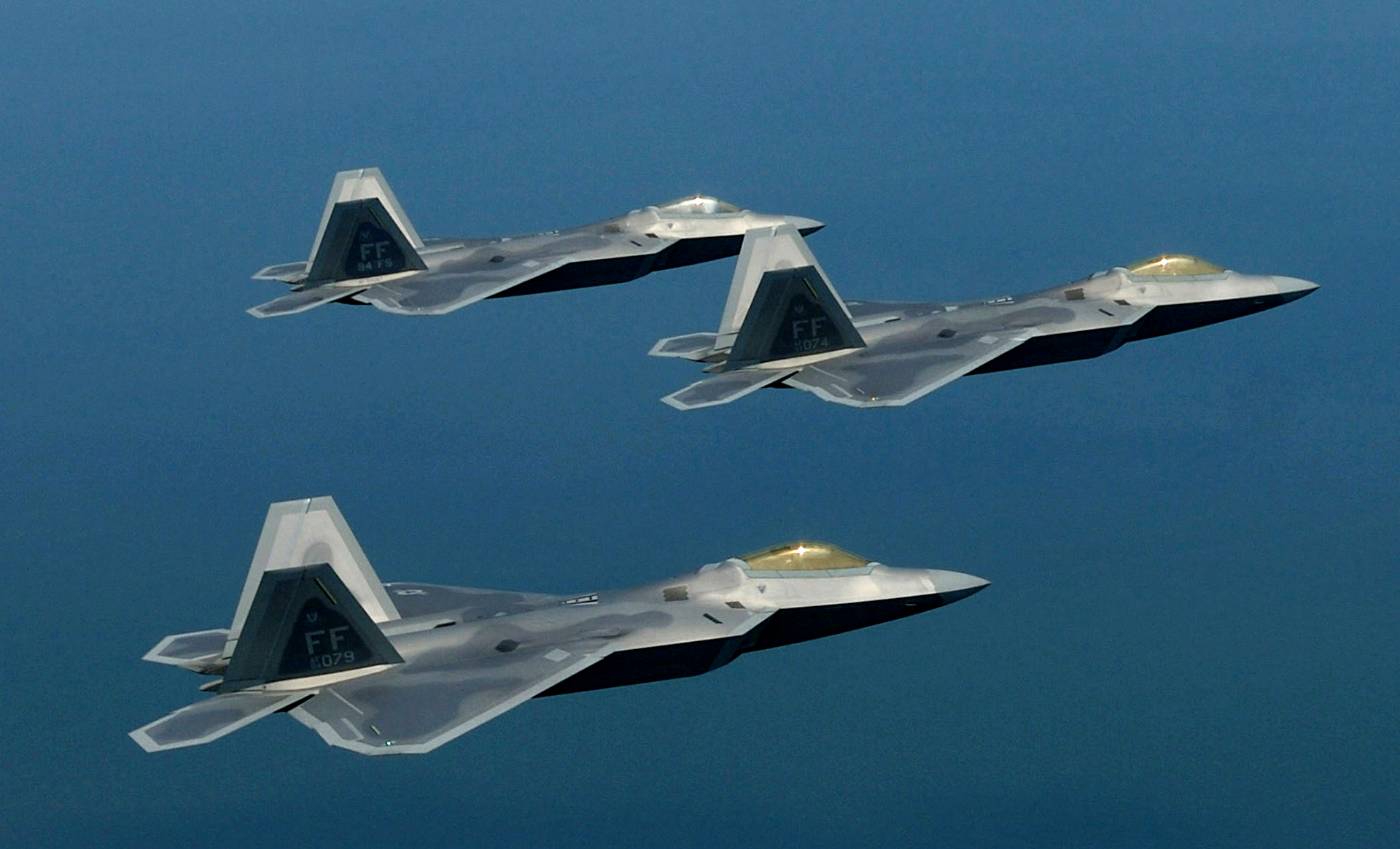 The F-22 Raptor stealth fighter is designed to replace the F-15 Eagle. Unlike earlier US stealth aircraft, which included the F-117 and B-2, the F-22 is a fighter that uses stealth to give a decisive advantage in air-to-air combat.

Officially put into service in December 2005, the F-22 is considered the best fighter in the world.

The F-22 began to exist in the late 1980s under the Project of the Advanced Tactical Fighter (ATF). 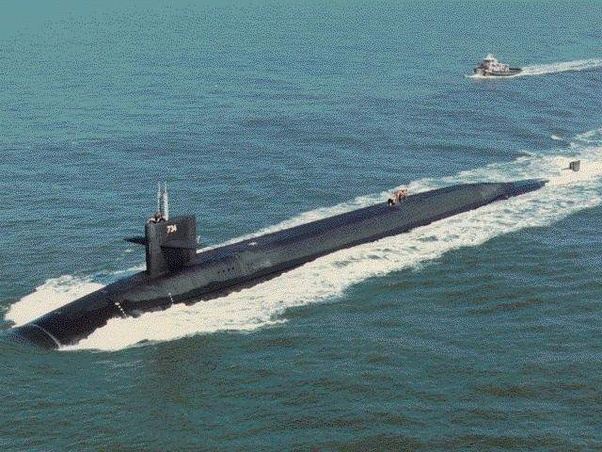 The Ohio submarine with a displacement of 18,450 tons is the largest submarine ever built by the United States. Stealth features include a fish-shaped body frame for high-speed travel with minimal noise. Noise emitting devices are located in soundproof areas. Nuclear missile silos placed along the hull are also a factor in reducing noise. One of the ship’s two steam turbines was working without noise.

A total of 18 Ohio-class submarines were built, of which 14 served as ballistic missile submarines, while another four were armed with Tomahawk cruise missiles.

Biden will ask Congress to approve the sale of F-16s to Turkey.

The United States has provided Additional assistance in the form of security funding of over $3 billion for Ukraine.