After more than two months of the Russia-Ukraine war, Ukraine has caused considerable damage to Moscow’s military prowess by using ATGM, MANPADS and small cheap UAVs.

Currently, Ukraine is using three Drones mainly against Russia – Ukraine has deployed drones to remarkable effect, whether it’s hitting enemy tanks and armoured vehicles, assessing bomb damage, or producing targeting data for allied artillery. Unmanned systems have been used by the Ukrainian military to launch anti-tank missiles, transport bomblets, and perform intelligence, surveillance, and reconnaissance. On social media, footage of successful combat attacks has been shared to demonstrate the world that Ukraine has mastered unmanned flying.

Let’s take a closer look at these drones to see how effective they are. Here are the three best remotely-piloted craft that Ukraine is deploying in the war.

The first drone that jumps out at you is the Turkish-made Bayraktar TB2 produced by the defense firm Baykar.

The TB2 carries four Smart Micro Munition laser-guided missiles. It has a lower radar cross-section that is allowing it to sneak through Russian air defenses.

The next drone is known for its “kamikaze” or suicide capability. This is the aptly named Switchblade. Also called loitering munitions, these tactical drones can be carried in rucksacks and released into the air by soldiers. There are two models that have different missions. The “300” is smaller and meant for anti-personnel attacks and the “600” is heavier with larger warheads intended to take out tanks and armored vehicles. The unit cost of Switchblade 600 is around US$6,000.

The Switchblade is a flying camera robot with an explosive inside. These all-electric machines are weapons that will help find or attack nearby enemies, not far-away ones. 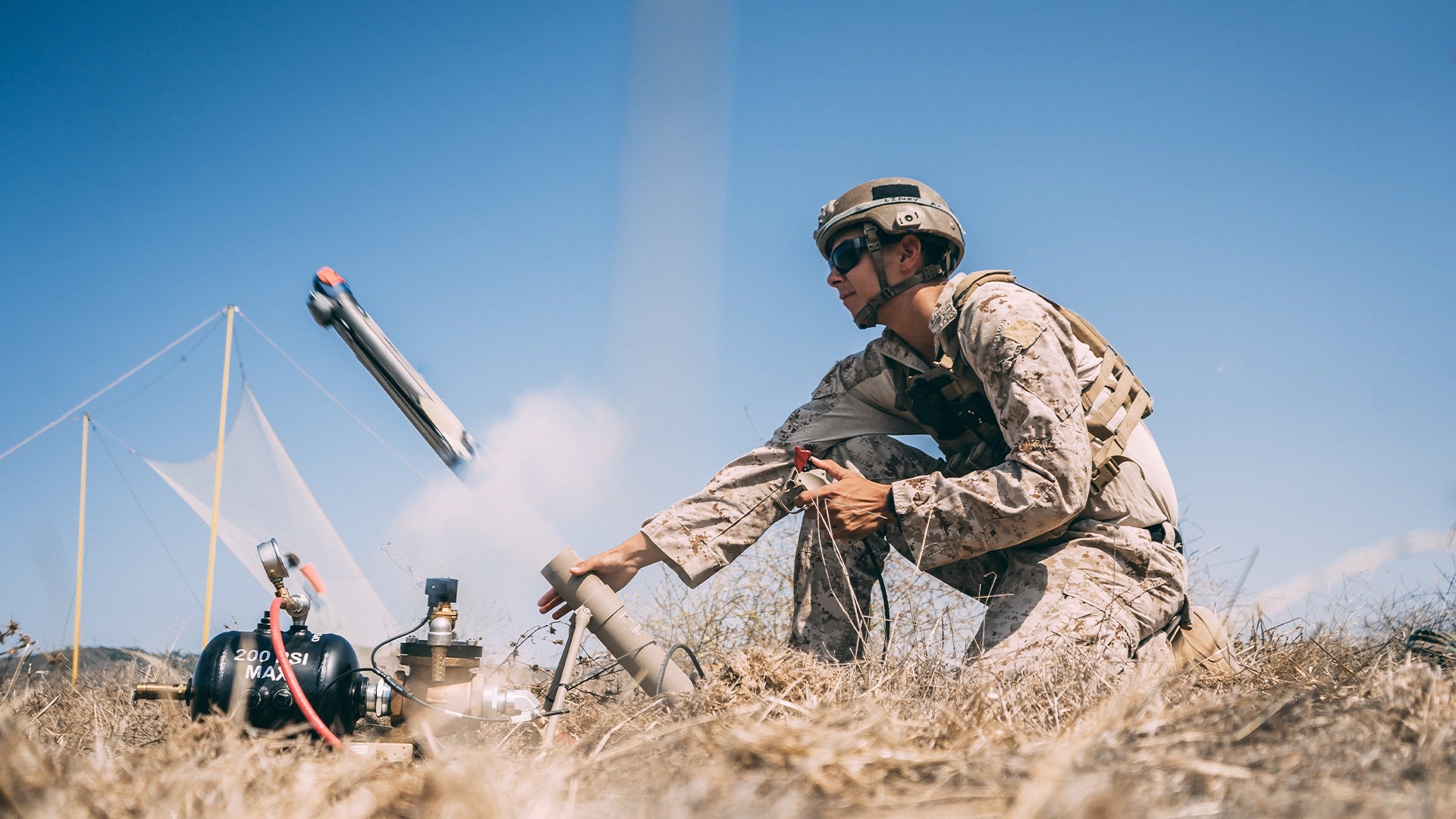 Switchblades come in two sizes: the Switchblade 300 and Switchblade 600. Both can be carried by one person, though the weight difference is substantial—a 300 weighs just 5.5 pounds and can fit inside a backpack. The 600 is bigger, with the missile itself weighing 33 lbs and the components needed to transport it much heavier.

As the war with Russia continues to drag on, Ukraine has deployed the lethal Punisher drones which has carried out several successful missions.

It can reportedly fly upto 30 miles inside enemy territory and has been used to disrupt Russia’s supply lines blasting the long convoys and targeting the ammunition dumps.

The drones fly almost undetected with a wingspan of 7.5 feet and can fly at a height of 1,300 feet. The flight path of the “Punisher” is automatic and it feeds off its companion drone called the “Spectre” which helps in reconnaissance and identifying targets.

The drone is reportedly designed by a company called UA Dynamics comprising of veterans who fought in the Crimea conflict against Russia in 2014.

Punisher medium-sized drones are made in Ukraine and can take on three targets at once. They are being used to harass and interdict Russian supply lines, ammunition and supply depots, plus command and control centers. They can be launched after recovery and re-arming to hit the skies again in seven minutes.

It only flies at 44-miles per hour, but it has been able to sneak behind enemy lines with a 29-mile range. The Punisher operates at 1,300-foot altitude for three-hour-long missions with a 4.4-pound explosive payload.

The Punisher occupies a role between the larger-sized TB2 and the smaller-sized Switchblade. But the 7.5 feet-long Punisher has a disadvantage. The system relies on another drone called the Spectre to provide it with targeting data, which makes it more complicated to run.

Nevertheless, after receiving GPS location coordinates from the Spectre, it is “fire and forget,” automatically tracking its way to the enemy target.

Three-drone Package Is a Winner

The Ukrainians have surprised the Russians with these three drones. The Russian came into the war with high confidence in their anti-aircraft capabilities. They failed to integrate mobile air defenses in early armored columns that made easy pickings for the TB2 especially. One Ukrainian tactic is to destroy the lead tank and the most rearward tank and then watch the convoy become a parking lot. The Russians have woken up and adjusted procedures. They are beginning to shoot down the Ukrainian Bayraktar drone. According to sources nearly all TB2 drones are shot down by Russia

But Ukraine has dozens more in reserve. Plus, the Switchblade fits in nicely with its loitering capability for the front lines while the Punisher can attack in the rear. The three drones comprise an effective package of aerial tactics. The Russians were supposed to be the innovative side with modern drone warfare, but the Ukrainians are showing they can play a winning hand as well.

For the first time Russia used Iranian Shahed-136 drone against Ukraine, but it was failed