The “battles on paper” between the Swedish JAS-39 Gripen fighter and the Russian-made Su-30/35 Flanker have consumed a lot of media coverage, but there are still no early signs of end.

Recently, Swedish military officials have confidently stated that their latest generation JAS-39 Gripen-NG fighter can easily defeat the Su-30 and Su-35 multirole fighters of Russia in an air battle.

The advantage of JAS-39 lies in its compact size and extreme flexibility, integrated with the most advanced avionics systems manufactured in the West. In addition, the Gripen-NG also has an extremely powerful air-to-air missile arsenal, notably Meteor and IRIS-T, giving it a great advantage when fighting both long distance and close range fight.

The Swedish fighter has a secret weapon, as soon as it approaches the enemy, the JAS-39 Gripen will cause electromagnetic interference, so it can freely approach the Russian fighter at the necessary distance for an absolute victory.

As if touched with pride, after Sweden’s affirmation, many Russian experts immediately responded that the information provided by Stockholm did not accurately reflect what would happen in reality. According to the Russian side, Sweden’s JAS-39 Gripen-NG has absolutely no chance to win an air battle with its Su-35 and Su-30SM fighters.

According to Russian experts “It should be remembered that Sweden has not achieved any significant success in the development of fighter aircraft, although it has access to advanced electronic warfare (EW) systems.”

“However, these weapons are unlikely to operate hundreds of kilometers away, not to mention that the EW systems installed on the Russian Su-30 and Su-35 are much more powerful, which has been tested in low-temperature conditions and Syria battlefield “.

“Remember that the Swedish JAS-39 Gripen-NG is a light fighter, while the Su-30 and Su-35 are heavy combat vehicles with integrated super-maneuverable engines with 3D vector control capabilities. 100% sure, the Swedish fighter will lose the air battle, not even being able to fire a single shot,” said a Russian military expert.

According to neutral observers, of course, the above statements of both sides are one-sided to praise their weapons, which fighter is really stronger can only be verified in real combat conditions.  However, it is also possible to refer to the confrontation between Thailand’s JAS-39C/D Gripen fighter and China’s J-11A (licensed assembly from Su-27SK) in a countervailing exercise between the two countries. two countries.

At the aforementioned event, the JAS 39C/D light fighter won an overwhelming victory over the heavy J-11A in both out-of-sight and in-visibility combat. 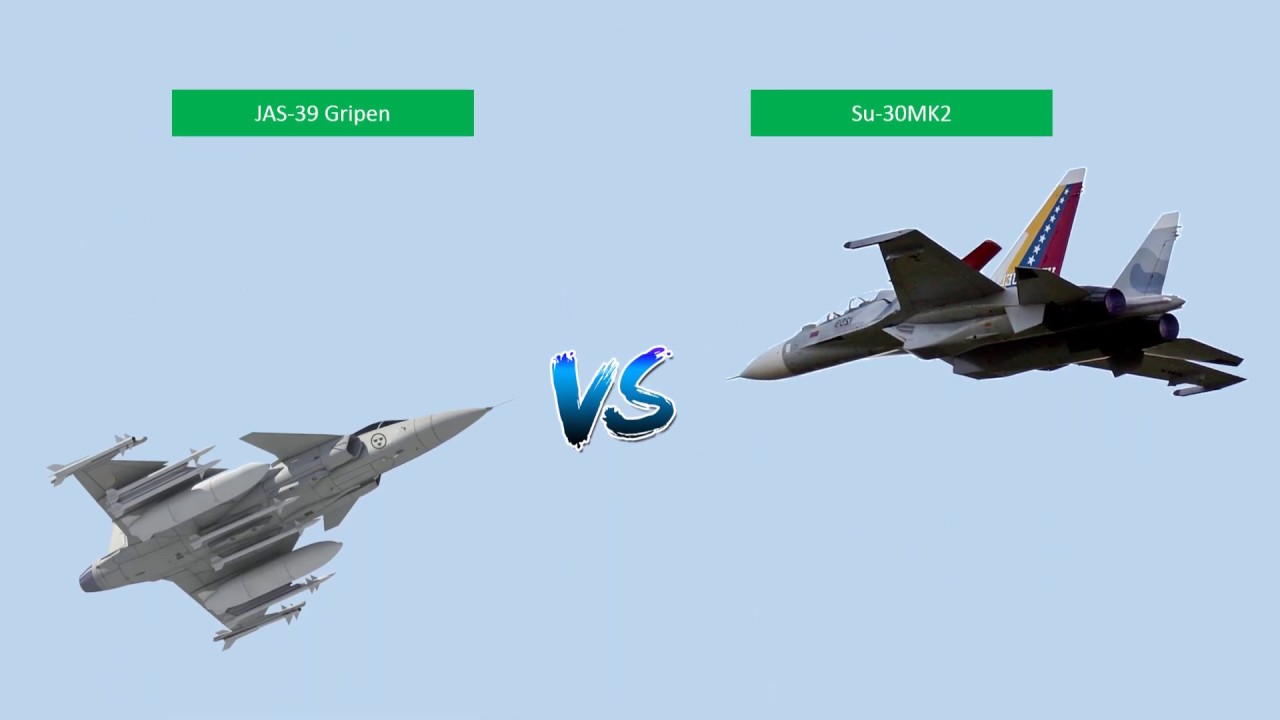 JAS 39C/D and J-11A are of course much inferior to JAS-39NG and Su-30/35, but this confrontation can also provide a glimpse into the tactical features of the two lines. The most modern FIGHTER available today.