Exactly four years ago on September 28, 2016; the Indian Army conducted its first surgical strike across the Line of Control (LoC) in retaliation to the Uri attack, in which 19 army soldiers lost their lives.

Recalling the strike, Prime Minister Narendra Modi said, “Four years ago, around this time, the world witnessed the courage, bravery and valiance of our soldiers during the surgical strike. Our brave soldiers had just one mission and one goal – to protect at all costs, the glory and honour of Mother India.” 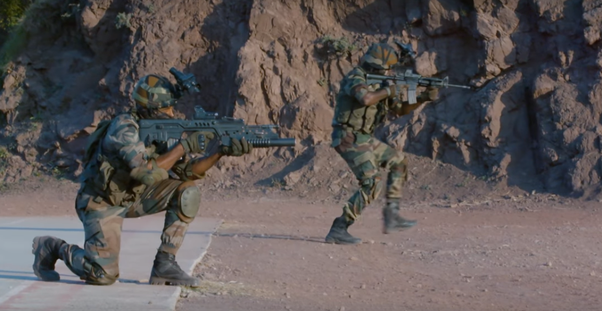 Withouthing thinking about their own safety, Indian soldiers marched forward on their path of duty and we all witnessed how they came out victorious. They enhanced Mother India’s pride, Modi said during the 69th episode of Mann ki Baat on September 27.

Here is a recap of how the Indian Army destroyed terror camps in retaliation to Uri attack:

> Heavily armed militants stormed a battalion headquarters of the Army in North Kashmir’s Uri town in the wee hours on September 18, 2016, killing 17 jawans and injuring 19 other personnel. The attack was dubbed as the deadliest attack on the Indian Army in at least two decades.

> The attack took place barely a few metres away from the Army’s Brigade Headquarters in Uri town and went on to be known as the Uri attack.

> On 19 September, Home Minister Rajnath Singh, Defence Minister Manohar Parrikar, Chief of the Army Staff Dalbir Singh, National Security Advisor Ajit Doval and other officials of the Home and Defence ministries met to review the security situation in Kashmir, particularly in areas along the Line of Control.

> Eleven days after the Uri attack, special forces of the Indian Army conducted surgical strikes across the LoC to destroy terror launchpads in Pakistan-occupied Kashmir (PoK) on September 29, 2016.

> Multiple platoons of Indian Army Special forces, airdropped by Dhruv helicopters inside LoC, crossed over by foot at midnight on September 28 into their targets that were well scooped out after almost a week of human and satellite surveillance.

> The operation that began at 3 am was being monitored closely by the military and civilian leadership at War Rooms set up in New Delhi and Udhampur, the headquarters of Army’s Northern Command.

> At many places, ground forces positioned near the Line of Control (LoC) opened artillery fire to divert the attention of Pakistani positions as SF squads and Ghatak platoons crossed over and hit camps that ranged from 500 metres to 3 km inside Pakistan occupied Kashmir (PoK).

> Two Indian SF soldiers suffered injuries while negotiating mines near the target terror camps. The operation was over by 4.30 am.

> Addressing a press conference after the strike, Lt General Ranbir Singh said, “The raid was conducted after India received credible intelligence of a massive infiltration bid from across the LoC to target Kashmir Valley as well as other Indian cities. Indian forces destroyed the terror launchpads and inflicted heavy casualties.”

> In the wake of the Uri attack, India cancelled its participation in the 19th SAARC summit held in November 2016 in Islamabad. “In the prevailing circumstances, the Government of India is unable to participate in the proposed Summit in Islamabad,” a statement issued by the Ministry of External Affairs said.

> In 2017, the government conferred gallantry awards to nineteen soldiers who had participated in the strikes. Among those who received awards include Major Rohit Suri, the leader of the operation who was honoured with the Kirti Chakra, the second-highest peacetime gallantry award.

> Almost two years after the surgical strike, in June 2018, the government released footage other strikes. The clips showed bunkers being bombed, grenades being hurled at target locations to eliminate terror launch pads.

> In 2018, the BJP government decided to celebrate September 28 as Surgical Strike Day, two years after the army carried out the strike.

> Pakistan has till date maintained that no such attack by the Indian army had taken place. Pakistan claimed that Indian troops did not cross the Line of Control and had only skirmished with Pakistani troops at the border, resulting in the deaths of two Pakistani soldiers. It has also rejected the video footage of the strikes, calling it “farcical”.