Fighting low-tech drones with air-to-air missiles is an expensive tactic – but Saudi Arabia may not be able to afford to give up shooting down thousand-dollar drones with AIM-120 million-dollar missiles.

The U.S. State Department approved the sale of the 280 AMRAAMs to Saudi Arabia, comprising a mixture of AIM-120C-7 and C-8 models, which are among the most modern versions of these weapons available for export. The missiles will be sold to Saudi Arabia via the Foreign Military Sales (FMS) process, providing the sale is approved by the U.S. Congress.

Saudi Arabia plans on topping up its stocks of AIM-120 Advanced Medium-Range Air-to-Air Missiles, or AMRAAMs, with a batch of no fewer than 280 examples, worth $650 million, with which to arm its fighter jets. The planned missile spending spree comes as the Royal Saudi Air Force (RSAF) continues its relentless campaign to shoot down drones launched against its territory by Iranian-backed Houthi rebels in neighboring Yemen.

On early November, the US Defense Security Cooperation Agency announced that the US had approved arms sales to Saudi Arabia, involving 280 AIM-120C7 missiles. In response, a State Department spokesperson said, “Over the past year, we have seen an increase in cross-border attacks against Saudi Arabia.

The use of AIM-120C missiles on Saudi warplanes, has played an important role in intercepting the continuous attacks of UAVs. Therefore, the export order to Saudi Arabia is to ensure the country’s ability to withstand the attacks of the Houthis.

The AIM-120 missile can effectively repel “low, slow and small” drones, as the Houthi armed forces, which hit deep into Saudi targets, are becoming more and more effective.

However, the main problem with using this advanced US air-to-air missile against low-tech aircraft produced by the Houthi armed forces is its high cost. This is a typical high-tech, asymmetrical form of warfare.

The number of armed UAVs of the Houthis, although very “simple”, cost Saudi Arabia a great deal; but Hauthi paid a very small price. The lesson of Houthi forces using cruise missiles and UAVs, attacking two oil refineries Khurais and Abqaiq in September 2019 is a typical example.

But the cost with “giants” like Saudi Arabia “doesn’t matter”; In 2017, the Saudi-led multinational coalition used a $3 million Patriot missile to shoot down a small quadrotor drone that cost as little as $1,000.

It should be known that the AIM-120 missile is not cheap at all, and its target is enemy fighters or cruise missiles. Although Saudi Arabia’s missile procurement also includes training, support, spare parts, maintenance and other additional costs; Therefore, the unit price of the latest batch of AIM-120C7  was 2.3 million USD/unit.

But Saudi Arabia’s purchase of US-made missiles is not a very expensive deal; In 2018, the UK bought 200 AIM-120D missiles with slightly more advanced performance, the price was also $650 million, and the price of each rocket exceeded $3 million.

And Japan bought AIM-120 missiles in 2018, the unit price was about 2 million USD/unit. Canada seems to have paid the most for the AIM-120 missile; According to information, in 2017, the country spent 140 million USD to buy 32 missiles, each missile cost more than 4 million USD.

On the other side are armed Houthi drones, including the long-range Samad UAV. These simple planes can fly 1,500 km or more and drop GPS-guided bombs on targets.

The Samad UAV has a wingspan of less than 5 meters and is manufactured using commercial electronics, widely available on the Internet. The estimated cost of this most expensive Houthi UAV is in the tens of thousands of dollars and the Houthis are now able to mass-produce this type of UAV; although they seem to have to resort to Iranian technical help.

The Houthi armed forces also use a variety of smaller suicide attack drones, including the Qasef-2K UAV, etc. These UAVs are designed to explode in the air and drop lethal grenades over a wide range. 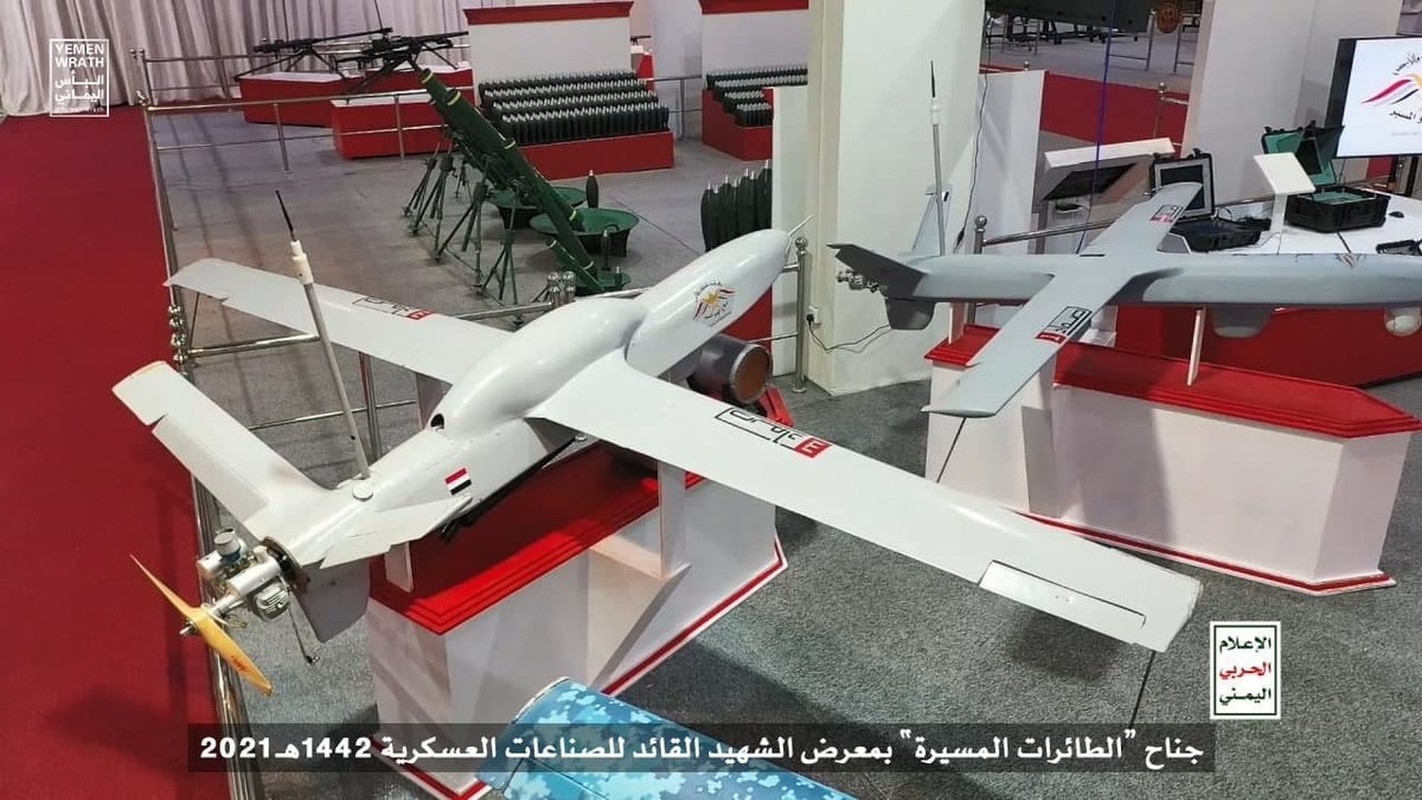 Many other types of UAVs, which are widely used by the Houthis armed forces, are just small civilian drones, which can be easily purchased on online shopping sites, for as little as 150 USD.

US military analysts saw the advantage of small UAVs; this also prompted the Pentagon to accelerate the development of conventional UAVs and combat UAVs of the “Flying Wings” program, at a cost of only a few million dollars each; while a manned fighter aircraft, will cost at least tens of millions of dollars

While it may seem expensive, Saudi Arabia seems content to use $2 million worth of missiles against drones that cost just a few thousand dollars. Because they can’t afford these UAVs to attack their airports, destroy oil and gas facilities, or attack oil tankers.

In this asymmetric war, every advantage seems to be in the side of the Houthis. So far, Saudi Arabia has been able to sustain this war. The Houthis may also want to increase the frequency of drone attacks, as they have an advantage.

However, “Giant” Saudi Arabia is currently too rich, so they do not regret “golden bullets” to shoot “turkeys”; unless the number of attacking Houthi drones increases dramatically.