The People’s Liberation Army (PLA) of China has been using red tarpaulins over their tents and other equipment in Eastern Ladakh to indicate control over the area, especially in Pangong Tso and Galwan.

china has been swallowing up entire autonomous regions and pecking at strategic locations of its neighbours all through modern history. At present, it is trying to deceive the world of its expansionist moves in Ladakh and South China Sea.

The People’s Liberation Army (PLA) of China has been using red tarpaulins over their tents and other equipment in Eastern Ladakh to indicate control over the area, especially in Pangong Tso and Galwan.

Every army tries to understand the techniques and principles of camouflage and concealment to ensure survivability. The PLA too has been making great efforts to make sure its movements are not detected by India.

Keeping in mind national security, the actual operational locations along the Line of Actual Control (LAC) are not being discussed in this article. However, PLA’s practices are being studied to reveal its exact methods of camouflage and concealment. China has been observed using various types of camouflage schemes to meet the requirements of different terrains. There are at least six patterns the PLA uses to avoid detection of its men and machinery in the battlefield.

It uses ravines and gorges in mountainous areas to merge troop deployment with the surroundings. It very effectively uses trees to hide vehicles and VIP shelters. Large sheets of camouflaged nets are spread over the complete area to evade detection. 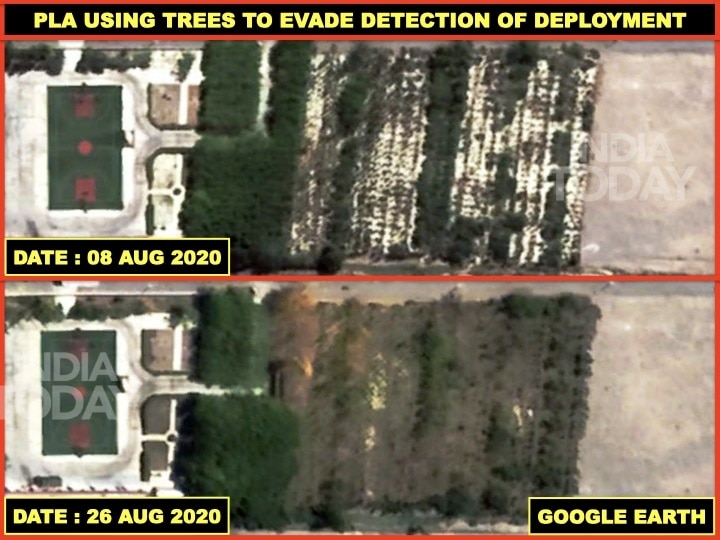 The PLA makes it difficult to identify targets by using realistic measures to merge them with the background. Chinese forces avoid operational patterns by restricting movements, applying recognition factors and dispersion.

Deception measures assist in masking from the enemy the real intent of a combat operation. It helps in achieving surprise by creating additional targets for the adversary, thereby diverting focus from the main activity.

China using decoys to depict large troop movements with a small force has been a very old practice. Today, PLA uses deception as part of the national security policy. Its air force PLAAF has been trialling many foreign aircraft decoys that are not widely known. 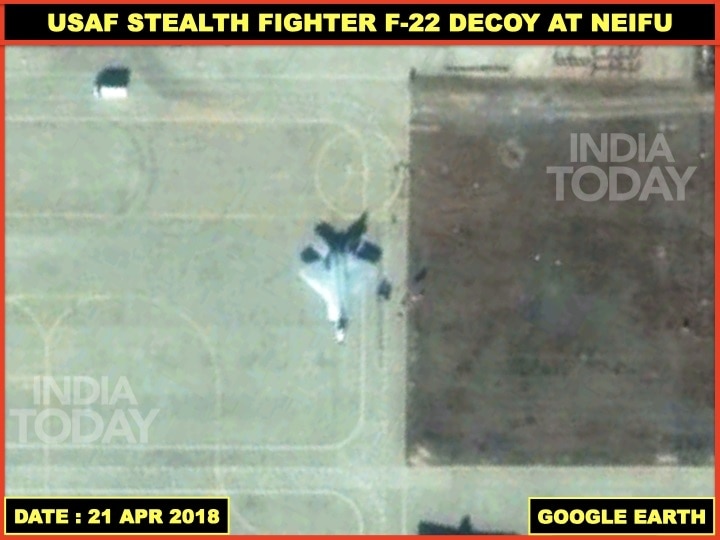 The United States Air Force’s stealth fighter jet F-22 was once observed deployed at PLAAF’s Pucheng Neifu airport. A factory producing such decoys was identified close to Chengdu, the capital of Sichuan province. A large number of decoys, including armoured vehicles, a JF-17 aircraft with Pakistani colours and an SR-71 Blackbird, a high-altitude strategic reconnaissance aircraft of the USAF, were seen displayed outside this factory. Beijing’s official mouthpiece ‘China Central Television’ (CCTV) recently showed a battery of HQ-16 surface-to-air missile decoys along with the radar decoy. At least one full decoy unit of the PLA Rocket Force has been identified, deployed in the Northern Theater Command. It is not being discussed here.

China is trying hard to degrade the effectiveness of India’s reconnaissance, surveillance and target-acquisition capabilities by using camouflage, concealment and decoys. But it is extremely difficult to hide from well-trained eyes and sophisticated sensors that can catch every small detail.