According to the American magazine 19FortyFive, with the advanced features of the S-500 system, Russia can make all US weapons useless, if desired.

Comments are made by the US newspaper when talking about the top features of the S-500 defense system that the West does not have. Opening the article 19FortyFive newspaper said that the Russian S-500 Prometheus complex could deprive the US military of the “eye” and hit the Pentagon’s most critical point.

What makes the S-500 unique is that it can not only detect but simultaneously intercept 10 ballistic missile warheads traveling at more than 6 km/s. This weapon will render stealth aircraft useless even if it is the US F-35 Lightning II. The latest multi-mode missiles 77Н6-Н and 77Н6-Н1 will easily accomplish these tasks. 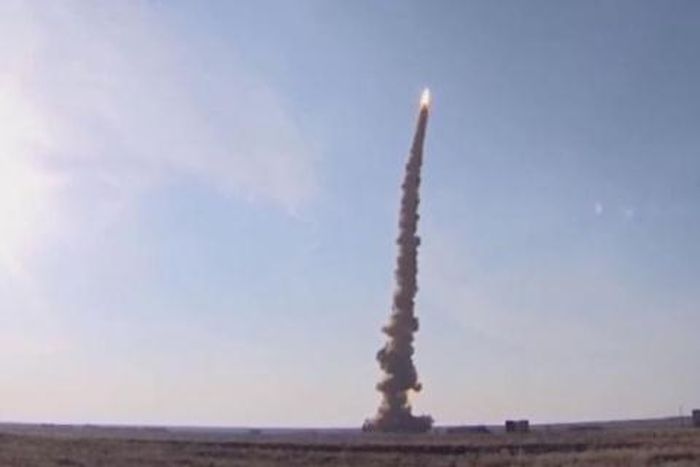 More dangerous, the S-500 is also capable of destroying military satellites. “They are practically unprotected, despite their importance, as eyes to the US Armed Forces. The S-500 can use this vulnerability to bring the entire US military to a stand “, the American newspaper wrote.

Along with that, expert Mark Episkopos of National Interest magazine also said that the S-500 alone is enough to destroy the US stealth and hypersonic achievements.

According to the American expert, in Russia’s latest weapons projects, the S-500 is one of Moscow’s most eloquent responses to US fifth-generation stealth fighters such as the F-35 Lightning II and F-22 Raptor and hypersonic weapons.

The new system not only outperforms the predecessor S-400 model, but also has many new features that put it in a class of its own in terms of performance. The S-500 system is equipped with modernized 77N6 series missiles and is capable of intercepting cruise and hypersonic missiles as well as other vehicles flying at supersonic speeds.

In addition, the complex can hit ballistic missiles within a radius of 600km and up to ten missile warheads traveling at more than four miles per second. Mark Episkopos quoted the manufacturer as adding that the new system, the S-500, could also pose a threat to certain types of low-orbit satellites.

“The S-500 is a blow to America’s credibility. Our system neutralizes America’s offensive weapons and bypasses the air and missile defense systems that are still advertised by the US.” The author of the article quotes Pavel Sozinov, chief designer of the Almaz-Antey developer and production group.

Episkopos emphasizes that the S-500 is an additional link in Russia’s defense network. The new complex is designed to work together with older missile defense systems, such as the S-400 and S-300, as well as with a large number of short- and long-range air defense missile systems. middle.

“When the S-500 is officially on duty, this weapon will pose a serious threat to most Western air targets, rendering the achievements of US stealth and hypersonic weapons useless. meaning,” said the American expert.

Along with that, a source from the Russian Defense Industry Complex also confirmed that, with the capabilities of the S-500 high-altitude defense system, the task of intercepting weapons such as the US LRHW hypersonic missile is not a difficult thing.

“The latest defense system S-500 Prometheus is capable of intercepting hypersonic air-space attack vehicles in flight at even greater speeds. The US LRHW complex that the publications broadcast The information mentioned is also in the target group that the S-500 can hit with a high probability,” the source said.

Earlier, the media and the military said that the LRHW would allow the US to strike Russia in the event of a conflict. Assuming that the maximum speed of this warhead reaches Mach 17, this combat block can destroy targets at a distance of up to 2,700 km.

“Taking into account the fact that in the concept of the LRHW the warhead will be a hypersonic flight part with low maneuverability, it will not be a problem for the S-500 to destroy it,” the Russian Defense Industrial Complex said.