The specialized nuclear submarine Belgorod for the Poseidon nuclear torpedo has set sail for its first factory-level sea trial.

On June 25, the Belgorod nuclear submarine set sail for the first time, the status tests will begin. A source in the shipbuilding industry said that by the end of 2021 the ship will be handed over to the customer.

However, until now, Sevmash – the unit responsible for the construction of the new Belgorod has not made any comment on the above information. 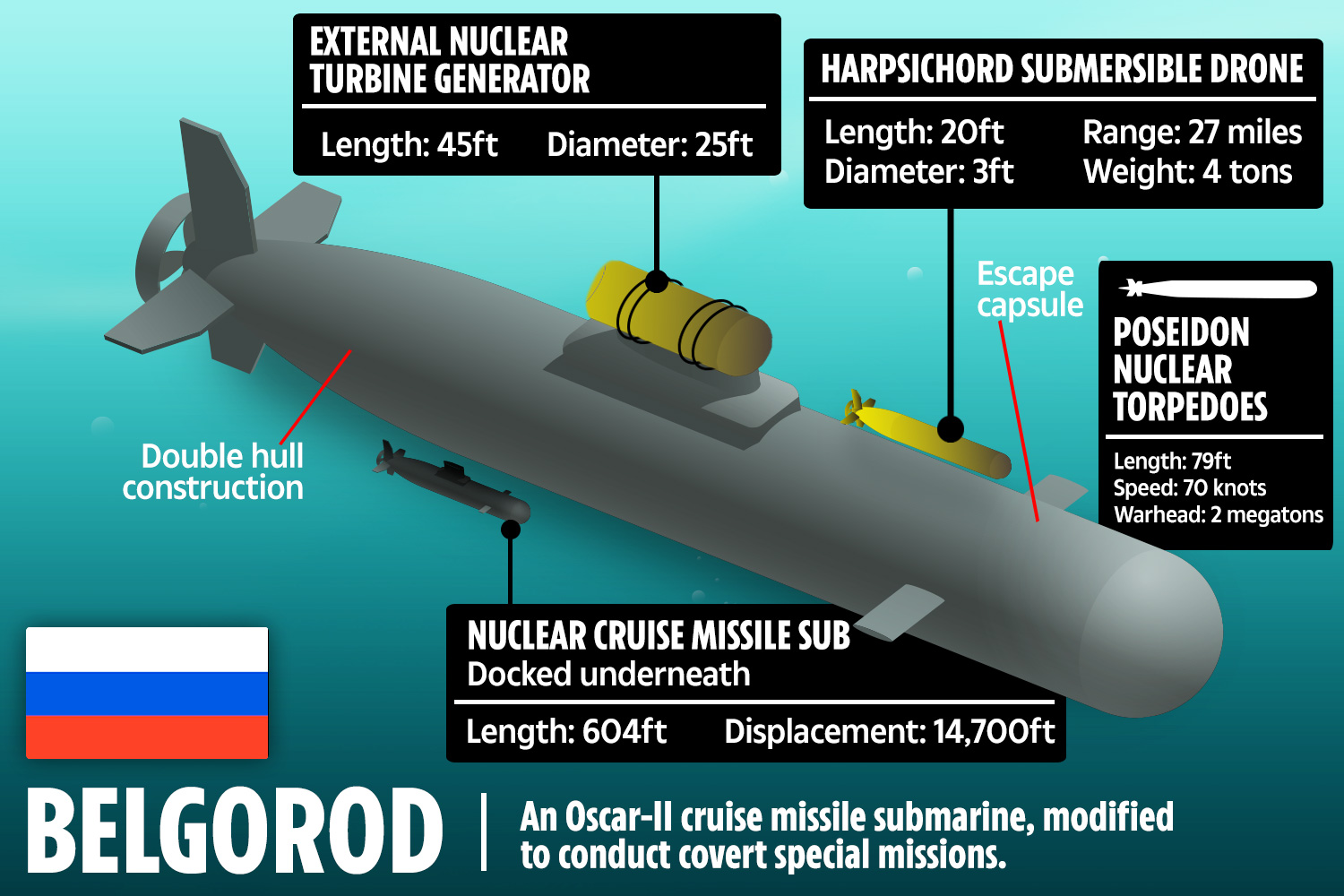 The technical characteristics of the ship are not disclosed, according to public sources, the Belgorod is distinguished by its low noise thanks to its special design. At the launch ceremony, the pusher was carefully shielded to avoid revealing secrets.

The thing to say about the submarine named Belgorod – Project 09852 is that in fact the record was set not in terms of displacement but in length of the ship, up to 184 m (12.5 m higher than the submarine Akula).

The Belgorod is the culmination of a program to upgrade Antey-class submarines (Project 949A nuclear-powered cruise missile submarines) after it was halted in 2006, when the ship was nearly 76% complete. .

The steel laying ceremony for a new nuclear submarine using the hull of the unfinished one took place in December 2012. To keep it a secret, the purpose of its manufacture is kept hidden by a “distraction” move. 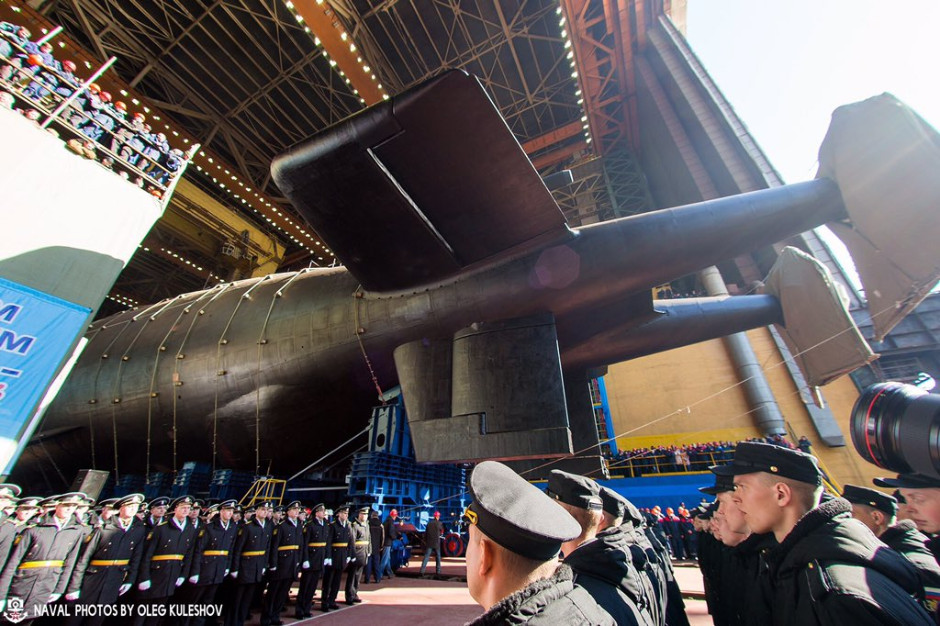 Russian media call Belgorod a nuclear submarine for research and transport of diving equipment operating independently and not independently. The customer for the order is the Seabed Research Agency (GUGI) of the Russian Ministry of Defense.

According to the introduction, Belgorod will conduct research on the seabed of the continental shelf in the Arctic region of Russia, search at great depth for mineral resources, as well as deploy underground equipment systems.

Specifically, with the support of deep diving equipment, subsea atomic modules will be installed for the purpose of refueling independent diving machines.

This super-large nuclear submarine will ensure the deployment of the global seabed control system that the Russian Army plans to build under the Arctic waters.

The above program is frequently avoided by the representative of the Russian Navy to answer directly in the form of “according to some data”, “there is a basis for conjecture”, “most likely” … rather than giving any any affirmation.

That shows that Belgorod as well as another project 09852 built in Severodvinsk with the name Khabarovsk are the most kept secret submarines of the Russian Navy fleet.

However, immediate suspicion arose as the Russian Seabed Research Service showed no interest in the submarines, and no GUGI representatives attended the steel laying ceremony for both ships. .

Everything was only completely cleared up after Russian television “accidentally” published a photo clearly showing the function of the super-large nuclear submarine Belgorod in a report: the ship was designed specifically for Poseidon torpedoes.

Although it has been identified as a submarine for combat purposes, the specific functional classification of the Belgorod as a strategic submarine or an attack submarine remains unclear.

But with Poseidon torpedoes, Belgorod submarines can perform both roles, when both launching a ground attack and destroying the enemy’s carrier attack group.