On September 24, near the city of Kupyansk in Kharkiv Oblast, a Su-34 of the Russian aerospace force was shot down in the “gray area” while retreating from a bombed target. A well-informed Bo briefed the public on the situation, providing interesting details of the recent rescue of Russian pilots during his stay in Ukraine.

The pilot was “Stari Petruka” and the navigator was “Major Nikolaishi”. Immediately after being hit by a Ukrainian air defence missile, the control failed. The bomber began to fall, and the crew experienced a severe overload.

The pilot noticed the height between the ground and the plane was only 25 meters when he popped out of the cockpit, landed two seconds later, broke his leg, and the pilot’s parachute dome was nearby, alive and the same, and the arm was broken in two places. A pilot unlifted his parachute and saw Nikolaich, 10 meters away, motionless, unconscious, but slightly moved.

The pilot realized that the time was very short, because at any time the enemy could appear to see the parachute open. So the pilot grabbed the navigator, dragged him across the swamp, dragged him to the nearest bush, and hid 30 meters away. 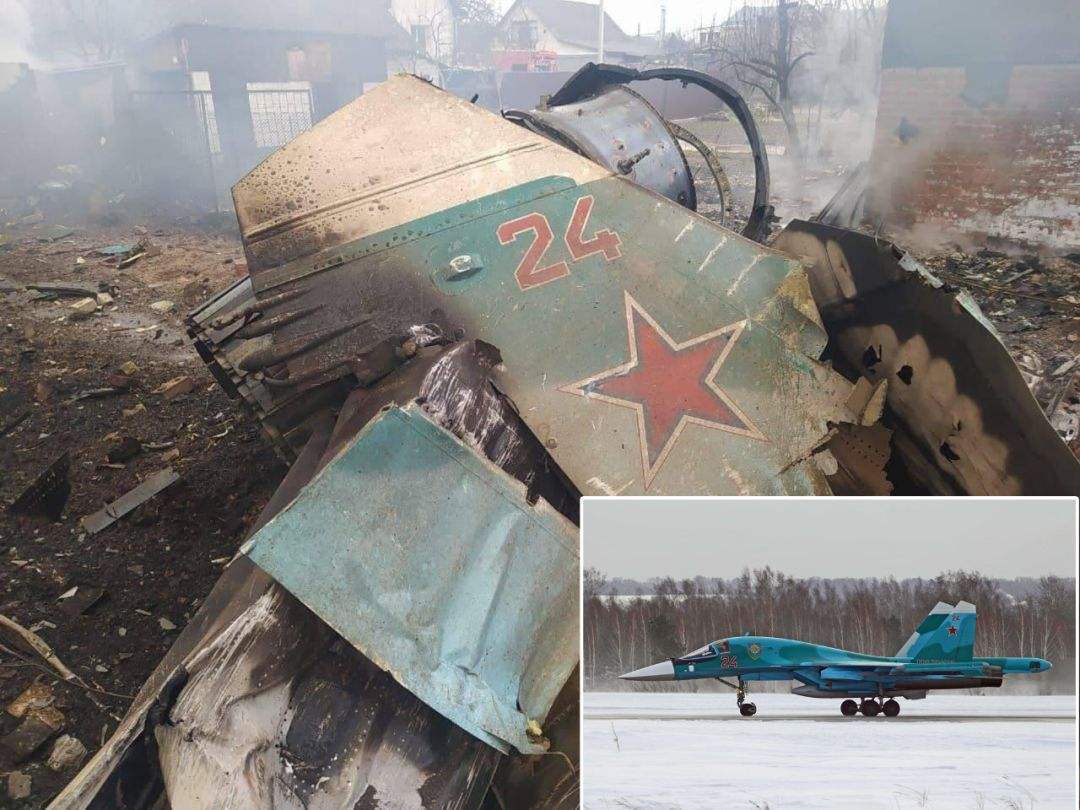 In fact, within 10 minutes, the Ukrainian military arrived in three vehicles. About 15 of them are combing through the surrounding area. The navigator’s right arm was also fractured, but he was able to get a grenade and a semi automatic pistol. They pulled checks out of grenades, turned their gun bolts, said goodbye to each other, and waited. They decide not going to surrender and prepared for death.

Soldiers of the Ukrainian Armed Forces walked around and found emergency bullet seats and parachutes. Some of them then took the parachute they found to a location to attract the helicopters of the Russian rescue searchers there. The rest of the Ukrainian Armed Forces were driven to comb through nearby villages, thinking the crew of the Su-34 had been hiding there, but then the artillery began to work. The Ukrainian army returned to its positions and from there began shelling the surrounding area with small arms.

The radio was silent: no one talks to the pilot whether at a given frequency or in an emergency (the frequency of searches changes at night, but some forget about it or didn’t wanted to contact).

The Russian pilots were thirsty and ran out of water in their bottles, so they drank directly from the swamp. The pilot waited until dark. The GPS navigator shows it was 50 kilometers from the border, walking in the right direction. They lingered for a long time, cautiously going down their path. Over the course of 13 hours, under the influence of adrenaline and painkillers, they managed to walk nearly 30 kilometers over the rugged terrain, to some villages.

The compressive fracture of the navigator’s spine began to show that he could not run, so the pilot took his brother and went to the village for reconnaissance. The pilot saw some trustworthy grandfathers and asked directly, “Are there Russians in the village?” “Yes,” said the old man, waving at the nearby warehouse. The pilot returned to the navigator and dragged it to the old man’s house. The old man pulled it out and sent it to a safe place.

Since the beginning of the war, Su-34 bombers have been bombing the ground at extremely low altitudes in the belly, attacking the enemy with bombs and missiles around the clock.