The Russian-Ukrainian battlefield is relatively comparable to the Kherson battlefield in the endless steppe. The Kharkiv-Severodh Donetsk region is more complex in terrain, with a large number of small highlands, forested swamps, and rivers. The road network is not good, and there are many small villages and towns. As a result, the entire battlefield is also more complex.

So far Ukrainian Army’s offensive is unusually smooth, more than 3,000 Russian internal guard units and armed mobilizers were almost defeated, and a small number of Russian paratroopers failed to stop the Ukrainian army’s thousands of assault troops alone, and quickly retreated backward. Now, the Ukrainian army has occupied an area that can cut the supply line of the Russian Army of Izyum.

Moreover, Balakliia is also a highland, 70-90 meters higher than the surrounding area, which is conducive to the Ukrainian artillery bombarding and controlling of the surrounding 30 km area.

This time, the Russian army was defeated and retreated in a hurry, and even the Russian paratroopers were ambushed by the Ukrainian army on the way back. During the battle, the Ukrainian special detachment desperately and quickly set up an ambush area on the Russian rear road and destroyed a number of Russian paratrooper fighting vehicles. In the rush to evacuate, the Russians forced the river and even plunged a bunch of armored vehicles and infantry fighting vehicles into the mud. There were even a number of Russian armored vehicles that turned out directly in the river and turned into pontoon bridges.

A few days back the Ukrainian army hit several bridges with US-guided missiles, as a result successfully cutting off the logistic.  However, the Ukrainian army used hundreds of rockets to destroy all the bridges in the Russian-controlled area on the Dnieper River, isolating the 20,000 Russian troops in the city of Kherson on the west bank of the river.

At the same time, the main force of the Russian army of Izyum was attracted to the battlefield of Kherson. Now, the Ukrainian army suddenly launched a counterattack in the direction of Izyum, only a few kilometers away from Kupiansk, the logistics hub of the Russian army on the northern front. The tens of thousands of main Russian troops who were drawn from Izyum to the east bank of the Kherson River on the Hipposian Bridge could only watch but could not do anything about it. 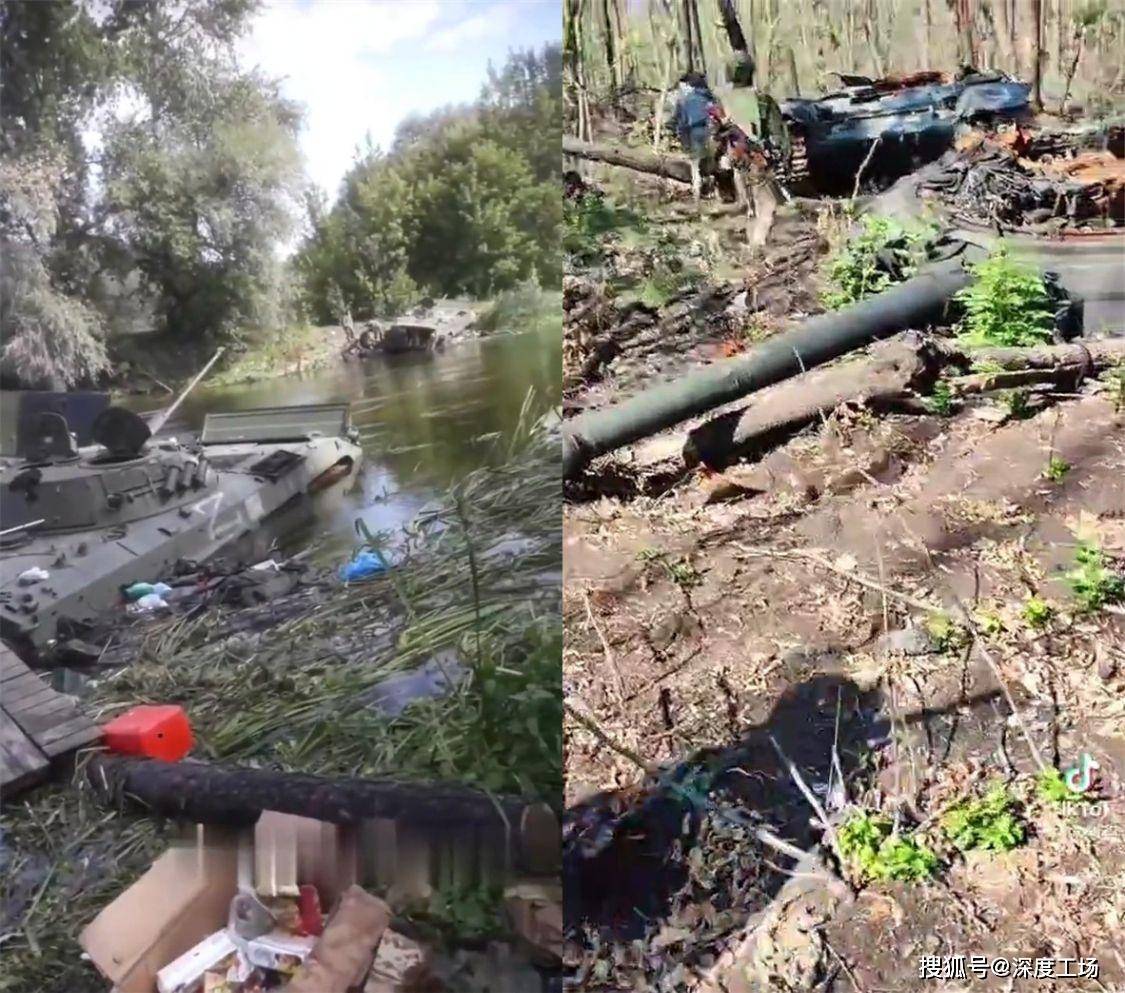 If the Ukrainian army can seize Kupiansk, it can not only obtain a large number of weapons and ammunition stored by the Russian army. Moreover, the logistics of the Russian forces in Izyum and Lysychansk will be cut off.

Now Ukrainian mortars can begin to bombard Russian targets in Kupiansk, only a few kilometers apart. The most important thing is that behind the Russian army in the region is the Oskil River – North Donets River. In order to ensure the logistical support of the city of Kherson on the Dnieper River, the Russian army transferred the main force of the Boat bridge troops to Kherson, and now the water is far away from quenching the thirst.

It is very likely that the Ukrainian army will not directly attack the city of Izyum for the time being, and it is still necessary to take the two bridges on the Kupiansk and Oskil rivers first. Cut off Russian supplies from Belgorod to Kupiansk, cut off the Kupiansk-Izyum highway, and cut off its grain routes.

When the Russian army is trapped between the north and south and the Ukrainian forces’ salient is not covered in dumplings, why are they so wedged in there in case they entice the enemy deeper? The Ukrainians may, however, have more forces in the core than the Russians have on the flanks, and they may still be launching a north-south assault. Now, all that remains to be seen is how swiftly the Russian Army and Belgorod’s major troops in Donbas can be mobilised.