The Russian Defense Ministry said on January 7 that dozens of Russian military transport vehicles had joined the deployment of troops to Kazakhstan to deal with escalating protests.

More than 74 aircraft, including IL-76 transport aircraft and AN-124 heavy aircraft of the Russian-led Collective Security Treaty Organization (CSTO), were deployed to Kazakhstan in response to calls of the President of Kazakhstan Tokayev.

“Military transport planes continue to deploy the Russian CSTO peacekeeping force to Kazakhstan,” the ministry said in a statement.

The image shows a number of weapons carried by transport aircraft Il-76 and An-124 to Kazakhstan: 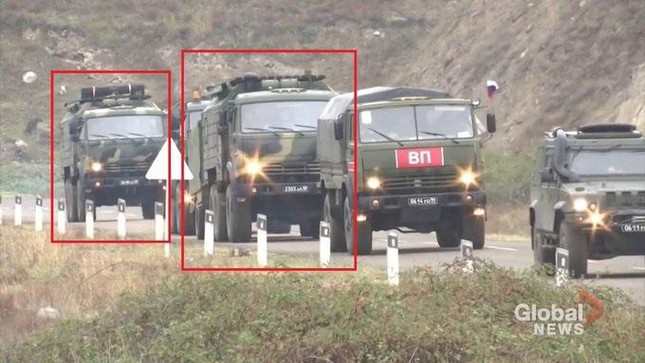 The RB-341V Leer-3 complex is composed of 2-3 Orlan-10 drones and a maneuvering control system mounted on a Kamaz truck chassis.

The truck serves as a ground command center for drones capable of jamming. Thanks to the ability to stay in the air for a long time, the Orlan-10 drones ensure constant surveillance of the target area. Photo: Global news.

BMD is an infantry fighting vehicle (IFV) designed to transport Russian paratroopers, increasing mobility as well as protecting airborne troops on the battlefield. BTR-MD is designed based on the chassis of the BMD-4 paratrooper’s armored combat vehicle, carrying 13 soldiers.

BTR-82A is considered one of the most modern armored personnel carriers of the Russian army, upgraded and improved significantly compared to the old version, with improved armor, equipped with an observation system. nighttime, GLONASS satellite navigation system and more powerful engine.

Russia did not specify the size of the operation to support Kazakhstan this time, but confirmed that the number of troops on peacekeeping missions would not exceed 5,000 people. The CSTO is said to have sent about 2,500 troops to Kazakhstan. This force will remain in Kazakhstan for several days or weeks until the situation is stabilized.